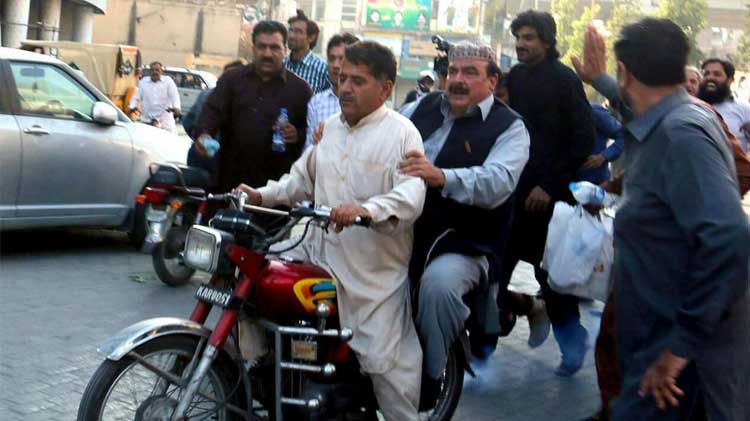 No stranger to one liners that leave his admirers and critics wanting more, Shiekh Rasheed, the Pakistani politician and chief of his party Awami Muslim League has been making news all day long today.

This time he’s not in the news for his words but rather his daring escapade in Pindi as he evades arrest from the authorities vis-a-vis the Islamabad lockdown.

In this age of social media, his exploits have been captured and gone viral, and people will be talking about this for years to come.

Did Shiekh Rasheed prove that heroics are not just reserved for those with six packs? Lets dig in.

Every legend is born if he stays true to his local roots. And this is exactly what the wily politician/escape artist did:

Even in these times of despair, Sheikh Rasheed stuck with his Pindi roots and used a CD-70 to escape from Lal Haveli. Legend.

There’s video of the same:

Her: Come over
Me: Can't, under house arrest
Her: My parents aren't home…
Me: https://t.co/hx9OxAZ6Rg

Seems like the Shiekh is a fan of Temple Run:

No meme is complete without the ‘You vs. the Guy She tells you not to worry about’ treatment.

You vs the guy she told you not to worry about. pic.twitter.com/cTqhpMvlXs

Just what I wished for. I didn't chose thug life, thug life chose me #SheikhRasheed pic.twitter.com/S7JWzHurBL

We think he can do a song parody by himself as well:

Then of course, there’s Shiekh Rasheed, the sharpest rap star in the Pindi ‘hood:

More on the same: 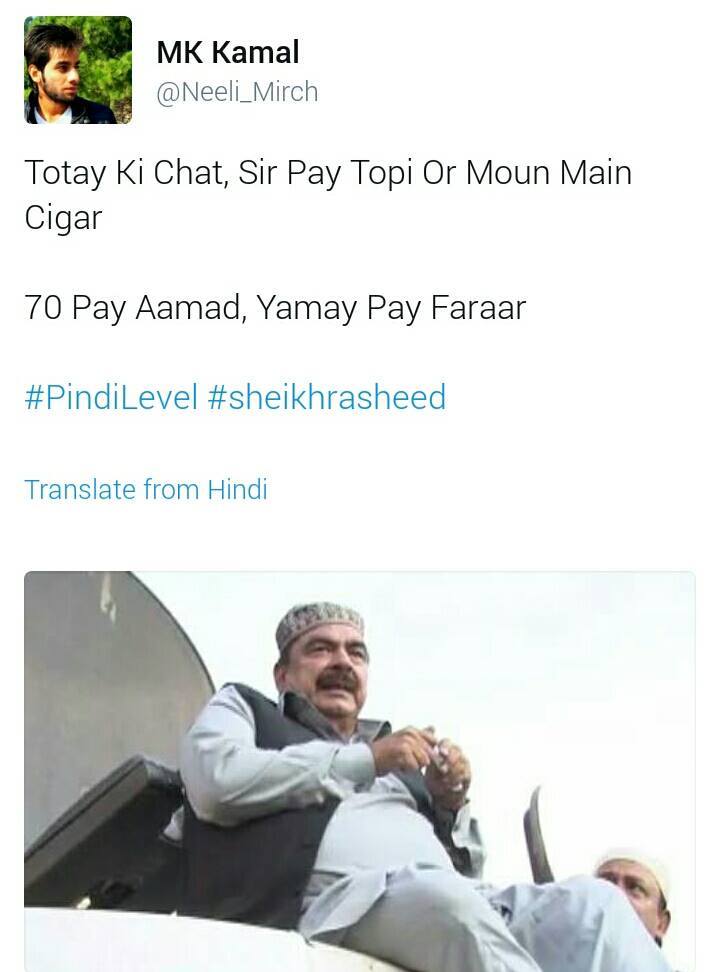 Sheikh Rasheed Still A Better Runner Than Many OF Our Runners!#SheikhRasheed pic.twitter.com/24Pe2fPTgd 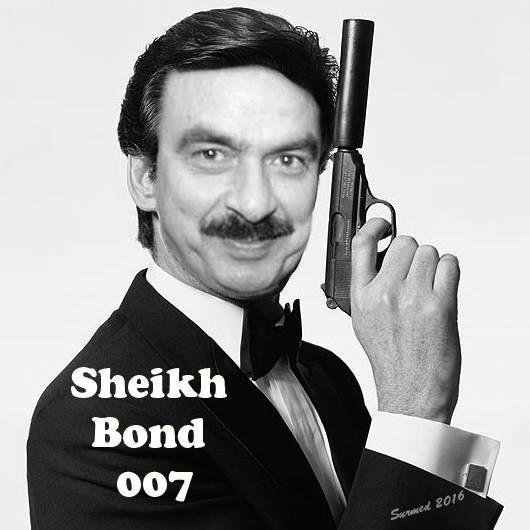 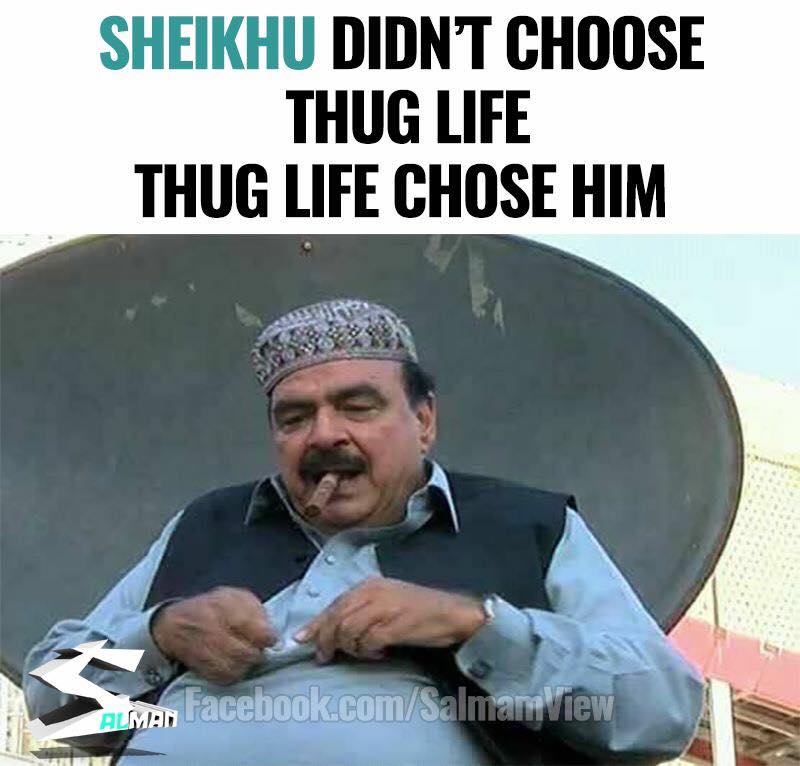 Pakistani Twitterati is not going to let anyone forget this for a long time. Let us know which were your most favorite tweets in the comments below.