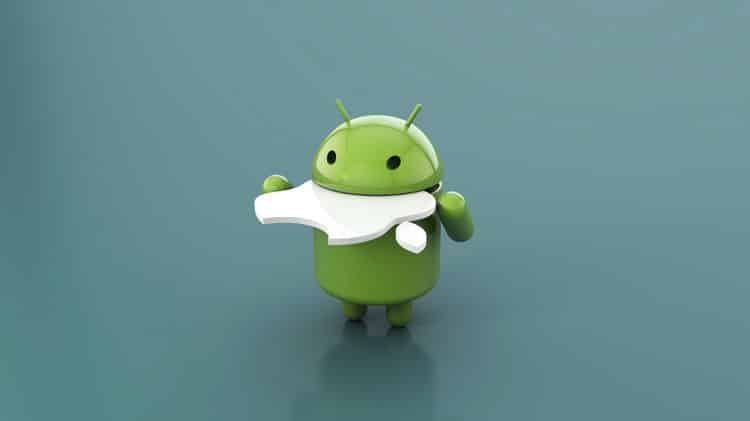 Don’t let anyone fool you otherwise; with every passing day Google’s grip over the Mobile market strengthens. According to Strategy Analytics, phones running on Android now amount to a staggering 88 percent, or just about 9 out of every 10 phones sold.

That’s a slight increase from around 84.1 percent in the same quarter a year ago. Most of this growth has come at the expense of the rest of the competition, as it increased its shipments by more than 30 million, from 298 to 328.6 million smartphones. This represents a growth rate of 10.3 percent, which makes it the fastest growing OS in the market. 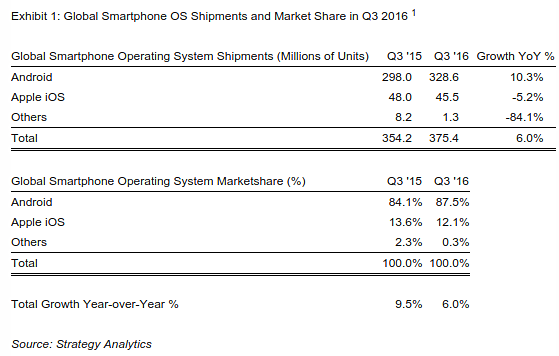 Apple’s iOS saw declining sales for the iPhone in the last three consecutive quarters, and as a result slipped from 13.6 to 12.1 percent. It shipped around 2.5 million fewer phones than before, down to 45.5 million, as it found it difficult to penetrate markets such as China and Africa.

Meanwhile, there is hardly a market remaining for the rest of the OSes, as Microsoft’s Windows Mobile, BlackBerry and Samsung’s Tizen scrambled to just 0.3 percent share of the market, or just 1.3 million units in sales, down from 8.2 million in the same quarter last year.

This unexpected result was down to the former two companies making a strategy shift, with Microsoft admitting its failure and BlackBerry embracing Androids, while Tizen failed to gain traction with its limited launches and developer support.

Overall, the market grew by 6 percent, still an impressive growth rate, despite concerns of saturation. Overall sales now stood at a collective 375.4 million