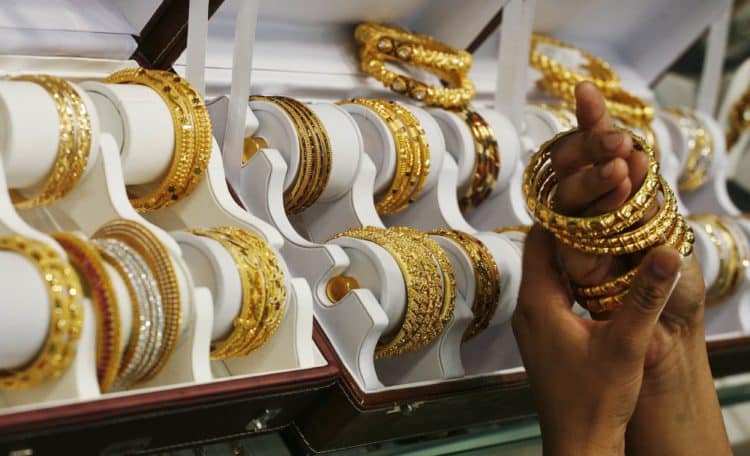 Gold prices are at their lowest in the past five and a half month due to strengthened dollar.

The traders says that gold prices in domestic and international, both markets, have failed to make any headway. The reason has been the newly elected US President Donald Trump who has boosted the expectation of US spending, as the dollar rose to an 11-month high against a basket of major currencies.

“The main reason behind this decline is international gold prices, which have been sliding in the world that’s why the investors are purchasing dollar in open market,” said Pakistan Forex Association President Malik Bostan. Small gold importers purchase dollar from the open market, he said.

He also added that banks’ only source of dollars was the country’s remittances and exports, which have failed to improve and are declining for a long period. “If the remittances, exports and Foreign Direct Investment did not increase, the dollar may go up in the Interbank and Kerb”, he claimed.

He said the people invested where they thought their investment was saved therefore in Pakistan ordinary people are coming in the foreign currencies.

SPDR Gold Trust, the world’s largest gold-backed exchange-traded fund, said its holdings have fallen 0.76pc to 934.56 tonnes as of Friday.