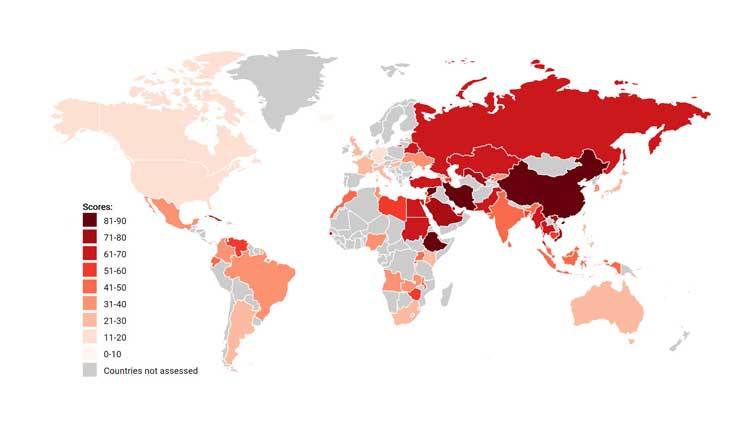 Pakistan has been included in the list of countries with lowest score for “Freedom on Net”.

The index is prepared by a Washington DC based research firm called “Freedom House”.

In its “Freedom on Net 2016” report, Freedom House said that Pakistan scored 69 (with 0 as best and 100 as worst) for Internet Freedom.

It said that while internet freedom has been impacted with recently introduced cyber crime bill, however, overall score remained unchanged due to opening up of YouTube and an increase in over-all internet penetration in the country. 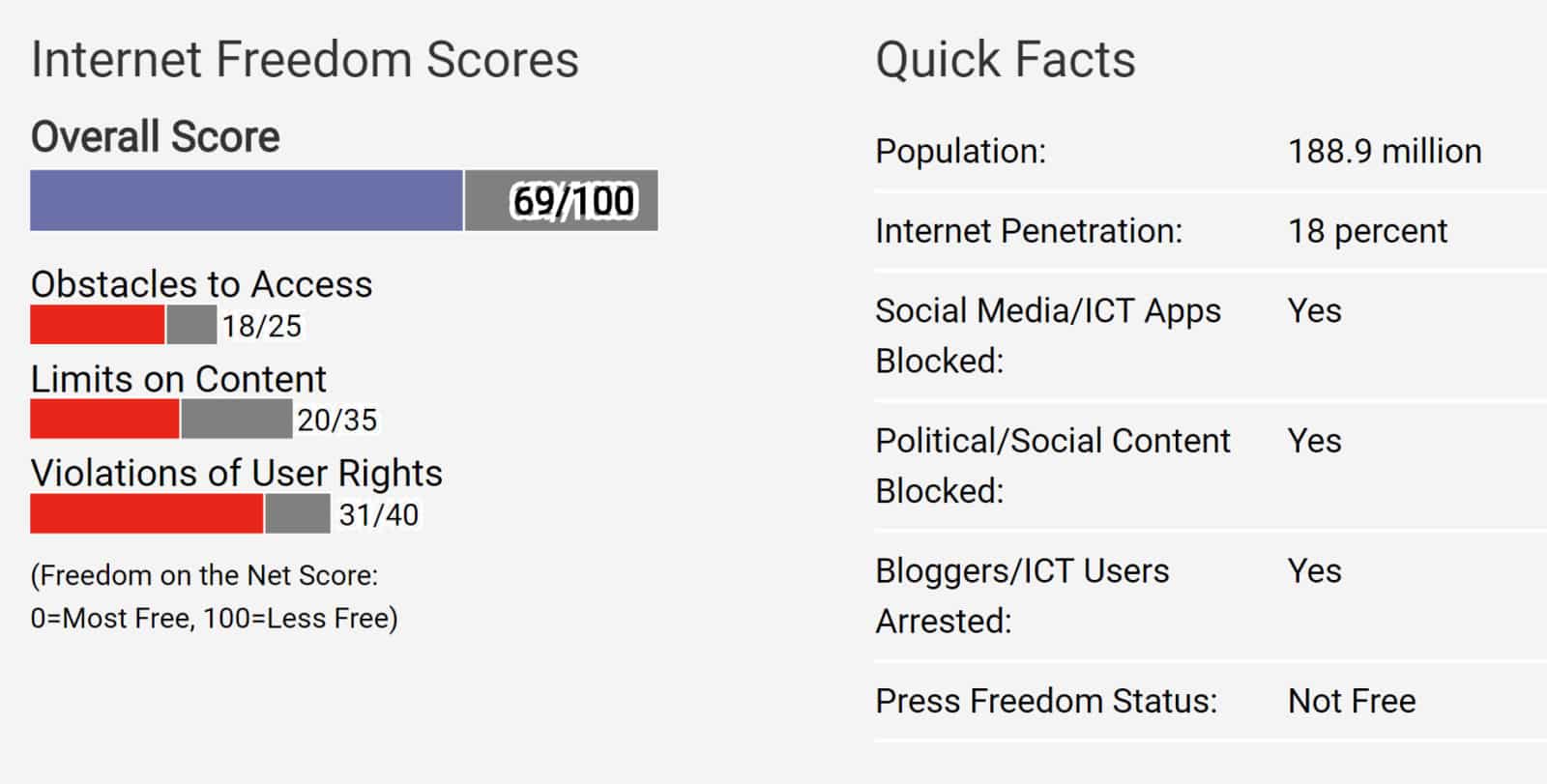 According to report, key developments for Pakistan during June 2015 till May 2016 Included:

Freedom on Net report said that Pakistan’s internet penetration increased during last two years, thanks to the launch of 3G and 4G services in the country.

More reliable broadband internet on wired infrastructure, however, remains a distant dream in the country as only urban areas are covered through wired networks, that too with deteriorating media.

Report said that a large number of people — mostly in remote areas — lack broadband access and they depend on slow dial-up connections or EDGE, an early mobile internet technology.

It said that while 3G and 4G networks are making inroads but rollouts are slow, as telecom operators are focusing more on urban and high revenue generating areas while leaving out rural or less populated spaces.

In such areas, meaningful online activity like multimedia training can be challenging, the report said.

Report further emphasizes that while internet access if gradually increasing among girls and women, but online harassment has discouraged the utilization of ICTs by women, especially those under 30.

Report said that fingerprint registration for obtaining data SIMs has worried the activists who rely on anonymous internet access.

Report said that, unlike from 2006/07, Pakistan has now more redundant internet as there are multiple internet nodes and international bandwidth connectivity.

PIE operated the nation’s sole internet backbone until 2009, when additional bandwidth was offered by TransWorld Associates on its private fiber-optic cable, TW1.

The company signed an agreement to build the fourth cable, considered to be one of the world’s largest, in 2014.

The AAE-1 cable, projected to be completed by the end of 2016, will connect countries in Asia, Africa, and Europe.

Moreover, as in previous years, Pakistan faced electricity shortages during the reported period, especially when demand peaked during the summer months, leading to internet down times for individuals across the country.

Cellular suspensions, during religious and political sensitivities, remained a bottleneck for the citizens who were cut from internet on multiple occasions.

According to report there are over 50 ISPs in Pakistan, 10 of those provide DSL services.

It said that the government regulator, the Pakistan Telecommunication Authority (PTA), exerts significant control over internet and mobile providers through a bureaucratic process that includes hefty licensing fees.

Additionally, after 2014, there are 3G and 4G operators that provide internet connectivity in the country. Although so far limited to urban centers, mobile companies report that they are rapidly expanding the networks.

Internet cafes do not require a license to operate, and opening one is relatively easy. Child rights groups have argued that cafes should be regulated to prevent inappropriate access to pornography and gambling sites.

According to Telecom Policy 2015, Pakistan Telecommunication Authority is now the in-charge for blocking any content on the internet.

PTA is mandated to monitor and manage content including any blasphemous and pornographic material in conflict with the principles of Islamic way of life as reflected in the Objectives Resolution and Article 31 of the Constitution.

Regulator can itself decide to either ban or not to ban a content. Anyone can write to PTA to file a complaint on content that’s objectionable, based on following reasons:

According to Freedom on Net Report 2016, critics believe these issues can serve as cover for politically motivated censorship of dissenting voices. Information perceived as damaging to the image of the military or top politicians, for example, is also targeted.

Report highlights that the whole process for blocking content is not transparent and that there are no published guidelines outlining why content is blocked or how to appeal if something is blocked.

Report said that it didn’t find any URL level blocking or any instances of app blocking during the reported duration.

The report, however, said that most online commentators exercise a degree of self-censorship when writing on topics such as religion, blasphemy, separatist movements, and women’s and LGBTI rights.

More on Freedom on Net Report: