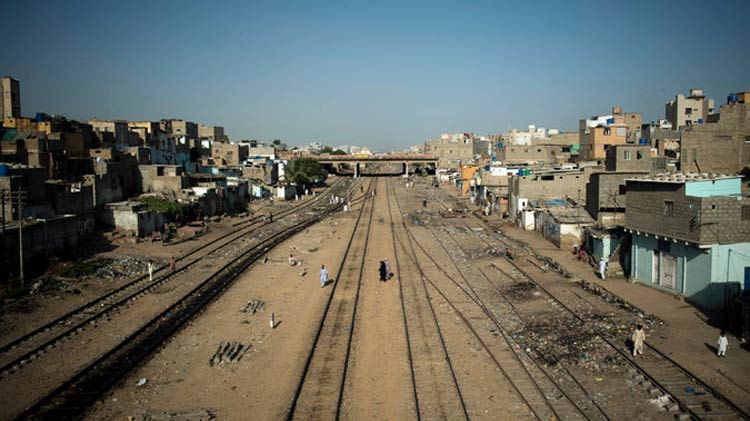 Pakistan Railways is expecting up to 15,000 acres increase in assets, estimated at billions of rupees, after completion of computerization land record project, it is learnt.

However, official sources revealed that the computerization of Pakistan Railways land record project is facing obstacles/security issues in Balochistan and encroachments – and may not be completed within the given deadline of Railway Minister Khawaja Saad Rafique.

A Land Record Management Information System (LRMS) is being developed with the support of Urban Unit of the Punjab government and an agreement has already been signed in this regard. After the completion of the project, it would be possible to ascertain ownership, location and condition of Pakistan Railways property.

Khawaja Saad Rafique has directed the authorities concerned to ensure complete computerization of the railway lands within three months. However, Railways officials said that security issues are being faced, especially in Balochistan province while conducting physical survey.

The official further maintained that some government organizations, including defence institutions, have encroached upon Railways land and therefore vacation of land may not be easy.

The Punjab province tops the list where 2170 acres of land is encroached followed by Sindh with 1189 acres, Balochistan with 619 acres and Khyber Pakhtunkhwa with 251 acres. Encroached Railway land under unauthorized occupation of the government departments, accounts for 540.668 acres. Private individuals encroached 3410 acres and defense departments 251.23 acres.

Though major portion of the encroached land is in two provinces, however Balochistan tops the list with respect to value at Rs 50.9 billion followed by Punjab at Rs 22.58 billion, Sindh 11.5 billion and Khyber Pakhtunkhwa Rs 7.7 billion.

However officials claimed that Railway Ministry in different phases has retrieved over 3550 acres of land from illegal occupants since January 2012; and has approached the Supreme Court of Pakistan against provinces for not transferring Railway land in its favor.