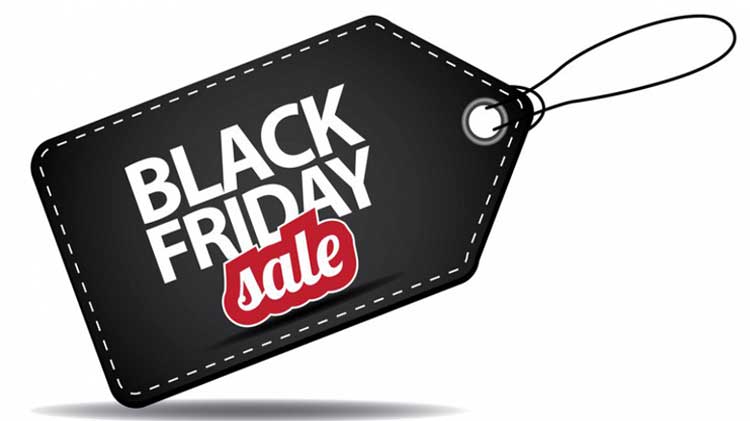 Promos, advertisements and marketing for this year’s Black Friday in Pakistan started more than a month before the actual event. Consumer were promised a wider variety of products, deeper discounts and a better shopping experience than before.

According to the survey we conducted here on ProPakistani, at least 25% ProPakistani users made purchases and availed discounts during Black Friday. There were 6% of our readers who selected a deal but didn’t checkout.

This means that a whooping 31% ProPakistani readers shopped during the day and were content with the offered discounts.

However, there was a steady stream of unsatisfied customers, angry reviews and controversy on social media which is totally understandable, as not all deals and stores were top notch.

After reviewing the facts, here are our key findings.

The Volume of Traffic was Overwhelming

Online stores simply weren’t expecting the amount of traffic they got. Customers had to face unavailable sites, slow loading times and issues with shopping carts and checkout.

Despite estimates that the demand would be high, most e-commerce stores failed to prepare their infrastructure. From bigger players like Yayvo, Symbios and Homeshopping to smaller ones like MyGerrys and iShopping, the customer experience remained somewhat poor, mainly due to spikes.

The total traffic was a multifold of expectations of store owners mainly due to an overall increase in internet population of Pakistan.

Dealing with spikes is one thing but for stores to be prepared to deal with increased demand required a lot of home-work which they simply didn’t do.

Daraz, for example, had to halt deals offered via some of their payment partners as fixed discounts with certain partners ran out much earlier than expected.

Better planning, such as lower but consistent discount with payment partners, would have improved the shopping experience.

Most Stores Flat Out Lied to Consumers

Yes, this is a known issue. Stores lied about their pricing, inflated it and then showed a discount to sell products at usual (or at times above the usual) prices.

This in turn infuriated customers who took to social media to express their anger and frustration at being cheated.

Also Read: Online Shops Lie About Their Inventory and This is Killing E-commerce Industry in Pakistan!

That wasn’t all. It felt like most items with higher discounts were on a clearance sale rather than best sellers. Fake discounts, marginal savings on popular items and a lot of useless ‘deals’ resulted in a general impression that stores had lied and the whole event was a ripoff.

Good Deals were Hard to Find

But then there were good deals available, and all those orders — that stores got — were from those hard to find but good deals.

So it will be wrong to say that there weren’t any good deals. They were there but ended up being buried under the sheer volume of the poor ones. Consumers who reached out to us didn’t appreciate how stores put everything on discount as it actually made it harder to find out what deals were really worth it.

Here are some of notable deals — that we shopped — but you probably missed:

These were only some of the great deals on offer.

We all saw the promos promising up to 85% discount. Imagine the disappointment when second class items were being sold at that discount while the rest of the products were offering much less discounts.

Stores seemed to be okay with the fact that it might create ill-will and kept trying to offer more discounts than competitors while  ignoring customer experience.

Also Read: Pakistani Ecommerce Industry has One Key Flaw That we Must Fix Right Away!

Another thing that was completely missing was transparency. The really good deals ran out fast and stores weren’t upfront about how much inventory they’d stock at the listed prices.

So while thousands of people availed the deals, enjoyed the discounts and saved millions, Pakistani stores could do a lot better in customer experience.

After this Black Friday, e-commerce stores are treading on thin ice. Despite good deals being made available, poor shopping experience, overhyping and fake discounts resulted in shaken trust and a negative perception of the whole event.

Despite government promises, Pakistan still doesn’t have an e-commerce framework or consumer laws that are actually applied. In their absence, the market has to self-regulate and right now it’s not doing a very good job of it.

Many consumers are angry and they have every right to be. However, the situation is still salvageable if online stores learn their lesson from Black Friday 2016. Here some of the key takeaways which they have to consider in our opinion.

It won’t be out of place to mention that estimates suggest Pakistan’s ecommerce industry can reach over $5 billion a year mark by 2020. At this pace, it is very much possible. However, online stores have to change the way they do business.

Not to mention, online stores can save manufacturers tons of running expenses (operational, sales, distribution etc.) and this benefit has to be transferred to the consumers to win them over.

There’s no doubt that there’s huge potential in this country of 200 million but we have to get our basics right: Customer satisfaction should be a priority no matter the cost.