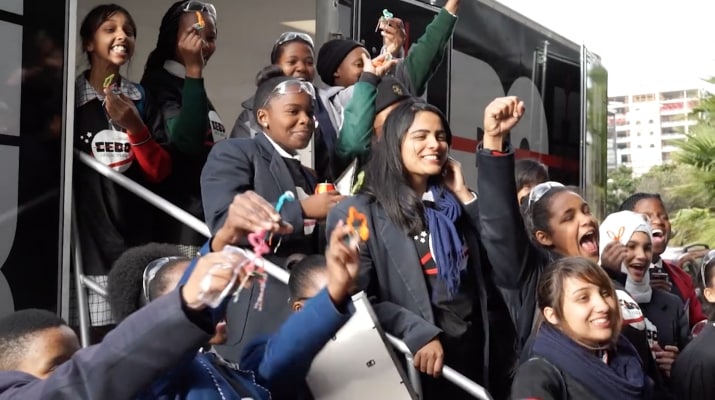 They may be teenagers, but 17 year old Brittany and 16 year old Sesam have outstanding ambitions – to launch Africa’s first ever private satellite. There two girls are a part of a larger team of high school girls from Cape Town, South Africa who have designed and built payloads for a satellite that will orbit over the Earth’s poles, scanning Africa’s surface.

This satellite launch is not only representational, it also serves a vital purpose. The satellite will gather information on agriculture and food security within the continent once it is in space. Information received twice a day will go to disaster prevention department.

Discovering space and seeing Earth’s atmosphere, it’s not something many black Africans have been able to do. I want to see things for myself, I want to be to experience these things.

I want to show to the fellow girls that we don’t need to sit around and limit ourselves. Any career is possible, even Aerospace!

Furthermore, Brittany also said that this can help them predict the problems that Africa will be facing in the near future. It will help see where the food is growing, where more trees cannot be planted, and will also help monitor remote areas. Forest fires and floods can also be prevented with it’s help.

“We expect to receive a good signal which will allow us to receive reliable data. In South Africa we have experienced some of the worst floods and droughts….It has caused our economy to drop… this is a way of looking at how we can boost our economy”.