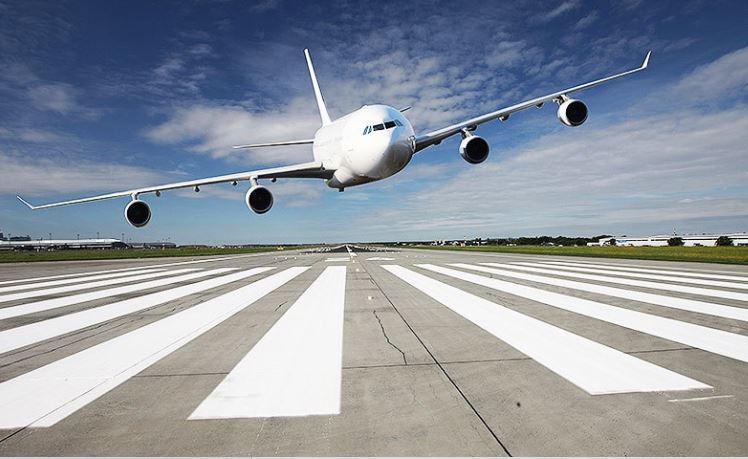 Day before yesterday was a sad day for all of Pakistan when an ATR plane, PIA flight 661, crashed near Havelian, Abbottabad. We analyzed the possible reasons behind the crash but no one can be sure about the exact cause.

In fact, it could take months for an official investigation to reveal its results. While we mourn the death of the lives lost in the tragic incident, let’s take this time to prepare ourselves better for the worst if, God forbids, we are faced with the same situation.

There is, however, a certain fear associated with being up in the air, hurtling towards the ground at a terrifying speed. There is also way less chance of surviving an air crash than a traffic accident.

But that doesn’t mean that air crashes are always fatal; tons of people have survived air crashes. One flight attendant, Vesna Vulovic, fell over thirty thousand feet after the plane she was in was brought down and still lived to tell the tale.

So, what should you do if the worst comes to the worst, and you end up in a plane headed for doom?

Always pay attention to the safety instructions conveyed at the beginning of a flight. Most of us often deem it unnecessary to go through the instructions but they can be of utmost importance in the case of a disaster.

“Knowing what to do in an emergency could be the difference between life and death for you and your family.”

Experts say that surviving the initial impact isn’t everything and passengers are still in a fatal risk due to smoke inhalation or a risk of fire. Getting to the exit as quickly as possible is really crucial and you can do that only if you pay attention the instructions, especially if you are sitting near an emergency exit.

There is no particular dress code but try to dress down. Avoid clothes that are made of flammable synthetic fabrics such as polyesters or nylon in the case of a fire. Instead, opt for wool or cotton.

Also, wear comfortable shoes or slippers that won’t slow you down when making a quick run to the exit. Experts also advise against kicking off your footwear under the seats as the debris on the floor can slow people down.

One of the first instructions you receive on a flight is to assume the “Brace” position in an emergency. It involves getting your head against the seat in the front with your arms over your head, putting your knees together and feet firmly on the ground.

While some people have argued against the position’s effectiveness, it is still one of the first things you should do in case of an emergency.

‘This position prevents flailing of the arms, minimises the risk of broken fingers and protects the head from moving objects.’

In a particular incident cited by the Australian Civil Aviation Safety Authority where a twin-engined aircraft crashed with 16 passengers on board, only one passenger survived. Most of the passengers were sleeping at the time of the crash except the survivor, who woke up and adopted the brace position, possibly saving his life.

You can read more about the Brace position over here.

Airlines instruct passengers to wear seat belts at all times. It is one of the first things you should do as soon as you board an airplane. As soon as you are made aware of an emergency, make sure to tighten your seat belt as much as possible. The more the slack in the seat belt, the more g-force your body will be subjected to.

However, there is another aspect of the seat belt you should be aware of; undoing it quickly. Researchers have found out that unbuckling seat belts has proved to be a common problem for passengers immediately after the crash. Many people ended up wasting crucial time finding the push-button release on their belts, forgetting the fact that airplanes seat unbuckle.

Just to be safe, practice unbuckling the seat belt quickly a few times when you seat yourself in the plane.

Numerous researches have been conducted on the safest seats in an airplane. Although Boeing, Airsafe, and United States’ Federal Aviation Administration all say that “one seat is as safe as another”, some people believe that rear seats are generally safer.

Generally, seats directly next to the emergency exits can be the safest if you don’t consider the initial impact. The people sitting on them are almost definitely going to be the first out the door, reducing their risk of inhaling smoke or fire.

If you have been seated near the emergency exit, you should definitely be aware of the emergency protocols, including the working of the door.

Hold your legs and place feet flat on the floor. Also, place hand luggage or pillow under the seat in front so it can act as a cushion.

Be selfish in the case of an airplane crash! You can’t save others if you can’t save yourself. Wear your own oxygen mask before you help the next-seat passenger, even if it is your family member.

Smoke and fire can severely reduce the survival chances of passengers on a flight, even if the initial impact isn’t that devastating. Just a few breaths of smoke and you can blank out.

If possible, wet a handkerchief or any other cloth and cover your mouth and nose with it. If no water is available, use urine.

Don’t grab your suitcase, hand luggage, phone! Don’t waste even a second. The “golden period” for escape lasts only two minutes. Such earthly possessions won’t help you if you don’t live to see the outside of the plane.

Leave everything! Keep your hands free and try to make your way towards the exit.

Whatever you do, don’t panic! Flight attendants are well-rehearsed in emergency tactics but they may not be in a position to direct people. So, while you hurry towards an exit, don’t push or trample people, and keep a hold of your senses at all times.

Have a plan and be pre-prepared for any emergency condition. You might have just a few seconds to prepare yourself and get into the “brace” position and a last-minute panic attack is exactly what you should try to avoid.

In the end, there is no sure way to survive a plane crash, even if you follow each and every instruction word to word. Plane crashes are incredibly dangerous, and mostly, fatal. But in following the instructions, you at least minimize the amount of damage that can happen to your body as much as possible.