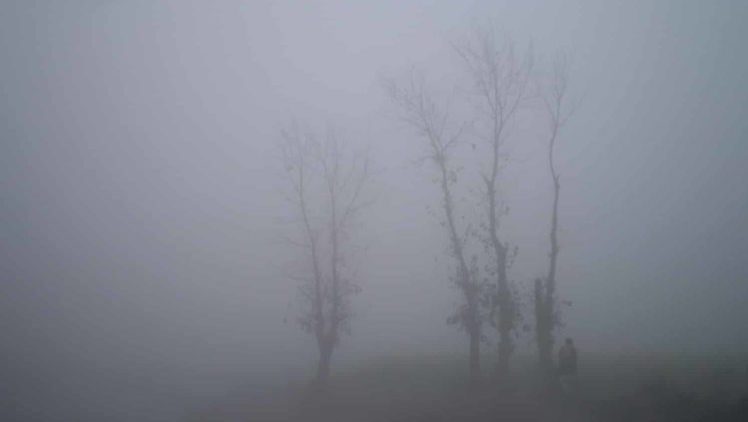 The Lahore Electric Supply Company (LESCO) has shut down grid stations across the city due to incidents of thick fog.

The power in Lahore was shut down around 11 pm yesterday. The power suspension affected the water supply severely in the city. It caused a lot of problem for students and for the people going to their jobs in the morning. The fog also added to their plight causing problems for people commuting to their destinations.

It should be mentioned that dense fog is a common occurrence in most of the cities in Punjab during winter. The fog usually lasts through the dry season and diminishes once it rains.

Earlier this year in January, the fog tripped the 220 KV grid stations, leaving most of the city blacked out. The fog was so dense this morning in the city that it was difficult to see just a few meters ahead. The drivers were forced to use headlights in broad daylight.

According to reports by Dunya News, 21 people have faced injuries due to road accidents. The Meteorology Department has announced that cold and dry weather is expected in most areas in the country today.

Airport flights in Lahore are also been affected, with numerous flights being delayed or cancelled. In light of the recent PK661 tragedy, the authorities are been extra vigilant this time around.

Foggy conditions are expected in plain areas of Punjab and upper Sindh during morning and night times.

Last month a dry weather warning was issued by the Meteorology Dept. for Punjab. They said that the dry weather is here to stay at least two months with smog also a possibility.

Dry weather causes diseases to prevail and affects mostly old citizens and the children. It mostly causes diseases of the respiratory tract (cough, chest congestion etc.). To circumvent the ill-effects of the dry spell, people are recommended to maintain cleanliness and good hygiene throughout the dry season.