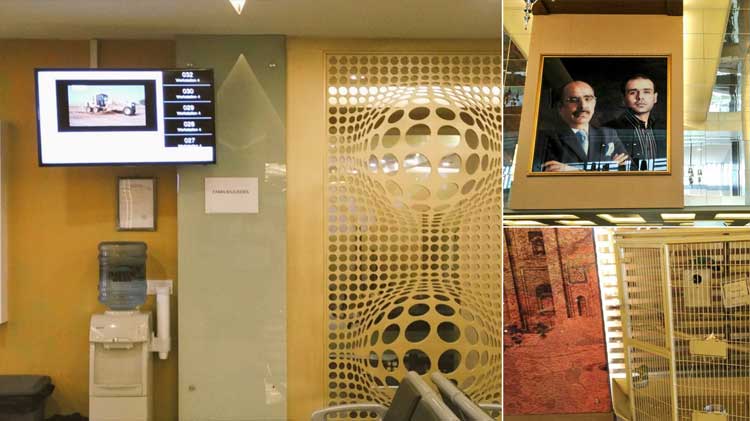 Imagine an office made out of gold. Seems almost absurd, right? Something we see mostly in Hollywood movies or in certain royal circles around the world.

We can add one more entry in the all-gold list now, and this one is from Pakistan!

We are talking about Bahria Town here, particularly their new office in Lahore.

The company unveiled their new office, which is filled with gold plated equipment. From the wall paint to the birdcage, almost everything in the offices is soaked with gold.

Pictures of this new office of Bahria Town Lahore are doing the rounds on social media.

It may baffle you but this is all true. After all, the company is owned by allegedly the 7th richest person in Pakistan, Malik Riaz.

The company, apart from owning two housing schemes in Islamabad and Lahore, also owns shopping complexes like Mall of Lahore and the under-construction Mall of Islamabad.

One thing is for sure. Its new gold office in Lahore is going to draw comparisons and similarities between Arab royalty who are known for such opulence and exuberant displays.