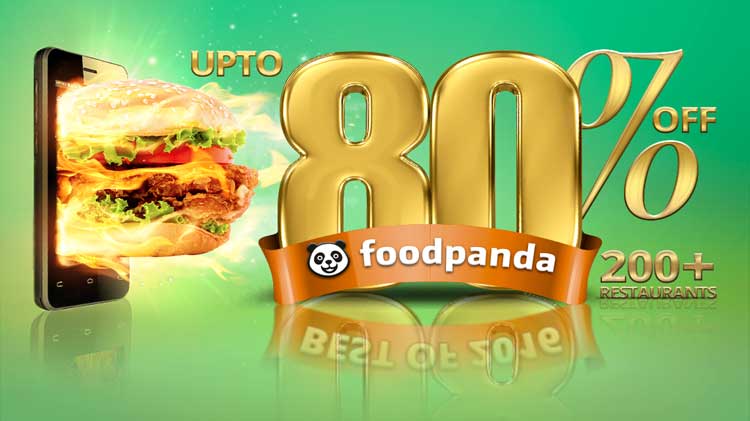 foodpanda has declared 23rd to 25th of December 2016 as three days of no cooking with a loud and clear message: ‘#DontCook (23rd – 25th Dec)’, through their campaign ‘Best of 2016’, where they will be offering up to 80% discount on more than 200 restaurants nationwide.

And this powerful call for all the foodies out there seems really promising.

According to team foodpanda, the meticulous idea behind this campaign is to close this amazing year with a bang!

Since, the last week of December is itself a festive time of the year – all kids are enjoying their winter vacations; the entire nation observes a national holiday on account of Quaid-e-Azam’s birthday; and the Christian community in Pakistan is celebrating Christmas – henceforth foodpanda has planned to turn these festivities into a grand celebration with their mind-blogging scheme: The entire nation is to lock up their kitchens and order in from foodpanda for three consecutive days and spend a great time with their loved ones with delicious food, that costs next to nothing!

This campaign is expected to hold out the greatest deals and discounts ever offered! Celebrities, top chefs, partnering restaurants and all the foodies – who by the way happen to be ardent users of foodpanda –are all highly excited since Pakistan’s favorite food chains like KFC, McDonald’s, Domino’s, OPTP, Broadway, New York Pizza, and many others will be offering huge flat discounts and massive value-for-money deals on foodpanda giving their customers an utter convenience of ordering with just a few taps on their phones.

Nauman Sikandar, CEO foodpanda says, “Best of 2016 this year around is going to be fabulous! The amazing discounts that we have been bringing for our customers all year long have been bundled up in three just days, with up to 80% Discounts on more than 200 top restaurants. So, 23rd to 25th December ghar pe khana nahi banana hai, sirf foodpanda se mangwana hai!”

Thus, having savoured foodpanda’s exclusive deals on top restaurants during their events like Flat 20% Off and Free Delivery, foodpanda’s 4th Anniversary, The Great Online Food Festival, Black Friday and many more exciting campaigns throughout the year, we await with our mouth drooling and fingers crossed, for a tasteful close to such a happening 2016!