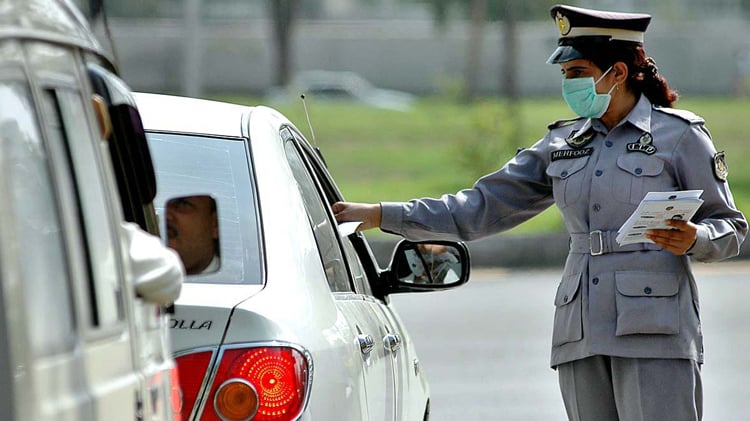 To bring about improvements in the province’s traffic management, Punjab government is hoping to take back some powers from the police and award it to a newly formed authority.

This new organization will be responsible for the training of traffic police, conducting tests for probable recruits and awarding licenses.

The drastic measures are being taken to eliminate the trend of awarding premature licenses to the people, according to a source. The government is hoping that involving a new authority which is dedicated to this task, will improve things.

The current system in place to inspect the vehicles is Motor Vehicles Examiners (MVE), which is an old and ineffective procedure. The vehicles are examined without the use of any mechanical gadget and the examiners are restricted to Public Service Vehicles (PSVs) only.

To replace MVE, the government is working on Vehicle Inspection and Certification System (VICS), which will be completely automated and computerized. According to The Transport Department, the project will be completed in three phases.

The new authority will issue fitness certificates but it is unclear whether it will adopt VICS or not.

The hiring process of the authority is rather simple; put the interested private parties through a screening process.

Drivers at the center will be offered training for various disciplines.

To test the knowledge of the potential drivers, independent companies are set to be hired. Data of the successful candidates will be forwarded to the concerned authorities before finally awarding the license.

The success of this project will be dependent on how the government handles the efficiency of these centers and maintain them. Moreover, continuous evaluation will also be required in the early stages.

An ex-official of Traffic Engineering and Transport Planning Agency (Tepa) he had this to say on the matter of establishing a new authority for managing traffic issues:

“Those planning on these lines must not forget that it is only a part of the problem they are dealing with, not the entire issue. It is a multi-dimensional issue involving capacity of the roads, regulating flows, treating key bottlenecks and improving traffic management on the road. One hopes that these issues will not be ignored by the planners.”