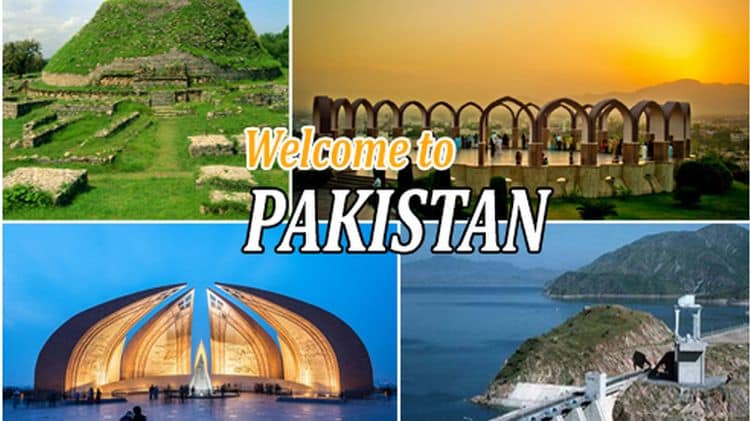 The 20 year UN-Habitat III report has been released detailing information about the cities of the world and how they have changed over the past 20 years.

During the UN-Habitat II, it was envisioned that the world would move forward to having planned cities and regulate uncontrolled cities. This meant that disoriented cities across the world had to be transformed to planned cities like Islamabad or Canberra as much as possible.

Unfortunately, it was the opposite for Pakistan where even a planned city like Islamabad is growing uncontrollably thanks to corruption and lack of efforts.

Even a planned city like Islamabad is less organised than cities from Kenya, Ghana etc.

For example, take a look at the image below: 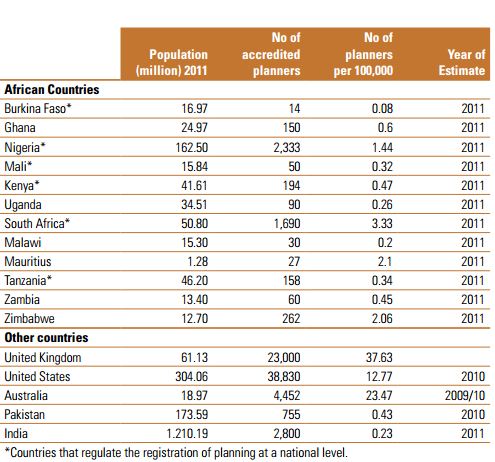 What can we learn from this? That Pakistan has very few registered planners? That our country’s ratio of planners against the population is even lesser than most African countries like Kenya, Ghana, Nigeria and South Africa? That it doesn’t even come close to the UK, USA or Australia? And that too with a ratio of only 0.43?

Yes to all of those questions unfortunately.

Credit for the above goes to our education system which lacks subjects related to planning altogether and our government, which doesn’t even realize the importance of planning in maintaining a city.

Pakistan has two mega-cities; Karachi and Lahore, several secondary cities (with a population of 500,000 to 1 million) and thousands of cities under 500,000.

In face of this magnitude of projected urban demographic growth over the next 20 years, accommodating the needs of the rising populations through planned city extensions is a challenge.

According to the report, “lack of tax revenues to provide urban services, and infrastructure finance for transport, electricity, communications, water supply, and sanitation in support of production” is a major issue in Pakistan and municipal institutions need to be strengthened.

Take a look at the table below for the same details about cities in Pakistan:

The UN has also kept track of improved water and sanitation systems in cities around the world. There was only limited data available for Pakistan.

The available data for improved water and sanitation systems is listed below:

In comparison to the above figures, Banjul (Gambia) has 98.9% and 97.4% improved water and sanitation systems, which are even better than Islamabad. Egypt’s capital, Cairo, has 100% in both fields.

Pakistan doesn’t even compare to the western world but it isn’t even amongst the top countries in the developing world. Yes, Pakistani cities, especially Islamabad is better than most other cities which were part of the city, but it still isn’t amongst the top 20.

Slums being the uncontrolled, unmanaged, overcrowded run-down areas of a city, are often regarded as a letdown to the city and its management. Fortunately for Pakistan, percentage of citizens in urban slums have been constantly decreasing.

However, the population of these slums has been increasing even though its been less than the overall urban growth. The slums population was 18.1 million in 1990. Today it stands at 32.2 million.

Lets Take a Look at The Gini Coefficient

Gini is a measure of statistical difference to represent the income distribution of a nation’s residents. It is generally used to identify financial inequality for a country’s citizens.

Financial inequality is looking bleak for Pakistan at just 0.34

Pakistan’s Gini coefficient based on consumption is 0.34. Being closer to 0 represents equality while being closer to 1 represents inequality. Fortunately, (or unfortunately) majority of the public has similar expenditures while the select few are too rich.

It is a municipal administrations job to provide adequate services often classified as necessary facilities for the residents of a city (urban area). These services include water piping, sewerage connection, fixed telephone, mobile coverage and connection to electricity.

The stats for three periods since 1990 are listed below:

Astoundingly, Pakistan urban area facilities have gone downhill as time has passed instead of things improving. A big question mark on our governments.

Recent stats for some Pakistani regions are given below:

Unemployment is a major issue in cities. Unlike people in rural areas, residents of cities have only two sources of income – jobs or businesses. The UN has also collected data on several urban areas around the world to identify the unemployment rates in each country.

Unemployment in Pakistani cities is worse than almost all Asian, European and American urban areas.

Meanwhile, the unemployment rate in most Asian countries (Malaysia, Nepal, India, etc.) is below Pakistan. The unemployment rates are higher in Africa but are pretty low in the rest of the world. With such huge labor force, Pakistan needs to address this issue quickly.

Pakistan’s cities are a disaster with lack of organisation and interest on government’s part. The lack of initiative of the people is also to blame. The people need to realize that the cities are theirs and to improve their cities themselves if the governments don’t care about them.

The full UN report can be viewed here.