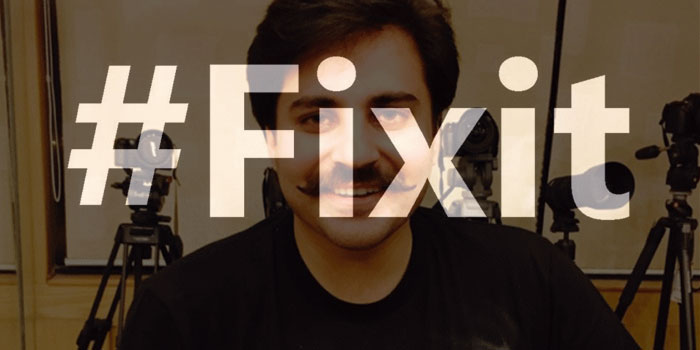 It has been one whole year since Alamgir Khan, a social worker and activist, started his Fix It campaign with just a few cans of spray paint.

He caught the headlines by drawing a portrait of former Chief Minister Sindh, Qaim Ali Shah, alongside missing manholes and uploaded those photos to social media.

The idea of that highly publicized stunt was to highlight an issue that the authorities have turned a blind eye to in Pakistan’s biggest city.

Following that incident, his social media campaign spread like wildfire and he quickly garnered support from his fellow citizens. Soon after, he started a #FixIt movement, taking action and fixing the city’s issues with fellow citizens and volunteers. The campaign has now expanded to other parts of the country as well.

The social media campaigner and civil activist has now revealed what the campaign has achieved in the past 12 months.

Let’s take a look at the major achievements of the Fixit movement below:

What started with Alamgir Khan, has now became a sprawling organization of volunteers and social workers. Now over 1,400 volunteers from across the country work alongside him. The movement now has 3 offices in Karachi which address the issues of the common man unlike the authorities. They are even planning to start an orphanage soon.

The FixIt team had this to say:

Today we thank our each and every member who made all these things possible and especially our donors who supported us on every stage. #1YearOfFixit

It’s amazing how the efforts of a single man led to such a huge change in one of the most populous countries in the world. It is also a lesson for people to take matters into their own hands instead of waiting for the world to come crumbling down in their surroundings. 1,400 people have taken it onto themselves to “fix” the country for free while the rest of 190 million people wait for others to do it. Let’s take it unto ourselves to fix our country by our own hands.

To follow more on this movement and its daily progress, you can check out the FixIt Facebook Fan Page.