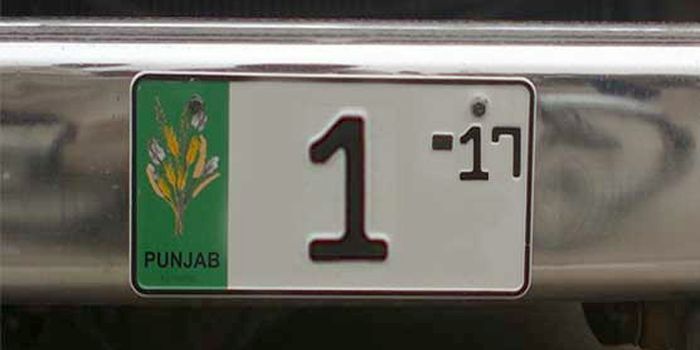 Department of Excise and Taxation has recently auctioned new unique and exclusive number plate series for 2017. Due to high demand for these unique number plates, auction is held every year where these numbers can be bought by hobbyists.

During yesterday’s auction in Lahore, the highest bid stood at Rs. 0.71 million. This was the most expensive bid in the history of all auctions held under the Excise and Taxation department. Auctioned number plates were sold off for the following bids:

More exciting and unique numbers were to be auctioned earlier today. Details regarding those will be made public tomorrow.

Similarly, Faisalabad will see an auction for FD-17, FSD-17 and FDU-17, which will be auctioned tomorrow, confirmed a spokesperson of the Motor Registering Authority Faisalabad.