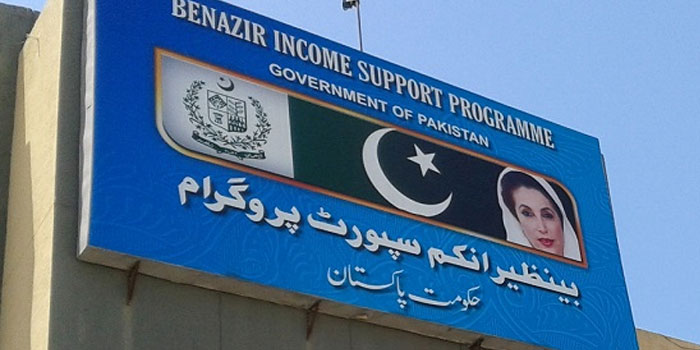 Mobile and digital banking bring a lot of benefits to normal consumers and can be vehicles for poverty alleviation. The Benazir Income Support Program (BISP), launched back in 2008, has helped reduce poverty and decrease the financial gap between the country’s citizens, largely thanks to the ease of sending money over mobile phones.

We take a look at BISP, the effect it has had on banking in Pakistan, and of course, how it has empowered and provided for a lot of people who live in poverty.

BISP is one the largest social protection programs in Asia helping over 5.3 million households. Each household is provided with Rs. 4,500 every quarter. The payments are sent out digitally and only female heads of a house can receive the funds.

Banking in Pakistan is Still in Nascent Stages

Of a population close to 190 million, only 23 million people in Pakistan have bank accounts. Banks have only 11,600 branches and 6.232 ATMs across the country which are insufficient for a country this size. For example, UK with about half our population has 70,000 ATMs.

This issue is even more severe in rural areas where people have difficulty accessing banking services due to lack of infrastructure. For that very reason, mobile banking has been a hit in Pakistan as it does not require infrastructure development and can be accessed from nearly everywhere.

This has allowed services like the BISP to flourish.

Initially, payments were made through cash or money orders and local parliamentarians or postmen were involved. The process was highly inefficient and open to allegations of corruption as bribery was involved in this social program. In 2010, the payments system was moved to digital or mobile banking platforms, even after facing resistance from some political circles. The move to mobile improved the transparency, visibility and security of the process of disbursing money to the needy.

However, due to the nascent stage of mobile banking in Pakistan at the time and the difficulty involved in procuring funding for mobile phones (especially for rural women), it was slowly replaced with the Benazir Debit Card.

Another issue was that most women from the rural areas did not know how to use mobile phones, and this raised a bit of a problem. Lack of mobile coverage and electricity issues back in those days only added to the challenges of disbursing money via mobiles to needy households. As far as women were concerned, it made them dependent on literate relatives to notify them of payments. The process still helped in terms of financial inclusion.

Since the introduction of BISP, there has been a drop in poverty and the poverty gap. Experts even term the 10% increase in school enrollment as one of the benefits of BISP. According to the recent Benazir Income Support Program’s (BISP) third impact evaluation report, these numbers are higher than the international average.

A study from Oxford Policy Management (OPM) stated that poverty, in terms of Food Energy Intake (FEI) dropped by 7 percent while poverty gap based on Cost of Basic Needs (CBN) dropped by 3 percent as well.

The report also says that the proportion of beneficiary households that were ‘Multi-Dimensional Poor’ in 2013 has been reduced during this time. According to the Multidimensional Poverty Index (MPI), it dropped from 31 percent to 23 percent in 2016 alone.

Main findings of the report say that BISP has helped induce a net increase of Rs. 187 in per adult monthly consumption expenditure. Meanwhile, per adult equivalent monthly food consumption has increased by Rs. 69.

School deprivation based on the MPI indicator has decreased from 56 percent to 49 percent since 2013. This is largely thanks to BISP Waseela- e-Taleem initiative, which made a conditional cash transfer of Rs. 750 per quarter for a child enrolled in school with over 70% attendance.

While people all across the world have been hesitant at the concept of giving out ‘free’ money to the poor due to socialism being treated like a venereal disease, the reception has been warmer in Pakistan due to a lack of channels to get discounted products to the poor, high disparity between the rich and poor as well as rural and urban citizens.

BISP has helped the country in several ways including empowerment for women and financial inclusion as women get access to banking services and receive more respect earning crucial income for the family through this program.

Lessons for Other Governments and NGOs

Other governments and NGOs can learn from Pakistan as to what factors should be taken into account when launching such projects. There are 2.5 billion people in the world without access to formal financial services and BISP is a very good example of a successful government-to-person payment solution.