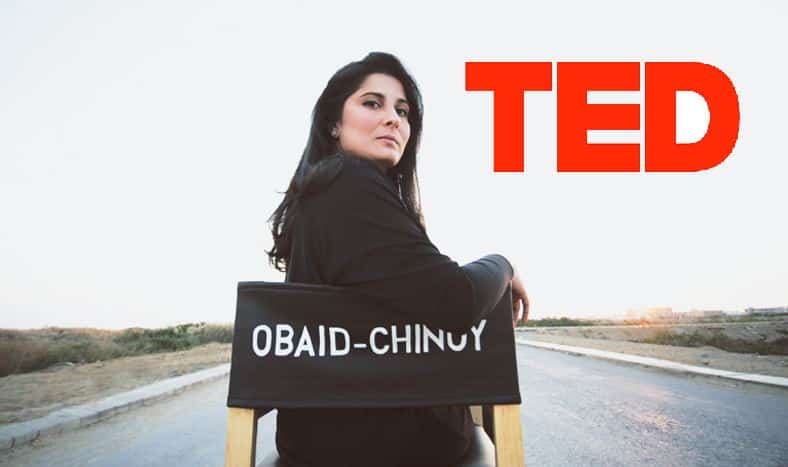 TED is a non-profit organization, known all around the world for its work on promoting and spreading ideas from all walks of life. It features ideas from exceptional individuals in the form of short talks ranging from 10 to 20 minutes.

Handpicking some of the most extraordinary tales or ideas, from budding entrepreneurs to genius scientists to young prodigies to revolutionary leaders, TED has positioned itself as one of the most innovative social organizations working for the good of the world.

Not many Pakistanis have managed to make their way through to the top stage. However, some of the people from Pakistan that have indeed been granted the honor of giving a talk at TED include Sharmeen Obaid-Chinoy, the Oscar-winning filmmaker and activist; Usman Riaz, a music composer and the person behind Pakistan’s first hand-drawn animation studio; and Ziauddin Yousafzai, the father of the Nobel Peace prize winner from Pakistan— Malala Yousafzai.

Here are some of the most powerful talks given by Pakistanis at TED:

‘My Daughter, Malala‘ by Ziauddin Yousafzai

“In many patriarchal and tribal societies, fathers are usually known by their sons. But I am one of the few fathers who is known by his daughter, and I am proud of it.”

Malala Yousafzai is known all over Pakistan and the rest of the world as well as the youngest-ever Nobel Prize laureate. To most of the world, she is just a girl who was shot in the head by Taliban for her commitment to education and then rose to global fame as an advocate for women education.

However, this talk by her father provides a rare glimpse into the household and the society she was born in. Her father, Ziauddin Yousafzai, tells a tale of how daughters in tribal societies are not given the same treatment as sons.

“When a girl is born, her birth is not celebrated. She is welcomed, neither by the father, nor by the mother. The neighborhood comes and commiserates with mother and nobody congratulates the father.”

He further elaborates on how bearing a girl child is considered bad for the mother and how this patriarchal society leads to suffering for not only the daughter but also her family.

‘My Message of Peace from Pakistan‘ by Asher Hasan

Asher Hasan is a renowned social activist and an entrepreneur. His organization, Naya Jeevan, is a hybrid social enterprise dedicated to rejuvenating the lives of low-income families. He was one of the many Pakistanis who made their way to TedIndia in 2009 despite the security hassles they faced in entering the country.

Pakistan and India are not the friendliest of neighbors, known for their enmity and never-ending hassles. In his talk, Asher delivers a powerful message of peace and urges the people to forget their differences and embrace their diversity. He appeals to the viewers by showing them the other face of Pakistan — the one that doesn’t get featured by the media. The face of the common man. He does it by telling the stories of a few ordinary people, facing their own struggles.

“My name is Abdul Khan. I come from Peshawar. I hope that you will be able to see not just my Taliban-like beard but also the richness and color of my perceptions, aspirations, and dreams as rich and colorful as the satchels that I sell,” Asher quotes a Pathan in Shalwar Kameez who is shown on the screen.

He also tells the tale of Ahmed, an Afghan refugee who has come up from the Khyber Agency and now sells lanterns. “I have come from a place of intense darkness and that is why I want to illuminate the world”.

“Therefore as India and Pakistan, as you and I, it behooves us to transcend our differences, to celebrate our diversity, to leverage our common humanity.”

‘Inside a School for Suicide Bombers‘ by Sharmeen Obaid-Chinoy

Sharmeen Obaid-Chinoy is one of Pakistan’s most renowned journalists, a filmmaker, an activist, and also the country’s first Oscar winner. Her career has mostly focused on subjects that are considered to be taboo in the Pakistani society such as honor killings, acid attacks on women, etc.

In this talk, she highlights the “Suicide Schools” that have been formed by the Taliban. These schools are mostly situated in rural areas of a number of poor undeveloped countries, including Pakistan. The Taliban target the children of poor families and convince their families by providing free food, shelter, and, in some cases, even a monthly stipend.

These children are then brainwashed by a long, torturous process, and made to fight for the Taliban’s cause. They are forbidden from listening to the radio, or reading the newspaper or even reading any prescribed book. Kept in a complete blackout, all they have to go on is the “promise” of a wonderful afterlife.

One of the video’s most powerful and terrifying moment is Sharmeen’s interaction with a boy who has been brainwashed.

“Would you like to carry out a suicide attack?” she asks.

“If God gives me the strength,” comes the reply.

She ends her talk by asking the audience a question:

“If you grew up in these circumstances, faced with these choices, would you choose to live in this world or in the glorious afterlife?”

A senior fellow at TED, Usman Riaz is Pakistan’s very own multi-talented genius. Not only has he proved his mettle in the field of music with his guitar solos, including a stint with Coke Studio, but he is also working on Pakistan’s very first hand-drawn animation film — The Glassworker.

In this aptly-named talk, the young prodigy meets his hero — the legendary American guitarist, Preston Reed. But before that, he pulls a few strings on his guitar and works his magic in a solo performance, right there on the TED stage. He is soon followed by Preston Reed, and then comes a joint performance by the duo.

Almost two-thirds of the 16-minute talk are taken up by music. TED may not be usually known for musical performances, but they don’t shy away from something different like this. In the end, the host comes on the stage and talks to Usman about how he learned to play guitar by watching professional guitarists play on YouTube.

Last year, Usman also featured in another musical performance at TED. He paid tribute to the musical legend, David Bowie, with a cover of the “Space Oddity” along with Amanda Palmer, Jherek Bischoff, and former Vice President of the United States, Al Gore.

Note: TEDx talks are not included in this list. TEDx, unlike the talks posted on TED’s official page, are independently organized.