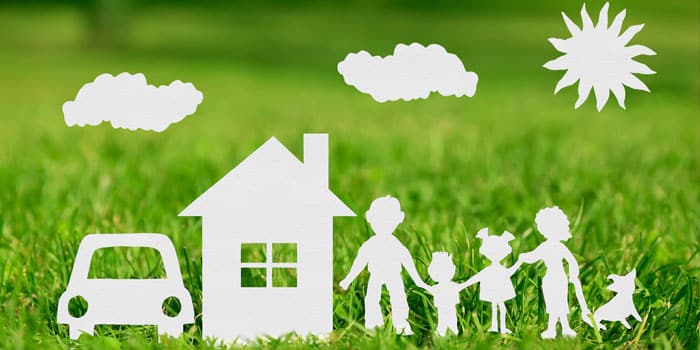 Nothing prepares you for the moment when the heroes in your life come crashing down to their humanity. For me, that moment came very early in my twenties – standing beside my father lying in an antiseptic white hospital bed, listening to the muted and hesitant tones of a doctor doing his best to break bad news to his patient and the attendant family. That Titan Breaking diagnosis; Cancer. Nothing prepares a son for the moment he sees his father afraid.

Overnight my father went from being the overpowering, commanding yet all-sheltering influence in my life to an ailing and frail old man, lying in a hospital bed fearfully gearing up to wage a decade long war that would ultimately take his life. Overnight, I was suddenly the ‘Eldest Son’, the new ‘Man of the House’ and feeling completely unequal to the task before me.

It’s unique to feel the floor below you and the roof above you vanish at the same time. To say I was unprepared to shoulder my father’s responsibilities and burdens and his cancer treatments, is a vast understatement. Then add to the mix a sister a year younger than I, very much of marriageable age and a younger brother still in the middle of his education, on top of running the house and my then meager income and savings… I felt I was headed for disaster and taking my family with me. I wondered then as I sometimes still do now; was it ever easy to support a family, run a house and still have savings or did my father just make it look that way?

Generations tend to be relay races, or so I had always thought. One day I supposed, my father would pass his baton to me when I was good and ready. Instead, my own race turned out to be a marathon that I had to run alone, Cancer made sure of that. So I made sure that the family was supported. It meant giving up a job that I adored because it wasn’t paying well enough.

It meant longer and more tedious hours. It also meant cutting around corners and compromising, constantly putting the family first and yourself way last; just somewhere above or below snatching a sandwich or a cold dinner when you come home late at night. I’m not complaining – I’m bragging. I’m quite proud of what I did and given the chance I would do it all over again. But differently the second time around with the benefit of hindsight. And this time I would have been more careful with finances, with savings; done better with my brother’s education, put more aside sooner for a better home, for my sister and the like, not have to back to zero financially again and again and again. Through it all, remaining at the back of mind, was that selfsame thought – was it ever easy to run a house, have savings or did my father just make it look that way?

There is a happy ending to this story. My brother was educated till he found his own calling, my sister happily married and settled down. Then was it time at last to look to my own future and to starting my own family. I married. My father lived long enough to see me wed and to be deliriously happy with my choice of wife. And I strutted around bragging that I paid for my own wedding (I still do!) but that emptied my savings again and I entered married life rich in happiness while utterly broke!

Having a wife changes a man and luckily for about a year, my father was there to advise me through the process and to help me be the kind of husband I wanted to be for my beloved. One thing he hammered home – You’re a husband now. Prepare for the future, for anything. I started hunting for savings options that would one day help pay for my own family home.

My father passed away, his words stayed. Then one night curled up in bed after dinner idly flicking though channels on television, in a commercial a Lone Runner appeared on screen, wiping the sweat from his eyes and preparing to run his race.

My wife commented on the ad, I didn’t hear her. I was watching the runner train and prepare, I saw him sweat, struggle. I was watching him run his race. I saw him win. My father’s words rang loud. The next day, I began the process of taking on a Life Insurance policy.

Perhaps this is why the image of the Lone Runner moves me so. My own race has felt long and it was always with myself, alone. But at last, the promise of a future home of my own and the confidence that with Life Insurance.

My family will always be looked after; I’m ready to change the race. I’m going to turn this solo run into a relay. And one day when this son becomes a father, I will pass my baton to him. Life Insurance has helped me walk in my father’s footsteps and at last made it look easy to ensure my family’s future. I only hope I’ve been able to do my father proud.

Given everything, it would not be wrong to say that there are ways one can plan life wisely and opting for Life Insurance is certainly a strong beginning.