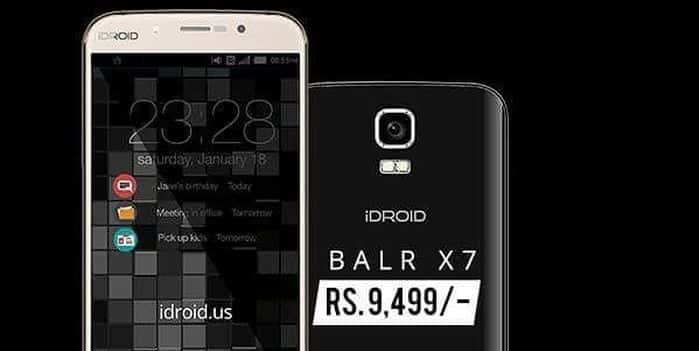 Various companies are investing to dominate the low-end Smartphone market by ensuring quality and performance for lowest possible rates, one of which is the US-based iDroid.

iDroid unveiled their BALR X7, earlier this year, at an event held in Karachi. ProPakistani brings you a comprehensive review for this budgeted phone, available for just Rs. 9,499.

iDroid has taken a different route to the boxing of the BALR X7 smartphone. A flat horizontal box is preferred in all black, with the picture of the phone on top, specifications on the back along with other small details.

The top of the box comes off, just like a gift box and underneath there are two panels. The phone is rested in one tray and underneath the phone compartment, the booklet, phone protector and its casing are present. The other compartment contains the usual accessories of the smartphone. 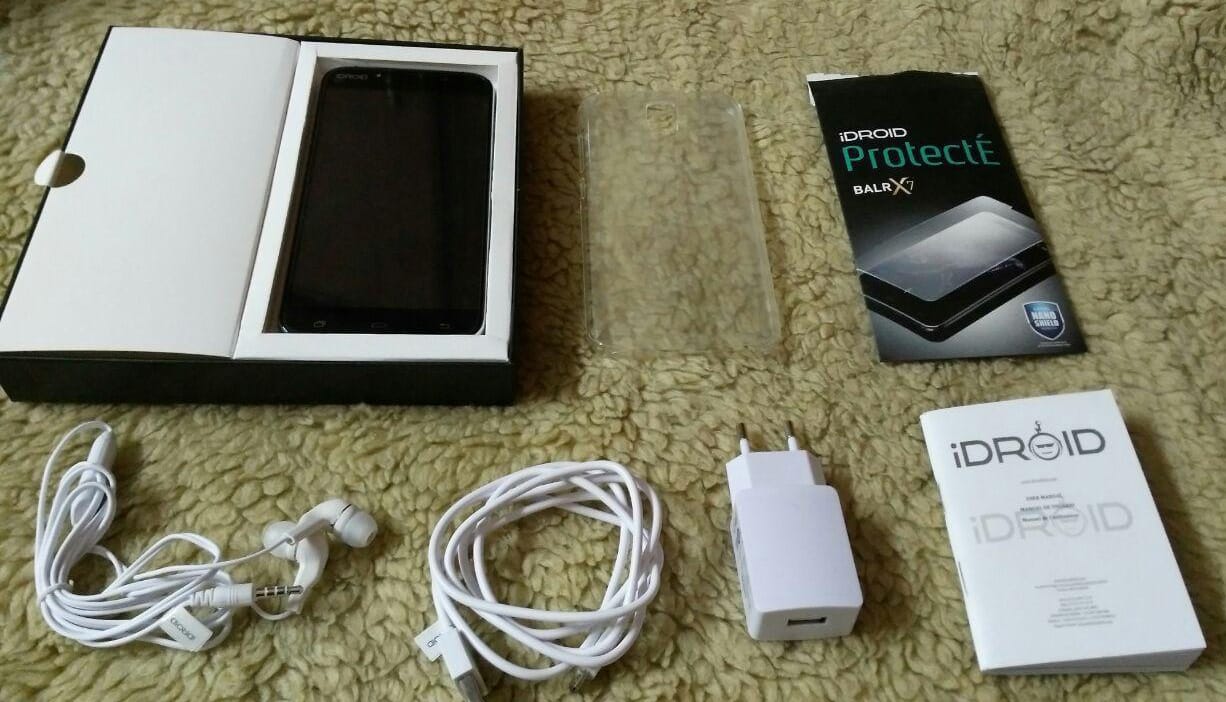 Here’s a complete list of accessories found in the BALR X7 box:

The iDroid BALR X7 resembles a lot to Samsung S-series; similar back camera placement, a prominent silver ring around the smartphone and sharp curves. 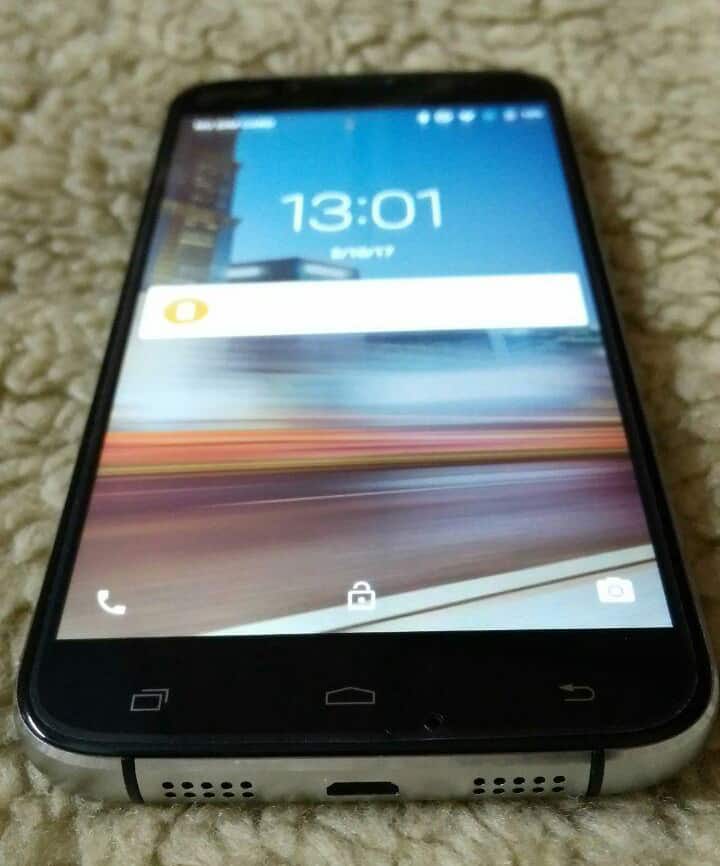 The iDroid BALR X7 black version has a very consistent look, especially with the zinc alloy mid-frame. The smartphone fits perfectly in hand and does not slip even though the back of the BALR X7 is completely plain.

The front of BALR X7 is completely flat and a 5MP selfie camera sits at the top. The front camera also has a flash, unlike many smartphones.

The back is all plain and plastic and includes a smooth buildup to the camera hump. The hump is about average size, surrounded by silver plastic to give the back camera a more finished look. The camera is accompanied with a dual flash as well. The side corners are a bit rounded to give a comfortable feel when you palm the phone.

The iDroid BALR X7 is a tall phone with a 5.5-inch screen but it is still manageable in one hand, especially due to its light weight.

Both the power and volume rocker are placed on the right side of the phone. These controls have been placed in the optimal position as the power button does not interrupt the thumb’s resting position while holding the phone. The buttons are slightly pointed but loose.

The left side of the alloy-rim is completely plain. To insert the SIMs or the memory card, the back can be opened from the bottom right.

The mic is placed in a very unconventional but an effective position, adjacent to the home key on the front. The voice clarity was probably down to the positioning of the mic as well.

On the bottom, you can find the dual-speakers and the wired connection whereas the headphone jack is present on the top of the phone.

The BALR X7  features a 5.5-inch screen with a 1280 x 720 pixels HD display. In first glance, the screen’s colors looked far more impressive than what was anticipated in this price range. The maximum brightness may not be class leading but achieves a decent contrast ratio.

The low reflectivity and high contrast of the screen allows it to remain legible even in bright sunlight. The 5.5-inch screen of iDroid BALR X7 is well above average in this respect.

The iDroid X7 comes with a customised version of Android v5.1 and upon checking, we found that the software was up-to-date. It remains to be seen whether iDroid will update the device with Android v.6.0 or not.

The iDroid BALR X7 is powered by a quad-core 1.3GHz Mediatek MT6580 chipset, which has been paired with 1GB RAM. It does not pose too many problems in daily usage.

Keeping in mind that the BALR X7 is packed with only 1GB of RAM, no lag was witnessed. The response was prompt, even with multiple applications running in the background – including downloading in the Chrome Mobile app.

For those interested in the benchmark scores, GeekBench 4, AnTuTu and Basemark OS II results are shown below: 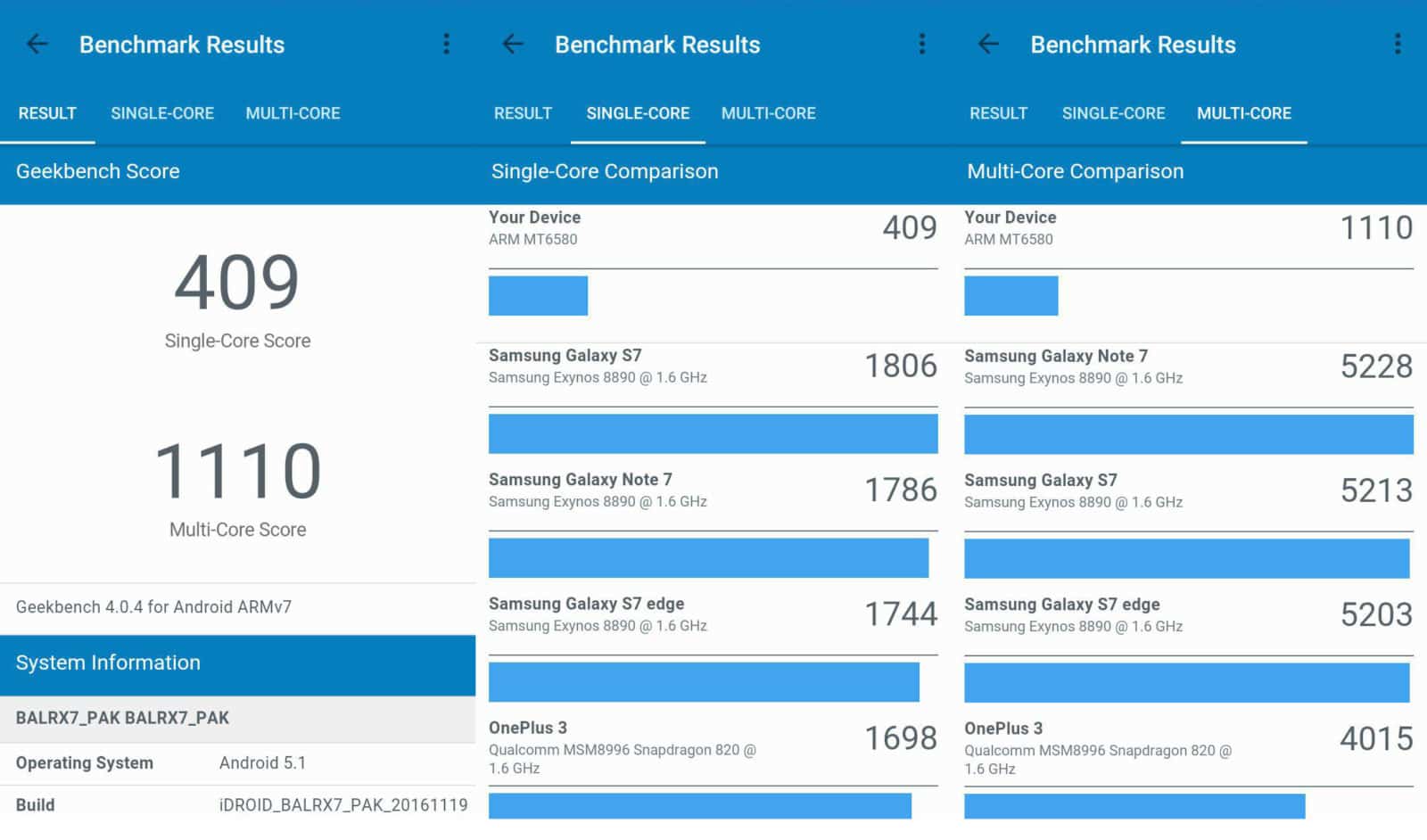 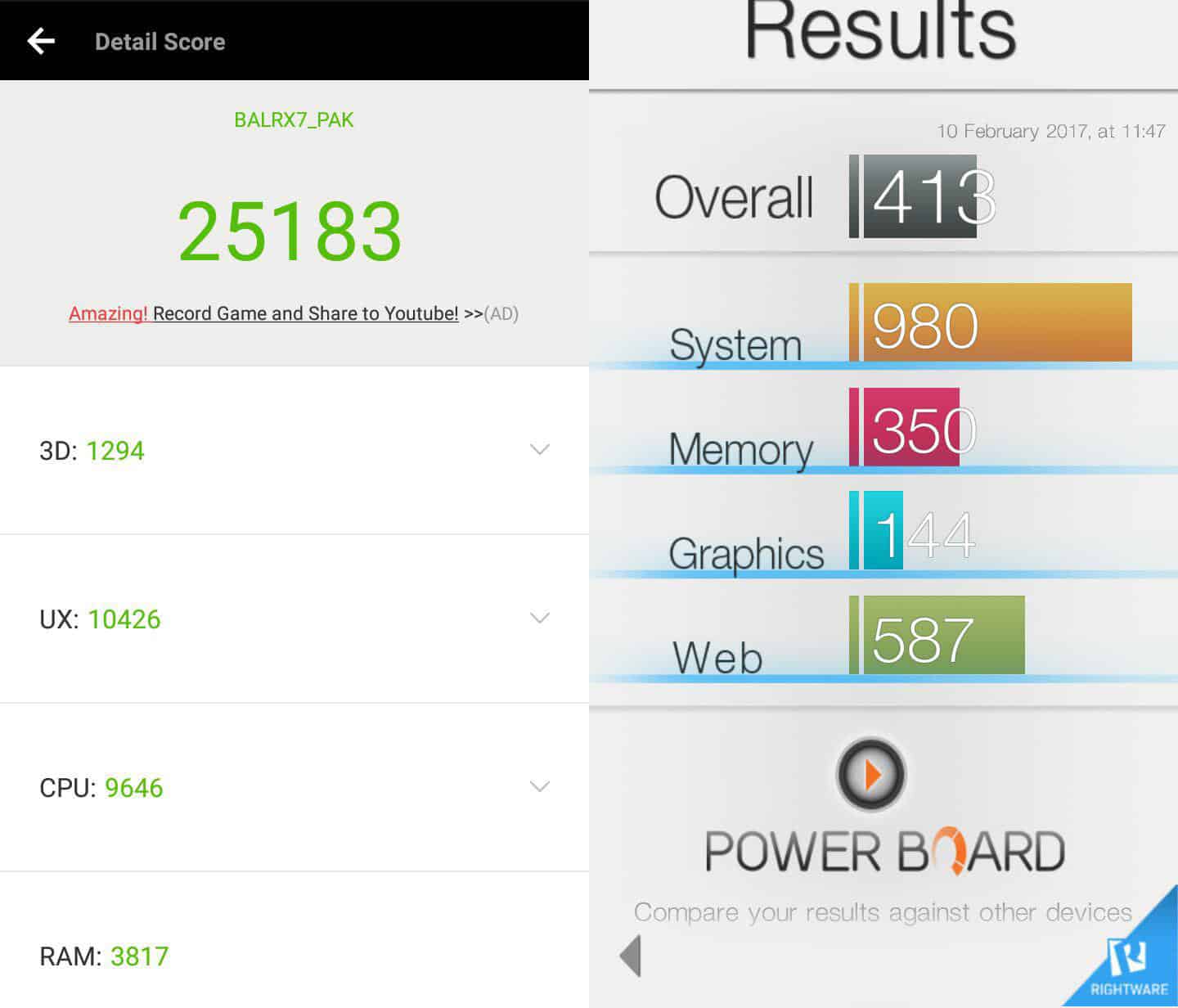 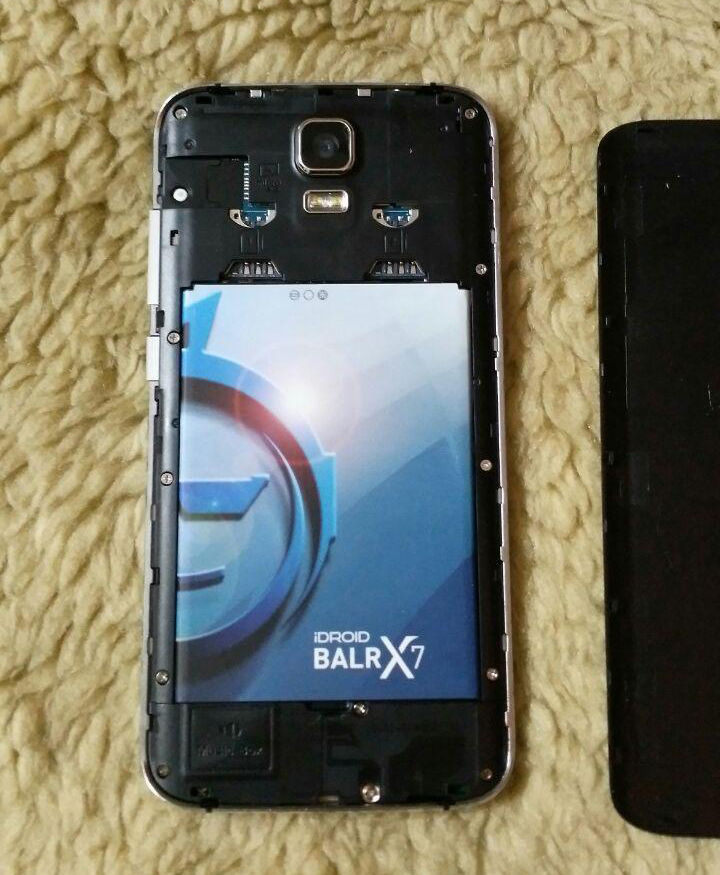 The iDroid BALR X7 comes with a 2,800mAh battery, not big for its size but it definitely gets the job done. The stand-by power draw of the iDroid BALR X7 is pretty good, especially for its capacity.

Other Smartphones with 2,800mAh  battery (or round about), contain almost identical stand-by and talk time results, even though some smartphones are more expensive. So surely, this is a positive sign for iDroid company.

Talk-time was calculated at 18 hours and had a 7 hours video playback time, not out of the ordinary for 2016 but very impressive for its price range and quality.

The smartphone is equipped with dual-flash rear camera and single flash front camera, 8MP and 5MP respectively. The picture quality is impressive comparing it other phones in its price range.

The options of the rear camera include:

Continuous shot option allows you to take either 20 or 40 pictures in one go.

The selfie camera uses a 5MP sensor, also with an f/2.0 aperture. Both main and front camera have HDR+ mode.

Here are some of the sample pictures:

Outdoor, with HDR on: 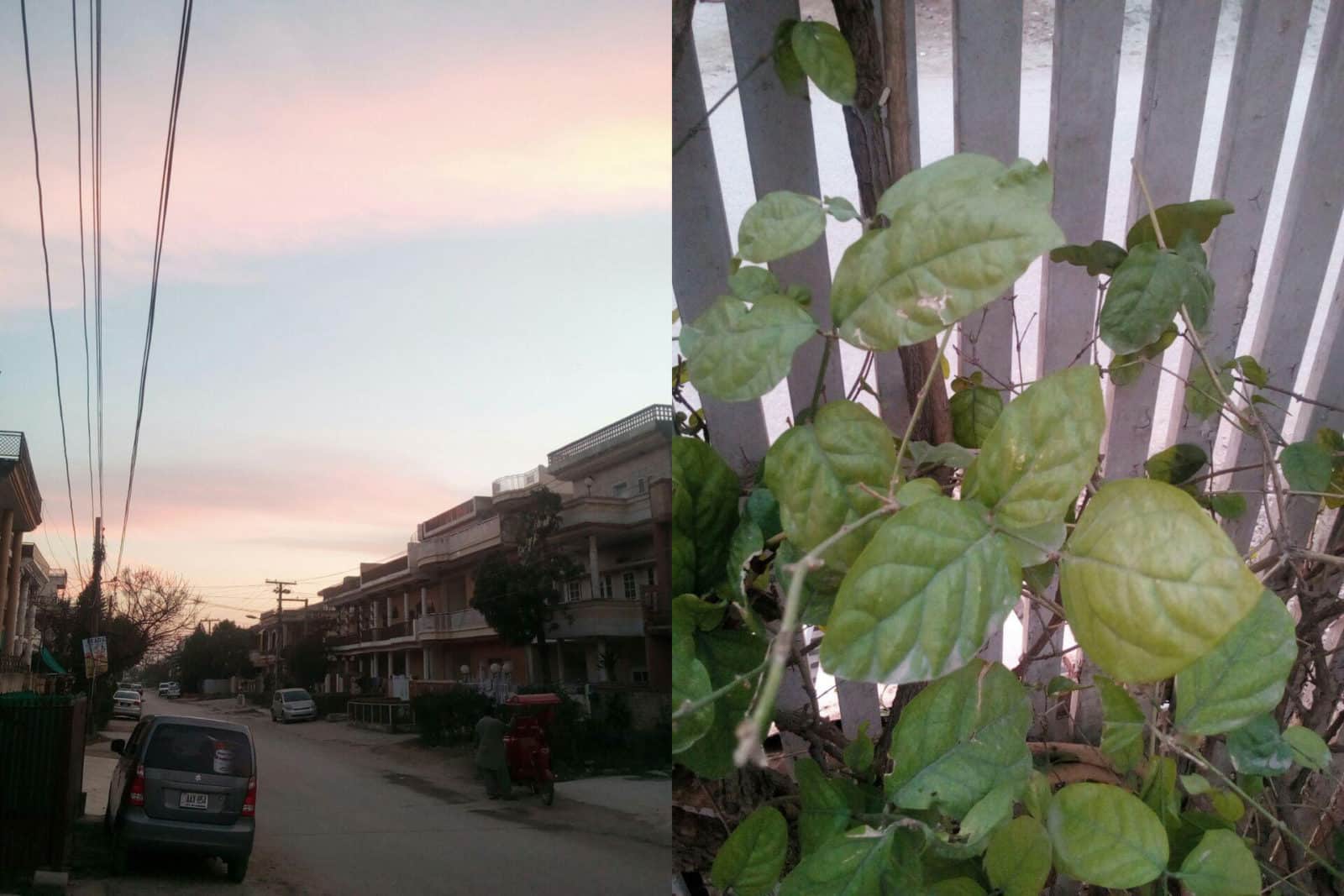 Indoor, with HDR on: 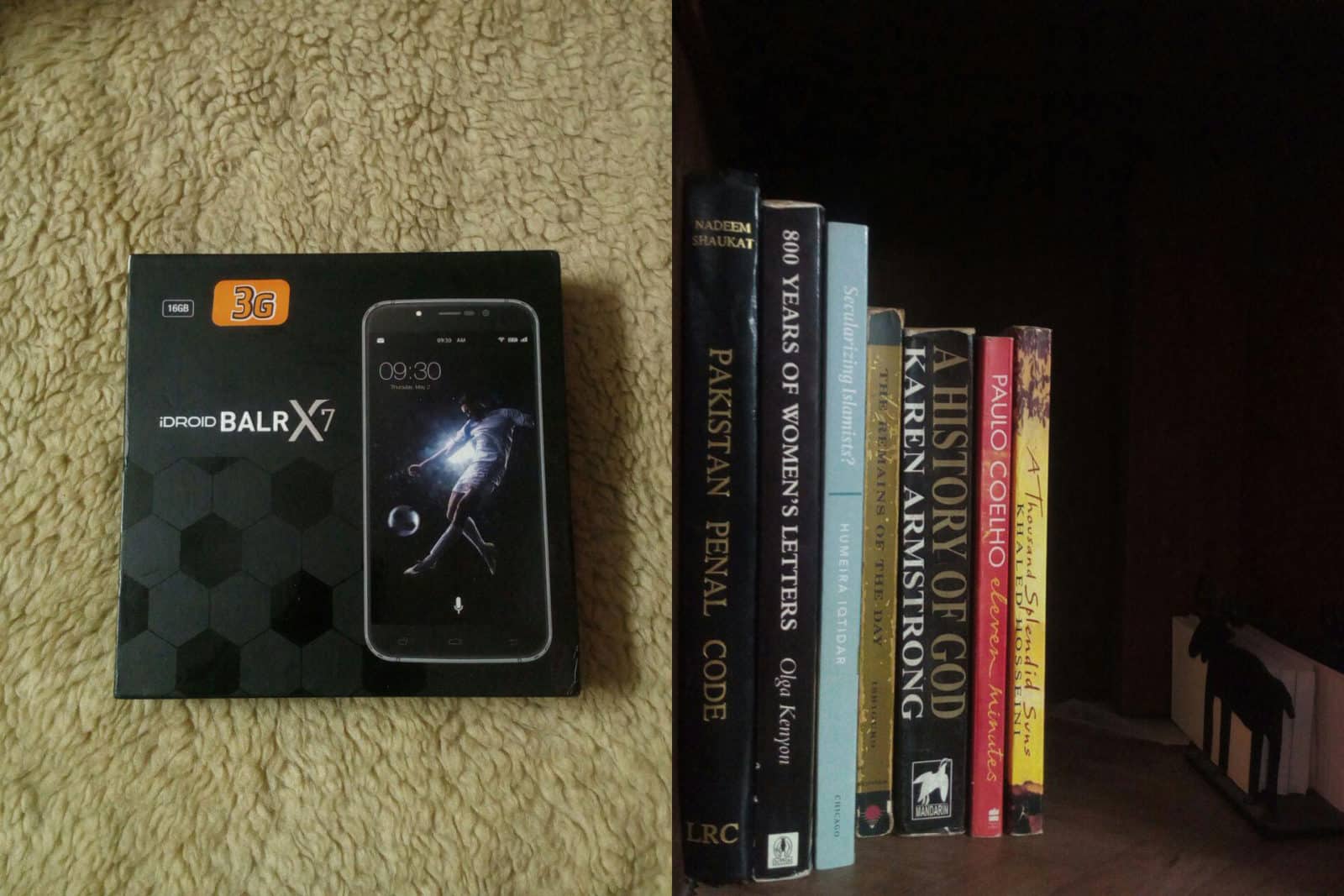 As you can see, the colors are good for brightly lit and indoor shots but the colors come out pretty washed up as the light deteriorates. The front and rear flashes could save your images in low light for nearby shots but the flashes won’t help much when it comes to landscapes and distant objects.

The quality is what you would expect in the range. Its decent in bright light but the results are pretty ordinary when brightness drops.

The iDroid BALR X7 offers a very decent build quality and the metal frame only adds to it. A good screen, software optimization and decent battery add to the value of the phone while the camera is about par for this price range. A slightly better camera, a newer Android version and perhaps a slightly larger could have helped. Nonetheless, you wont be disappointed considering that you get so much and all just for under Rs. 10,000.

We think iDroid has a decent performer in the shape of BALR X7 and could take on other mobile OEMs in Pakistan for this price range.

Get the iDroid smartphone online at Yayvo.com.