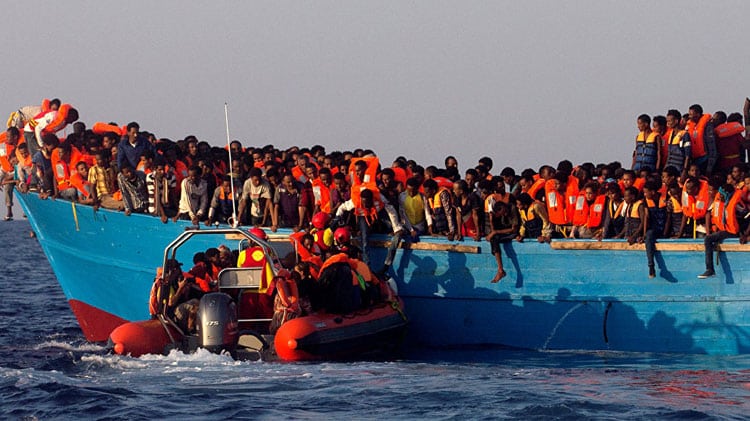 Illegal migration – an intricate and complicated issue – is not confined to a particular country or region but has spread across the globe and the subcontinent is especially affected. There are countless reasons for immigrants smuggling all over the world and dominant one is economic deprivation and inequality prevalent in society.

This write-up is an attempt to cover causes and implications of menace of immigrant smuggling in Pakistan as well as propose remedies and measures that may be taken to eliminate or minimize this menace.

There is acute shortage of jobs especially for young people. Even the jobs that do exist provide for an adequate living at best.

There is an unhealthy competition in our society to become rich overnight which compels our youth to explore illegal means. When unemployment, poverty, social injustice and inequality is prevailing in a society there are always two options for the young generation either to sustain constant agony of poverty, despondency and destitute or to break law and explore some other avenues to lead some prosperous life.

In this background majority of the young generation obviously look for foreign shores. They are also enamored from the opulence demonstrated by expatriates. It is a matter of common experience that such like people easily fall prey to traveling agents mafia.

If we talk about the route, Iran and Turkey are gateway to Europe and United Kingdom (UK) for economic migrants from South Asia and the Middle East. The migrants look for better educational opportunities as well as a more promising economic future.

“The young educated youth have less jobs in our country. We want go to Europe for a better future. A lot of guys desire to go for study for a better life but don’t have money they need,” said a migrant from Gujrat.

While many came to Iran and Turkey with intention of continuing their journey to richer European nations like Germany, France and UK, some want to remain in Turkey to work. But in a few months’ time, they inevitably realize that they cannot achieve economic prosperity.

The EU nations have now made tough rules for migrants. Muhammad Ali said, “The country and the people in Turkey are good, but it is difficult to make enough money here. People desires to go somewhere like Italy, Greece or UK to earn a living for their family.”

Inclining towards migrating to EU countries and UK for better future most of the migrants opt illegal channels and eventually land in trouble and face a lot of hardships. What these individuals do not realize is that when they go to UK or other countries through illegal means they are taking a huge risk.

Realizing the situation, the government in Pakistan made progress in its efforts to prevent immigrants smuggling and introduced schemes under Prime Minister’s Youth Development Program to engage educated youth to do their own business or get a skill to meet modern needs.

The Government through Federal Investigation Agency (FIA) also launched a countrywide crackdown on immigrant smugglers. The issue is a complicated one but it can only be dealt with joint public-private endeavors and through launching awareness campaigns and generating more and more employment opportunities for young people.

More on the topic: