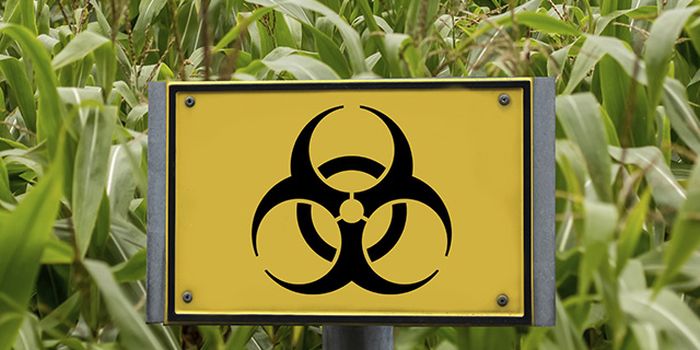 Last year, Punjab failed to meet its target by 2 million bales in the cotton production. Following that, the government is once again in negotiation with Monsanto, a company which develops genetically modified seeds, hoping to see a higher production in the province.

It is being said that the company is ready to sell its GM technology for a heavy sum which will then allow local seed producers to use the technology for their seeds. About 95 percent of Pakistan’s cotton crops use GM cotton with Bt toxins, which have built-in toxins against bollworms.

Are genetically modified crops and technology the answer to Pakistan’s crop production woes? We take a look at how Pakistan has used GM seeds and how much success (or failure) it has faced so far by adopting them.

History of Monsanto and Pakistan

Pakistan has been using Monsanto’s seeds since 2002. Back then, the company did not seek patent protection when it started selling seeds in Pakistan. Soon after, local seek makers started copying the company’s Bt technology.

Given this scenario, it is to be noted that Pakistani seed producers do not have to pass any regulatory control and it’s mostly done informally without any sort of supervision. Hence, even though Monsanto’s seeds could have brought some benefits, the agricultural sector ended up with continuously deteriorating production.

Low germination and low quality seeds have hurt cotton production during the most part of the past decade. Another issue is that bollworms have developed immunity to the Bt toxins, mostly because of the low-toxin expressing seeds. So not only was the production hut by low quality seeds, farmers now have to use regular pesticides to get rid of the bollworms.

Monsanto aims to solve the current issues in Pakistan by using its second generation GM cotton seeds often referred to as Bollgard II (BG II) which produce two toxins against bollworms instead of one.

However, it is expected that bollworms will eventually develop resistance to both toxins and second generation technology will become useless as well within 8 to 10 years. However, they are a good solution for the time being.

BG II is also herbicide resistant allowing farmers to use certain herbicides without damaging the crop. This type of cotton is called RoundUp Ready Flex (RRF).

Monsanto has employed a smarter technique this time around as it has patented its seeds for BG-II and RRF up until 2021 and 2023. This prevents local seed companies from copying the second generation seeds unless they procure a license from Monsanto until the license expires.

Currently Punjab government and Monsanto are in negotiations regarding the BG II and RRf seeds. Monsanto is reluctant to offer seeds in Pakistan fearing that the government doesn’t have the necessary control to prevent local seed makers from violating the patents and copying Monsanto’s products.

The company has, however, put forward a solution. It wants a hefty sum to be paid as technology fee if the government wants the local seed makers to produce BG II and RRF seeds.

It is being reported that the government is ready to pay the heavy sum without any knowledge of the consequences. There have been several reports of Monsanto’s seeds not performing as promised by the company all around the world. Secondly, Pakistan has already witnessed that unregulated seed makers have hurt the agricultural production more than what bollworms could have managed on their own.

The same is likely to be repeated again unless proper arrangements are made and quality standards are enforced in the seed market. For the time being the government runs the risk of paying a huge sum to Monsanto without asking for tangible deliverables and targets when it comes to crop production.

Another point to consider is that Monsanto’s patents are due to expire in 2021 and 2023 and it takes at least 2 to 3 years for the implementation of a new technology into the seeds. So even if the technology is bought today, it would be free for use, or patents would be near expiry by the time the seeds are ready.

Buying something that can be available for free after a little bit of waiting makes little economic sense, especially in Pakistan’s case. However, if the government chooses not to pay the technology fee and only get the seeds under license and enforces a seed quality standard, it could help the local agricultural production a lot in the future.

Even Pakistan’s own companies from Faisalabad and Lahore have developed similar second generation seeds but they have been ignored by the government and everyone else. Of course, those seeds might possibly be just copies of the Monsanto ones, but still promoting local research is never a bad idea.

Another aspect is that instead of focusing on the improvement of NARC (National Agricultural Research Centre) the government has been cutting its funds, work force and even the land it owns. Recently, it was reported that the land owned by NARC was being taken over by a housing society.

Pakistan’s agricultural institutes and NARC have had a massively positive effect in the past and if the government really wants to promote agriculture in the country, local institutes need to be empowered and funded to solve local problems. Spending money on foreign companies is only a temporary solution.

Monsanto’s Seeds and Their Effects

Since Monsanto’s seeds produce toxins, they are known to kill bee populations. These are the very bees which pollinate all plants everywhere in the world and produce honey. GM seeds are hazardous to bees and widescale use of Monsanto’s seeds could mean a drastic danger to the environment and honey production in a country.

RRF is also linked with having a negative effect on the non-GM plants. It has been reported that RRF based crops kill all other crops, insects and animals. Such plants are banned in Europe but are still allowed in the company’s home market, America.

While cotton is a cash crop, Monsanto also produces food crop seeds. All of these are said to be produced using dead pigs, cows, spiders and some viruses.

A simple google search of the word “Monsanto” will show you at least 5 results explaining the dangers of using the company’s seeds and how it has grown so big during the past century.

The government has at least two tasks at hand which need to be implemented as soon as possible. Instead of paying for the Monsanto seeds, the government should be leasing their seeds until the expiration of the patents.

It would need to ensured that unlicensed companies do not copy the BG II and RRF seeds. And if the Monsanto and Punjab government negotiations fail, there’s the option of going for locally available alternatives.

Of course, the real issue aren’t Monsanto and the government’s financial affairs. The real task would be to prevent other crop production in the same areas as GM crops from Monsanto and cordoning off the area in such a manner that the natural pollination patterns through bees is not affected. This can also be done by only using GM seeds in areas where food crops are not produced and there is less plantation around.

Read More: Pakistan is Missing Out on a Huge Opportunity by Not Using Tech in Agriculture

There’s also the matter of long term vision which needs to be taken into consideration soon. Pakistan’s local research needs to be promoted and funded. Being an agricultural country, the major research focus should have been agriculture-related but that is not the case these days.

Seed quality standards and proper legislature on genetically modified seeds also needs to be introduced by the government. If the situation really does get out of hand, these genetic seeds could end up killing all organic plantation around them.

As far as Monsanto is concerned, perhaps the government needs to put some specialists to do some research on why the company is called the “most evil company on earth” in America and why GM seeds have been protested against for decades now.