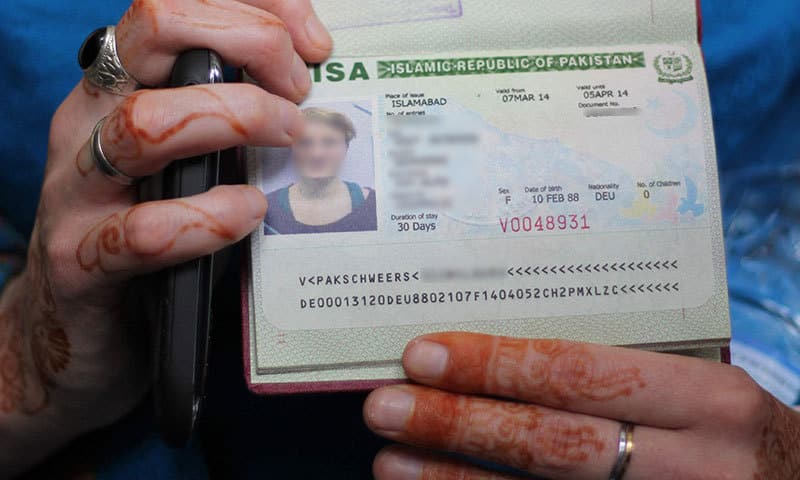 The Interior Minister Chauhdry Nisar Ali Khan on Monday has directed NADRA to establish a centralized digital databank for issuance of visa to all foreigners issued through Pakistan missions across the globe.

The mechanism, he said, would help the foreigners to get an online visa appointment for any category of visas for travelling to Pakistan. At the same time it will bring transparency and clarity in to the system.

The Interior Minister was chairing a high-level meeting which was also attended by secretary interior, chairman NADRA, director general Air Wing and senior officers from Ministry of Interior.

The Interior Minister said that central digital databank of visa appointments and visa issuance mechanism would help the state to keep a check on all aliens visiting the country. It is pertinent to mention that on the directions of the Interior Minister Chaudhry Nisar Ali Khan the letter written by the Prime Minister Office during the previous government authorizing our Ambassador in US to issue visas with approval from Islamabad was withdrawn in 2014.

The Interior Minister observed that there was still a need to make the whole exercise more transparent.
A lot has been done, he said, during the last three years to ensure that no alien should enter Pakistan without proper documents and these documents should duly be verified before issue.

He ordered NADRA to develop an online system for issuance of visas so that everything comes on the record and there is absolutely no space for irregularity.

The meeting also discussed the future of Ministry of Interior’s Air Wing post 2017. The Interior Minister said that: “Air cover of the Ministry of Interior is for its fight against terrorism, militancy, extremism, and drug peddlers in the most sensitive areas across Pak-Afghan border and specifically in Balochistan and it has been a source of great support for our security forces in this respect.”

The Interior Minister directed the Ministry to prepare a plan whereby “the Air Wing continue to provide its support to our security agencies post 2017.”

The Interior Minister also imposed a ban on NADRA from taking buildings on rent basis besides also refraining it from purchasing land on commercial rates for establishment of its offices.

The Interior Minister also directed NADRA to review the rates given to private contractors for renovation of NADRA mega centers and all its centers across Pakistan.

The Interior Minister also asked NADRA to establish new rules and regulations for infusing transparency for hiring private contractors since public money is not meant for doling out favors to the contractor mafia.

The Interior Minister said that NADRA should approach all the provincial governments for purchasing of land for its offices on government rates. The interior minister gave one week deadline to NADRA for putting up a proposal in regards to establishment rules and regulations for the contractors and settling their rates for construction / renovation.

He said that looking at the financial wrongdoings of the past over the purchase of land and building on rent purposes NADRA it is imperative that such practice should be stopped for good.

National Technology Limited, a software company established by NADRA, was also closed down on the orders of the Interior Minister. The Interior Minister said that NTL was source of financial misappropriation and has been closed down mainly to plug financial bungling. He said that despite the closure of NTL the international commitments of NADRA would not be effected since requisite amendments would be done to address NADRA’s international obligations and contracts with foreign institutions and countries.