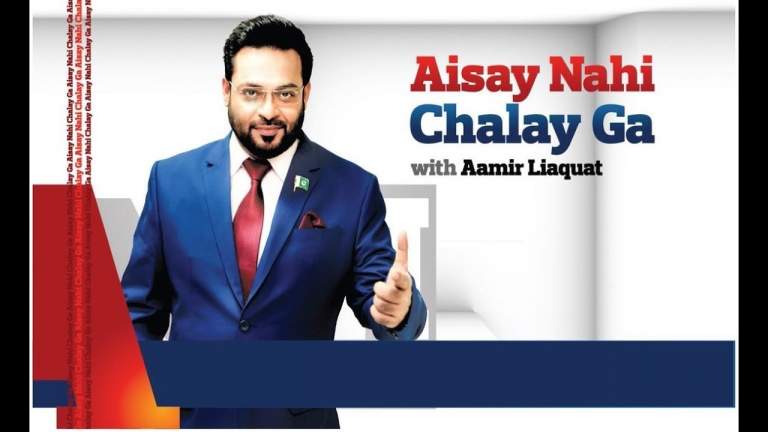 The regulatory authority has also imposed a fine of Rs1 million on the news channel. This must be paid within 15 days after the issuance of PEMRA’s decision.

In its notification issued on Monday, PEMRA ordered Aamir Liaquat and Bol News to ‘apologize unconditionally to the viewers for airing the hate-speech.’ The apology has to be issued during the transmission of the program Aisay Nahi Chalay Ga, on or before March 31.

This latest decision by PEMRA requires that the text of the apology should be displayed onscreen while the apology is being spoken out.

The notice further requires Bol TV to submit an affidavit by March 31 as an assurance to PEMRA that no hate speech shall be aired in the future.

In case of non-compliance, the ban on both the host and the program will again come into effect from April 1, the notice declares.

On January 27, Aamir Liaquat had described the missing bloggers and civil society activists as anti-Pakistan and anti-Islam, and levelled blasphemy allegations against them, in his program Aisay Nahi Chalay Ga. In response, PEMRA had banned the program. However, the Supreme Court had later allowed the program to continue on the condition that no further hate speech would be aired, and asked Aamir Liaquat to submit a reply.

Aamir Liaquat’s allegations against activists and journalists was met with sharp criticism, particularly on social media. It had also resulted in lawyer and human rights activist Jibran Nasir filing an FIR against him under the Anti-Terrorism Act.

All Pakistan Newspapers Society (APNS), in a statement, had also expressed ‘profound concern over the incessant trend of unscrupulous outbursts of baseless allegations and hate mongering on a satellite channel against journalists, publishers and editors of newspapers.’