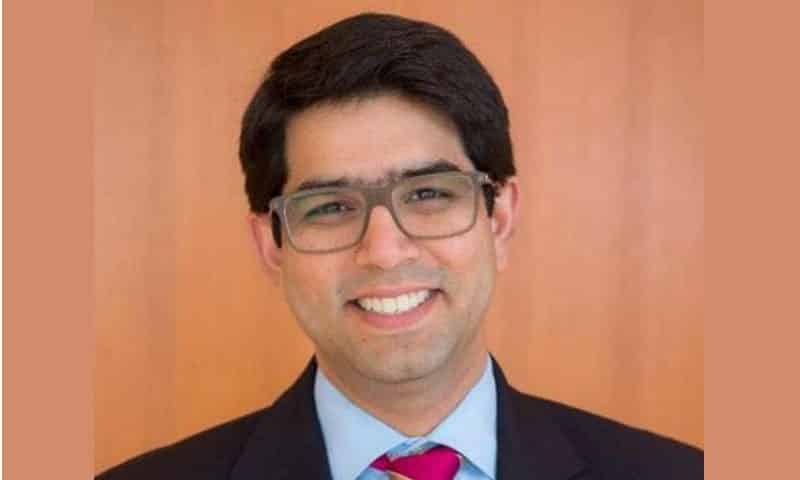 Dr Adil Haider, a Pakistani American trauma surgeon, has been awarded the Ellis Island Medal of Honor, one of the most prestigious awards for immigrants in the USA.

The Ellis Island Medal of Honor is annually presented to individuals from immigrant backgrounds who have made notable accomplishments in their respective fields. Past recipients of the award include six US Presidents, along with the likes of Frank Sinatra, Muhammad Ali, and Hilary Clinton.

Dr Adil Haider is a second generation American, born in the state of Ohio in 1973 to Pakistani parents. His family, however, moved back to Pakistan in the early 1980s to give back to the country where Dr Haider later attended the Aga Khan University (AKU) to become a medical doctor in 1998.

The following year he moved back to the US where he pursued a master’s degree in public health at John Hopkins University in Maryland.

‘There are certainly many others who deserve this far more than me and I am just lucky to have been recognized,’ he wrote, stating he was ‘humbled to have been bestowed this honor.’

Dr Haider, while talking to a Pakistani newspaper, reflected on his years spent in Pakistan, where he said he learnt the value of hard work.

‘I was privileged enough to attend AKU where at least 20 percent of the curriculum is focused on community health care,’ he said. He had conducted community clinics in low-income areas of Karachi, and it was then that he had decided to pursue a career in public health.

Dr Haider is currently working as the Kessler Director of the Center for Surgery and Public Health at the Brigham and Women’s Hospital (BWH), a teaching affiliate of Harvard Medical School. Over the past 15 years, Dr Haider has mentored over 100 researchers, and many of his medical graduates have come from Pakistan.