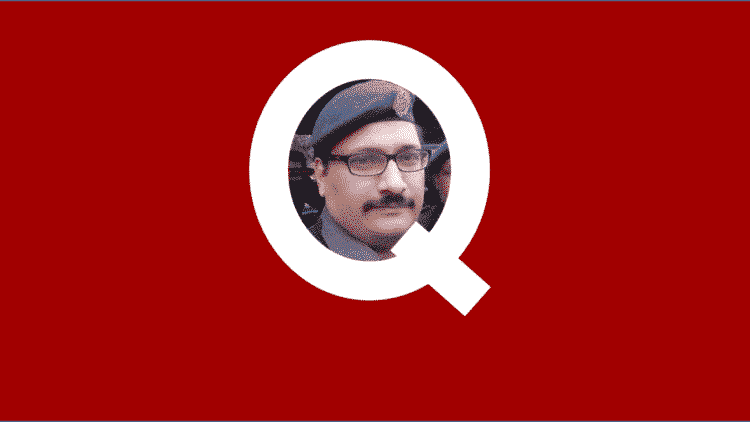 Do you know the best and the worst thing about the internet? Anyone can share anything they want to and it can be read by millions and millions of people, be it your next-door neighbor or a person sitting behind a computer screen across the globe.

While this may mean freedom of speech for everyone, it also means the lack of a proper vetting process which has resulted in an online-fake-news-apocalypse in recent years. The internet is a tool! It’s a double-edged sword, and it all depends on how it is used.

One man, a mere police constable from Pakistan, is utilizing the power of the internet to share his views about the topics he is interested in. In a society that judges you on the basis of your social status, it gets really hard to share your own views and opinions with the people around you and still have them take you seriously.

Neman is a police constable, working for the Pakistani police. Belonging to a lower middle-class family, he got his education from a government school and holds a Matriculation degree.

I came across Neman’s profile on Quora, a kind of a social network where users post questions which can be subsequently answered by other users, while casually surfing my feed. He had posted an answer to “How did Muhammad Mahmood Alam manage to shoot down 5 Hawker Hunters in 30 seconds?”. Having heard the famous story as a child, I was intrigued and clicked on it.

It was wonderful. The way he portrayed the whole scene, all while not taking any sides, left me impressed. He also took help from actual data to explain his point of view. This and a Pakistani-sounding name below the answer pushed me to probe further.

I headed over to his Quora profile and saw that, according to his profile, this “Police constable, Blogger, Daydreamer” from Pakistan had over 4 million answer views— half million of which were during the past month alone. Reading through some of his answers also left me with the same impression I had after reading his first answer.

Most Viewed Pakistani on Quora

With over 26K followers on Quora, Neman is one of the most followed Quora users from Pakistan as well. In fact, he might be the most followed person from this country but since Quora offers no certain way to verify that fact, there is no way to know for sure.

A simple search for “Neman Ashraf” on the site will bring up tons of questions about him, his lifestyle, and his beautiful style of writing. People have posted questions posed for him, asking his views on certain topics, from Narendra Modi to CPEC, to the plight of Hindus in Pakistan. One guy even asked about his views on the movie, Bajrangi Bhaijaan. Well liked by users from all around the world, he is especially popular among users from Pakistan and India.

“Most of us(Indians and Pakistanis) wonder how a Police constable can write so well and with facts because we have a “set” perception about our police. So whenever we see his answer we feel great and hope that more people from both countries like him should join Quora,” said Prashant Sharma, a Quora user from India.

I looked him over and found that a local entertainment company, had covered him earlier this year but it lacked any input from Neman himself. So I reached out to him about writing an article about this amazing writer.

Although he thanked me for my interest, he was reluctant to have me write an article on him. An extremely modest and down-to-earth person, he said that he didn’t like the idea of getting more exposure than he had already gotten on Quora. It took a while for me to convince him and he finally caved in on the condition that I would keep some of his information private.

Despite his lack of any higher education, Neman’s command in writing in English is pretty extraordinary. He does his research before answering any question and uses facts to explain his reasoning. Moreover, he refrains from using any aggressive language.

When asked how he got so good at it, he replied modestly, saying that he doesn’t know how he started writing well. He has no previous writing experience. He doesn’t read books but did mention that he watches a lot of English programs as a hobby, including documentaries, movies, TV sitcoms, Dramas, etc.

“I honestly doubt if I have an ability to write intentionally well,” said Neman. “I am not good in writing. Maybe I am good in translating my thoughts on paper. Maybe my common sense is a little more active than an average person. Maybe that’s why people think I may write well.”

Neman came across Quora last year and loved the fact that anyone could present their opinions on something and, through the amazing community of Quora users, it was very easy to judge the right opinion/answer among the rest.

“It presents both sides of any perspective. One can learn a great deal around here,” he added.

Answering Questions Because He Loves To 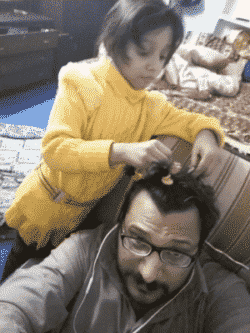 personal favorite answers by Neman are to questions like “When was the first time you felt poor?”, “Do Pakistani police try very hard to solve cases or ignore some?”, “What was your most embarrassing airport/airplane experience?” and “What were you doing before writing this answer?”. For the last one, he gave a detailed description about how we had just gotten his hair done from his daughter.

A father of two, Neman is 36-years-old and happily married. He lives his own happy little life as a police constable. Several people on Quora have asked him to pursue a career in writing and he also plans to launch his personal blog soon. (We will update this article with the link when he does.)

There are millions of people in Pakistan who know how to write, be it Urdu or English or any other language. However, not every one of those has that special talent to translate their thoughts into words with ink (or digital ink) in a way that is a joy to read for others. That is the one special skill that can truly distinguish a person, not his social status or the amount of money he or she has.

Neman’s story is a really special one, not just because he somehow managed to make it big on Quora. It is special because he is the human face that many people in Pakistan need to see. It is the face that breaks a stereotype. There is just too much clutter everywhere. Too much violence. Newspapers are filled with those. We need change. The people of this country need a change.