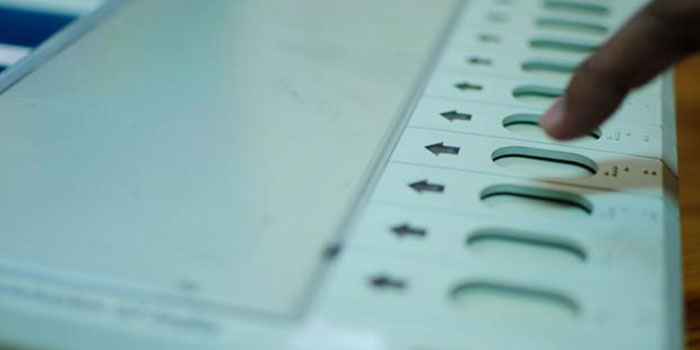 The use of Electronic Voting Machines (EVMs) and Biometric Voting Machines (BVMs) by the Election Commission of Pakistan (ECP) for the upcoming elections might not be possible. The commission has stated that unless the government can spend around Rs. 90 billion, these machines cannot be bought.

Besides Pakistan Tehreek-e-Insaf (PTI), almost all political parties have taken back their demand of using this technology for any upcoming elections.

There are around 80,000 polling stations all over the country and the ECP would need about 0.6 million machines for the voting process if EVMs and BVMs were to be used. The price for the units is Rs. 120,000 (for Electronic) and Rs. 180,000 (for Biometric) respectively.

There is some good news though – the ECP has bought about 250 machines for this year’s by-elections. These machines are going to serve as a test case.

Furthermore, the commission has also begun training its very limited staff on usage and handling of these machines.

Use of EVMs, BVMs in Upcoming Elections is Unlikely

Officials of the ECP also revealed that the use of EVMs and BVMs in the next general elections is merely a proposal and is not really going to become a reality. This is due to two reasons – it is very unlikely that the government will release the funds needed to buy the machinery and even if it does so, the ECP does not have ability to train its staff on the handling and usage in such a short amount of time.

Moreover, the officials also claimed that other countries that had used these machines had not been completely successful either as they can be tampered. However, the use of such machines is common in all modern countries and considering the widescale of rigging issues in manual voting, EVMs would be an obvious upgrade.

They further said that India took more than 20 years to initiate these electronic voting devices but various political parties of the country have begun campaigning for elections to be done using ballot papers. Although, Indian machines are produced locally and use an outdated design.

Aside from ECP officials, even the former Chairperson Senate and Pakistan Peoples Party’s legal mind, Mr. Farooq H Naek, has said that the Electronic Voting Machines are expensive. According to him the most efficient system would be using thumb impressions since they cannot be tampered with and the ECP can do this in collaboration with the National Database and Registration Authority (NADRA).

“The most important is a biometric system and a ballot paper having water link like a currency note so that no one can get it printed except the ECP,” he said.

On the other hand, PTI leader Dr. Arif Alvi has stated that earlier every political party in the country was calling for the use of EVMs in the coming up elections but now the only reason they have backed out of this united demand is their own personal interests.

Dr. Arif Alvi is leading the sub-committee responsible for evaluating EVMs usage in the next elections

“I hold the election commission responsible for this failure,” he said, “the commission can take a decision independently in this regard by amending its rules, as there is no need to amend the constitution for use of the EVMs for elections.”

Moreover, he says that this sort of machinery is imperative to ensure transparency and fairness in a country where even the election commission is corrupt.

On the matter of the Indians also facing problems with these machines, he stated that this was merely a case of misinformation and that there is no disagreement in the country about the use of EVMs, just a call for paper trail ballot which would ensure even more transparency in elections.

Paper trail is the latest technique where votes are submitted through an EVM but a ballot is printed automatically along with the voter’s thumb impression and the opted party’s symbol. These ballots are machine readable so whenever there are any allegations of tampering in the electronic votes, the printed ballots can be scanned as well. Since these are machine readable, the process is much faster than counting manual ballots.

Considering the importance of elections on the progress of the country, spending Rs. 90 billion should not be a huge issue. The government has spent far more on infrastructure projects.

On the other hand, if the ECP plans to buy old models of such EVMs, it makes little sense to spend this much money. The government should promote local companies and hire local experts to design these machines in order to save costs and ensure reliability of the machines.