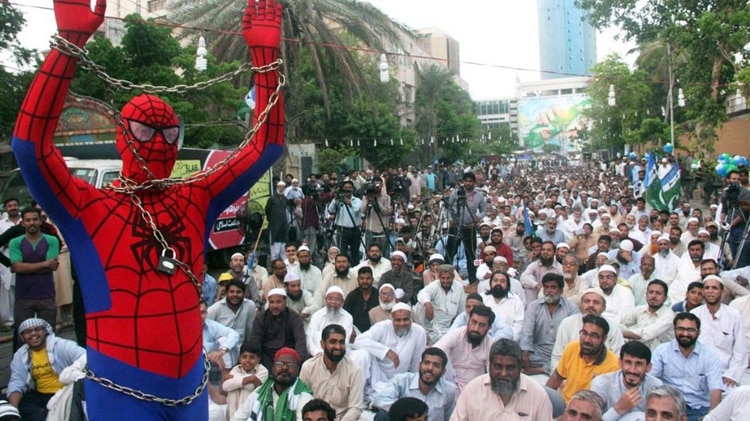 To exercise his power for the betterment of the Pakistani community, this local Spiderman turned up for a protest staged by Jamaat Islami (JI) against K-Electric in Karachi.

The protesters, and Spiderman, threatened a sit-in outside Governor House and claimed that the K-Electric hasn’t reimbursed Rs. 200 billion, which has been looted from the people of Karachi.

With arms raised, the local Spiderman protested his heart out and became the heart of the protest. 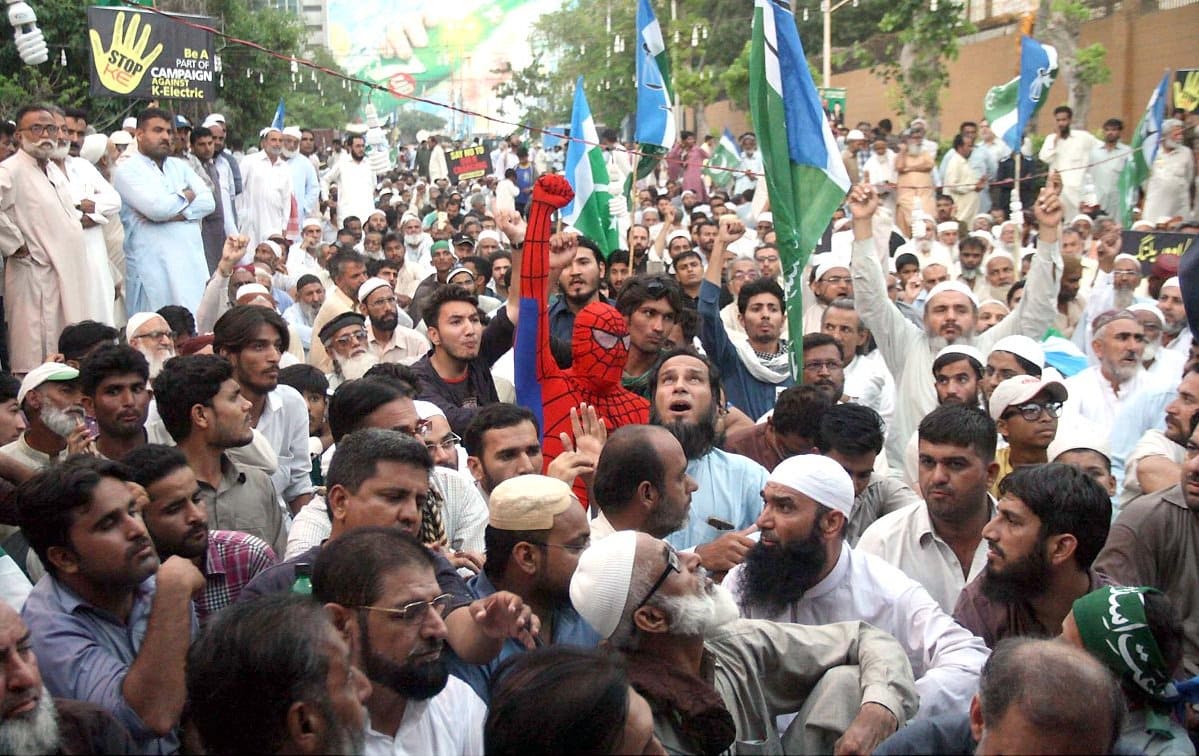 One might think that the antics would end there but the Spiderman had other ideas.

He proceeded to wrap himself in chains and mocked K-Electric by suggesting that they are holding the common people of Karachi as hostages.

These actions brought a smile on the faces of everyone protesting and created a huge buzz on social media platforms. 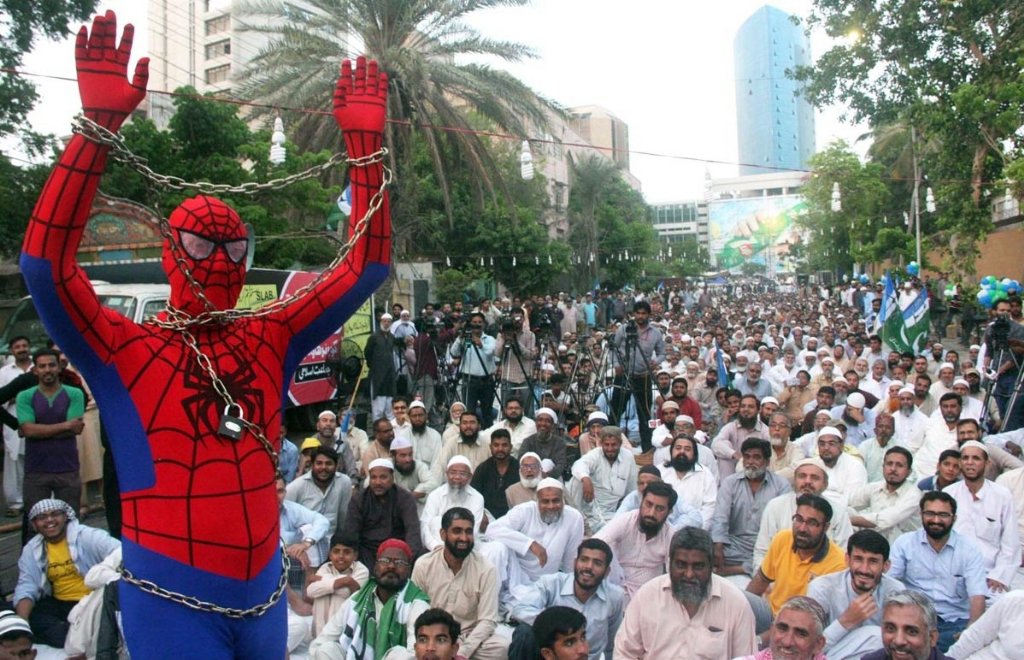 A week before this, Spiderman was also seen protesting in Karachi against unscheduled loadshedding. He was spotted and interviewed by a local resident.

Spiderman protests in Karachi city against local electric company over rotational load-shedding. Only in Pakistan. pic.twitter.com/SauQWK25YG

There is a hero in everyone and it is clear that the local Spiderman has realized that too. In hopes to contribute to the society, the desi Spiderman aims to carry on with his efforts and bring more attention to everyday issues that affect the common man.

It should be mentioned here that this desi Spiderman has become a fixture in many political protests in Pakistan and it seems that we have not seen the last of him yet. Unlike his comic book counterpart, this local Spidey’s spider sense only tingles when the lights go out.