Google is the king of web search by a good country mile. With over 1 billion monthly users and 2 trillion searches done annually, Google’s name has become synonyms with the word “search”.

However, despite its complete dominance, Google is not the only web search engine on the internet. Yahoo and Microsoft’s Bing have also been around for a considerable time, but there is one new kid on the block that offers you more than just good search results. It offers you the chance of helping the environment with every search you make!

Ecosia is a web search engine, much like Google, Bing, or any other search engine you may have come across. Although it was started in 2009, it just recently started gaining attraction. It’s simple to use, has almost the same look and feel as Google (but without the Knowledge Graph capabilities of the latter).

In terms of quality of search results, it also looks fairly same and offers decent results and is almost as fast. It uses the Yahoo! and Bing algorithms, which is actually a good thing as developing its own algorithms would have been a formidable task, especially compared to the veteran software giants like Google and Microsoft. Ecosia does have some of its own enhanced algorithms running on top of it.

Although a little inferior in quality due to Google’s extraordinary prowess in search, Ecosia still provides a decent alternative. Here is a side-by-side comparison of a search on Ecosia and Google,

“Ecosia plants trees with at least 80% of its ad revenue.”

A major part of the ad revenue earned through ad placements on its search engine goes to the planting of new trees. Ecosia is the only search engine to be awarded a B Corporation status, a certification awarded to organizations that have a positive effect on the environment or have strong social and environmental standards. 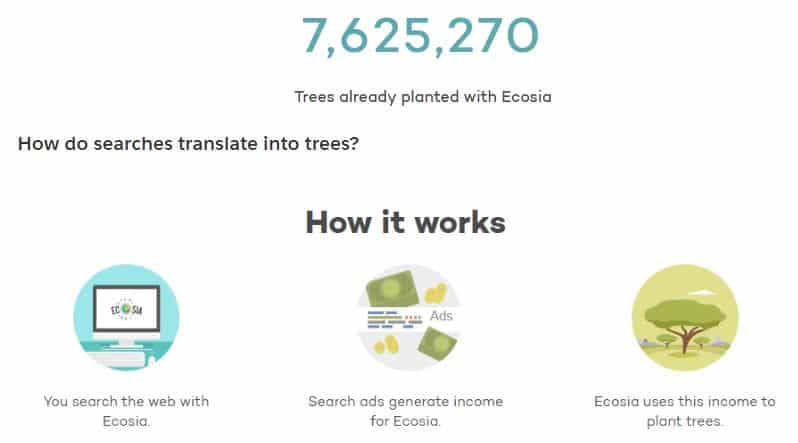 Trees are nature’s remedy for harmful environmental effects. Even if you have taken a few science classes, you know how trees can be beneficial for the environment. While some of their most obvious benefits include absorption of carbon dioxide and protection from soil erosion, forests also act as a home for millions of different species and regulate water cycles, preventing floods.

So it is devastating to hear that nearly 15 billion trees are cut down each year. While there have been numerous tree planting campaigns in recent years, around the world as well as in Pakistan, we still have a long way to go to make up for that huge number and Ecosia wants to help.

How do searches translate into trees?

Ecosia earns an average of 0.5 cents (Euro) per search and planting a single new tree currently costs them 28 cents.

“It takes an average of 56 web searches to fund one tree.”

Currently, the company has around 5.5 million active users and generates enough funds for the planting of a new tree roughly every 11 to 16 seconds. They have four ongoing projects right now: 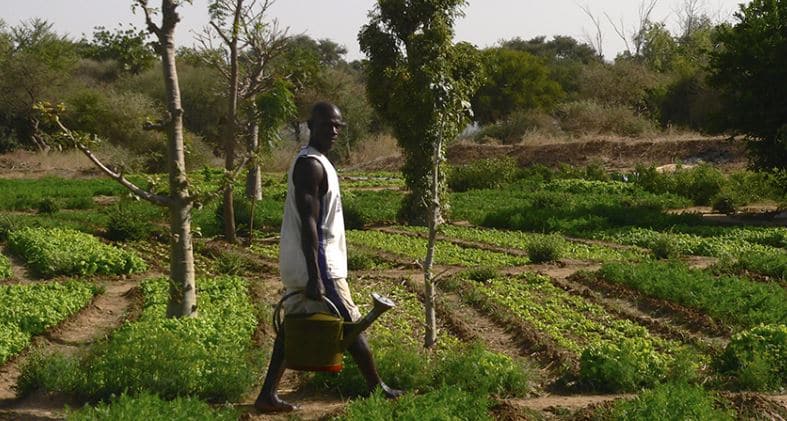 The search engine also has a personal tree counter for every user, which shows the number of trees that you’ve personally contributed to by using Ecosia. The calculation is done by taking the number of searches done by you and the current average of seconds Ecosia needs to finance one tree into account.

How can you contribute?

All you have to do is start using Ecosia instead of any search engine. You can also make it your default search engine by going to its home page and clicking on “Add Extension”.