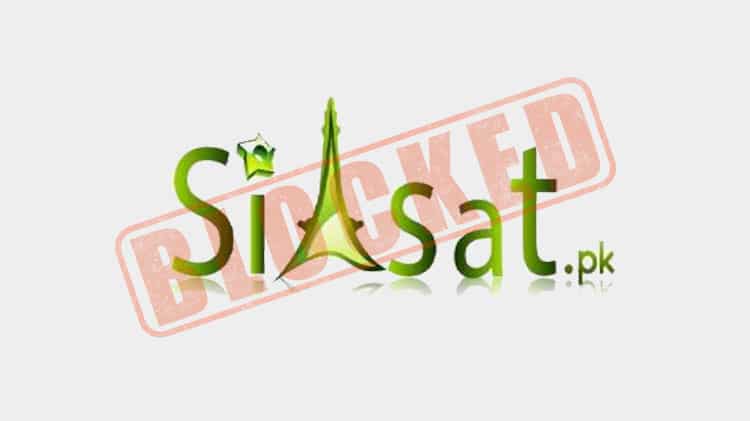 Known for pro-PTI and anti-government stance, the siasat.pk was today banned by Facebook without any notice or warning, we have checked with Siasat.PK management.

A member of team, who spoke with us over phone, confirmed that their Facebook page — with some 3.7 million likes — has been blocked and it is currently not accessible from anywhere in the world. 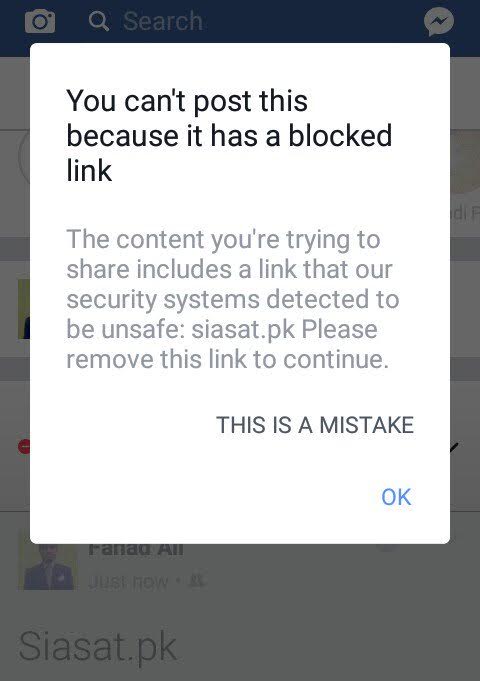 Siasat.PK confirmed ProPakistani that Facebook has not emailed them any notice or reason for the blockade of the website on the platform.

It must be mentioned here that whenever there’s a page ban, Facebook notifies the admin with the reason for the ban.

Siasat.PK founder further confirmed us that they reached out to Facebook themselves for a clarification, however, there hasn’t been any response for several hours.

It maybe recalled that Siasat.PK was previously blocked by PTA, which was later unblocked due to public pressure.

While Siasat.PK management is currently not sure, it said that Government (or the PML(N) social media team) could be behind the ban due to its anti-government stance.

Siasat.PK claimed that a complain was lodged by PTA to block Siasat.pk’s Facebook page. “Facebook, under the recent contract with Interior ministry, is bound to block any page for which a directive is received through PTA”, the website admin further claimed.

When ProPakistani asked PTA for a viewpoint, it said that regulator didn’t block the website neither it asked anyone for the same.

Internet users are already protesting the ban and #WeStandWithSiasatpk is currently in top trends in Pakistan on on twitter.