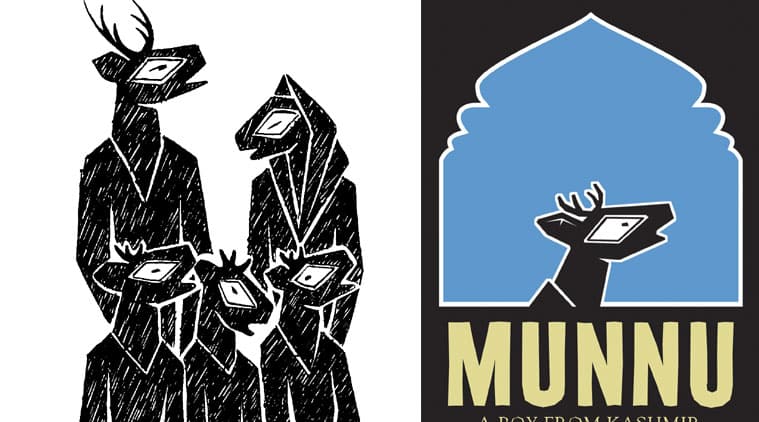 The brutal and bloodstained history of Kashmir needs no introduction in our part of the world. However, the world at large remains blind to the plight of innocent Kashmiris against India’s state-sponsored brutality.

The story of Kashmir therefore, is important to tell. It is against this backdrop that a graphic novelist, Malik Sajad, has chosen to use his imagination to tell the story of one of the world’s most scenic yet violence-plagued trouble spots.

Malik has, in the form of black and white drawings, portrayed a deeply personal and touching depiction of life in the Kashmir valley. Starting with events he saw with his own eyes during the 1990s, when Indian forces turned the roads red with the blood of Kashmiris, he tells the tale of the area’s inhabitants in the most simplest way of them all – via thought-provoking cartoons. 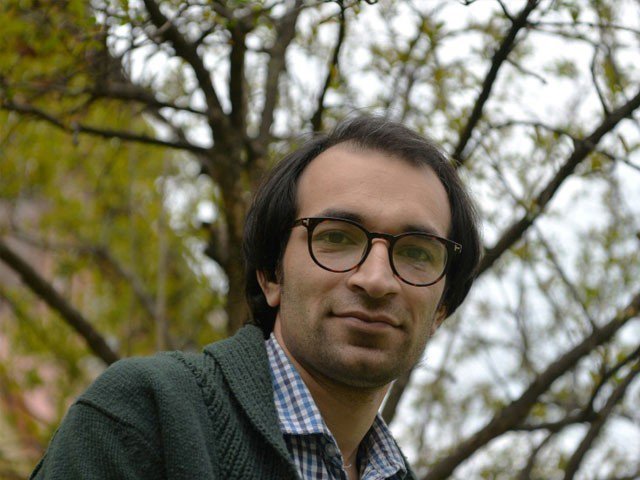 When he was just 13 years old, Sajjad started drawing for newspapers and moved out of Kashmir to study art. However, he says he has always felt a close affinity to literature as well. He decided that making graphic novels was the best way for him to express himself.

Sajad’s first graphic novel “Munnu – A Boy From Kashmir” is his own story of growing up in Kashmir valley’s city of Srinagar. Against a backdrop of clashes, curfews and detentions, the Indian army went on a full-fledged aggression against the Kashmiri freedom fighters in the 1990s.

After spending a decade abroad, he returned to his homeland and said:

“You grow up grappling with paranoia. And also cynicism a little, but a cynicism informed by reality.”

Despite the scenery and the people, there is a sadness surrounding the city, something that Sajjad wanted to express to the greater world via his drawings.

Sajad says “I prefer when it rains here, as nature joins you in that sadness. When it is sunny, it becomes really unsettling.”

Taking cues from German expressionist art, Sajjad’s first novel and his drawings feature an angular and jarred aesthetic. Instead of representing Kashmiris as humans, Sajjad has opted to portray them through the eyes of Hanguls, a local species of deer who are endangered by the army encroaching into their territory. That idea plays up on the metaphor of the hunter and the hunted – similar to the case of the Indian military hunting innocent Kashmiris down because they call for freedom.

Sajad believes that the lives of all Kashmiris are dependent on the “volatile atmosphere” of the region. The situation in Kashmir valley has been tense for the past few months. Eight people were killed by the police last month while dozens were martyred a few months before that after the Kashmiris protested over the death of Burhan Wani, an emerging leader.

However, he wanted to tell the story of Kashmiris on a more personal and human level, beyond the political rivalry between Pakistan and India.

The book was published in 2015 in the UK but it took six more months before it was available in India. According to him, his publisher told him that the authorities were slow to provide an ISBN number for the book.

Despite the controversial subject, the book has received a positive response. Sajad is often invited to universities to tell about his experiences as an artist and as a Kashmiri.

Sajad says “Unfortunately, in this part of the world human life is not important. It’s not just in Kashmir, it’s everywhere, people die like flies.”

In his opinion “Human lives do not have any value in South Asia.” A sentiment that is shared by many of his fellow compatriots in the region and beyond. Sajjad hopes that his work helps in understanding the Kashmir conflict at its most basic yet important level, without resorting to political rhetoric and grandstanding.

Munnu – A Boy from Kashmir can be bought from here.