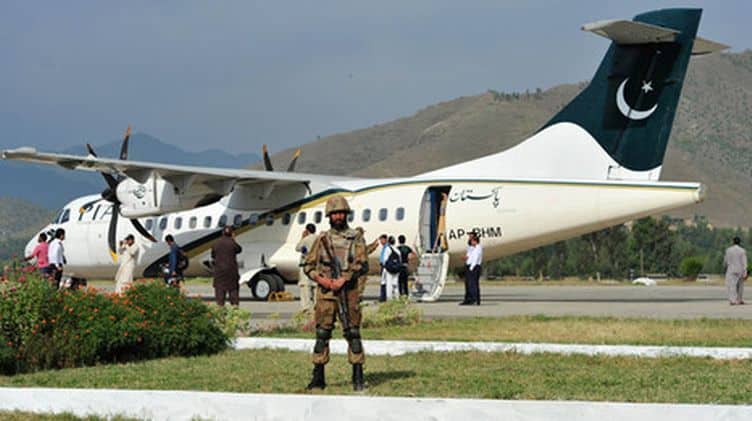 Two officials from the Pakistan International Airlines (PIA) have been arrested and charged by the Federal Investigation Agency (FIA) over allegations of involvement in human trafficking. Three Afghan women were caught using fake boarding passes in order to get on to a UK-bound flight from Benazir Bhutto International Airport Rawalpindi.

FIA has conducted an investigation regarding the activities of the arrested officials and Afghan women which has helped uncover a large human trafficking network. A man identified as Dr Altaf is said to be the ring leader of this illegal network, according to sources from the FIA.

The Afghan women stated during the FIA investigation that they paid a $20,000 fee in Kabul to get illegally transported to London.

The PIA official, Malik Naeem, who issued the fake boarding passes to the Afghan women, stated that he had done it on the orders of Israr, a member of the PIA’s task force.

According to sources within the FIA, three British passports were used to issue the fake boarding passes.

A case has been field against the alleged traffickers and the passengers who will be presented in court on Wednesday for approval of physical remands.

Pakistan is considered a key route for global human trafficking networks. The first law against human trafficking – known as The Prevention and Control of Human Trafficking Ordinance (PCHTO) – was announced October 2002. Prior to this, there was no adequate law in Pakistan to control the illegal trafficking menace.

On the other hand, PIA and Benazir Bhutto International Airport have been going through some bad press coverage of late as multiple cases of heroin recovery have surfaced from UK-bound flights, leading some to speculate about a smear campaign against the national airline.