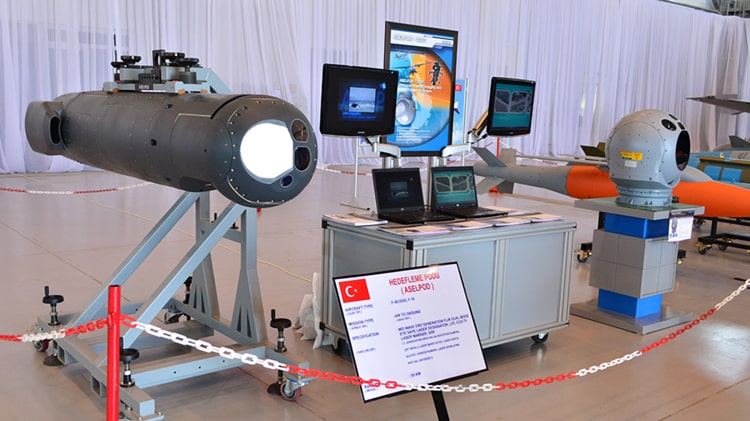 Pakistan has signed a contract worth approximately $25 million with Turkish defense company ASELSAN. The Turkish company will integrate its ASELPOD targeting system for JF-17 Fighter jets.

According to contract details, Pakistan will obtain 16 ASELPOD systems and will use them on the JF-17 fighter jets – which have been developed jointly with China.

The ASELPOD targeting system was originally developed by ASELSAN for the Turkish Air Force. The systems provide accurate data and images to fighter pilots, giving them a much needed edge in both combat and non-combat situations.

ASELPOD systems essentially transfers any captured images to the screen in front of the pilot.

ASELSAN realized the first ASELPOD exports last June to Pakistan, a system which the country has re-ordered a year later.

Said system will be used on the JF-17 aircraft that Pakistan has jointly developed with China.

Both the deals were signed on 10th May in a ceremony presided over by the Turkish defence Minister Fikri Isik and Pakistan’s minister for defence production, Tanvir Hussain.