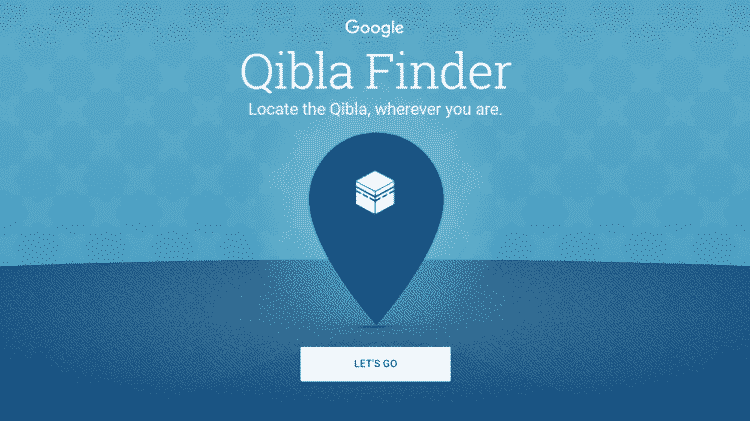 Google has launched a new augmented reality app that will make the lives of Muslims the world over a bit easier. The tech giant has launched its Qibla finder app during the holy month of Ramzan.

The service can work in any web browser. You can even use it with Android and iOS mobile devices which have a compass.

For Android phones, the app requires access to the device camera and location. Once you give the app the required permissions, it turns on the camera and draws a line in the direction of the Qibla. You can then follow the line with your smartphone’s camera to find the Qibla.

iPhone users however, won’t be able to take advantage of the camera-only feature.

How The App Works

We use the location of Kaaba (Lat 21.4224779 Long 39.8251832) and your current location (provided by GPS or manually) to determine the most direct route between two points on the globe, also known as the great-circle distance.

The distance is then calculated using the haversine formula. The line drawn from your location to the Qibla can appear to be bent if seen on a flat map.

Needs a Compass to Work

Unfortunately the app does not work with all phones as it requires a compass. Make sure to calibrate your compass if you do have one in your smartphone.

You can use the Qibla finder web app by heading to qiblafinder.withgoogle.com. It can work on your PC/laptop as well, though it won’t make use of the augmented reality features in this case.

As mentioned earlier, the app will ask for permissions to use your device’s location and camera (location only for iOS).

Earlier Google Maps was used to resolve a dispute between Pakistan and Afghanistan. Contention on the correct border placement arose between the two countries.

The situation was resolved with a Pakistani security official saying that the “officials from the geological survey departments of the two countries will conduct a survey, and they will also make use of Google Maps”.