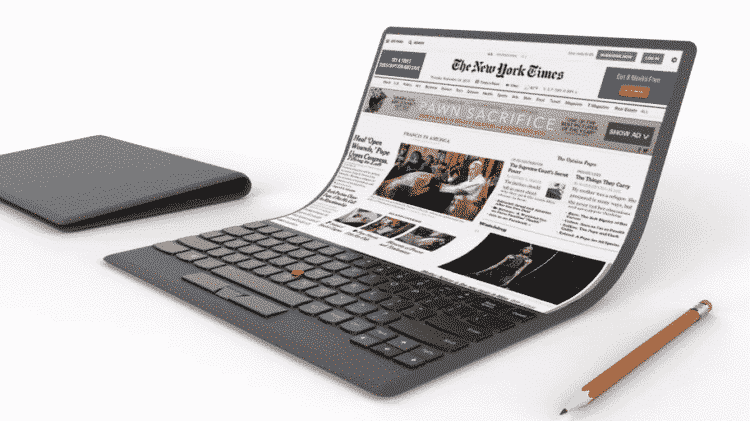 Lenovo has become one of the largest PC OEMs on the back of its incredible convertibles and generally well-designed products, but a new foldable laptop concept by it will likely steal the limelight.

According to the company, their new laptop will come with a bendable display, made using “advanced materials”. The foldable screen is made possible via “new screen technologies”. 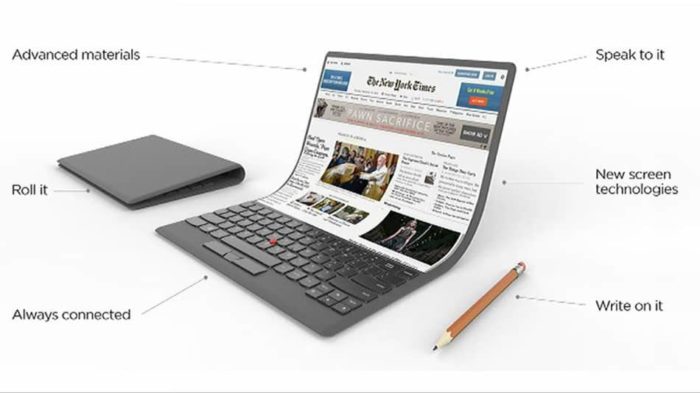 None of the above details are specified, though. We have reason to believe that they are OLED-based, given that is the only technology which can function in such rigorous conditions. Don’t hold your breath since concepts like these tend to have bulky and unwieldy prototypes, a far cry from their originally thin design.

The laptop will also support voice commands for operations. There is stylus support for the display, while the concept is said to be “always connected”.

Underneath it is a Lenovo keyboard complete with a pointing stick, to make up for the lack of a trackpad.

So far, Lenovo has declined to show a functioning prototype for reporters to see. However, it could happen in the near future.

Not The First Concept

Lenovo has designed a similar concept before, having already made a smaller smartphone-sized prototype that could fold around your wrist recently.

Foldable displays could be a reality someday but for the time being they remain a distant concept. We still have devices such as the LG G Flex with bendable screens, though, rollable ones are still in the sci-fi category.

However, one can hope that we see them in the near future. With Samsung said to launch a foldable phone by 2019 and LG working hard on developing its own solution, the future might be closer than we think.