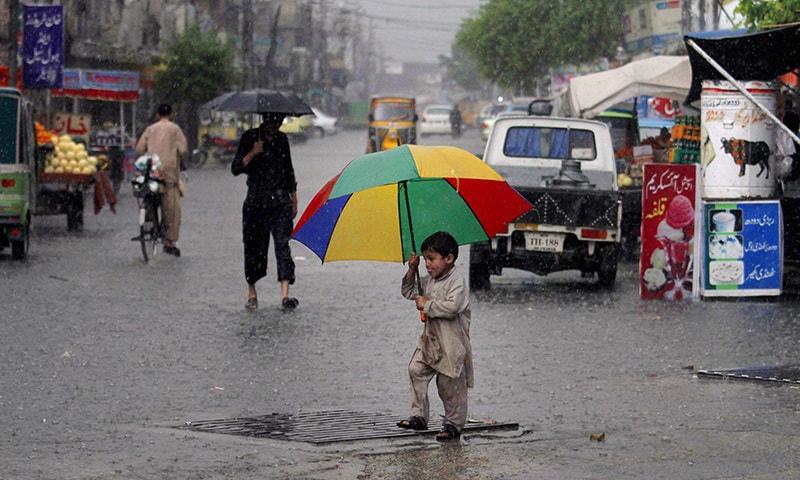 This is pretty usual for a lot of cities and town around the world, but for Karachi it meant feet of water on roads and streets, floods, power break downs, electric shocks, fallen roofs, deaths, injuries and what not.

Reports are claiming that at least 10 individuals were killed during the night and many injured due to rain-related accidents.

Residents of hundreds of buildings are given the evacuation notices due to fears of structural damages that are likely due to heavy rain.

Power is down for hours and life is pretty much at stand-still, particularly in low-lying areas.

Roads are flooded and traffic is on halt.

Images and videos of rain on Twitter and Facebook show how badly the city is prepared for rains. They also show the state of governance in the city and how it’s run and maintained for very basic natural incidents.

#Karachi rain saved people from this criminal who had to abandon his bike and flee on foot pic.twitter.com/wTYY9oQfqI

This is why any sensible resident of Karachi knows rain is generally bad – no bijli, roads becomes lakes

This is how Sindh Rangers helping the citizens of Karachi at this hour of night. I dont know where our political leadership is!!! #Rain pic.twitter.com/IOVqgQaxU5