During the past few years, Artificial Intelligence has sprung up as a solution to a number of difficult problems that have bogged down progress in different industries around the world. From being just a gimmicky virtual assistant in your phone to treating cancer in humans, artificial intelligence has come a long way.

Now, a Pakistani entrepreneur is trying to leverage the powers of artificial intelligence to drastically improve supply chain operations, which can end up wasting a lot of useful resources for different industries.

Born in Lahore, Khizer got his education from the prestigious Aitchison College.After graduating from Aitchison, Khizer was accepted at the University of Pennsylvania, a private Ivy League research university in the United States, and he went on to receive a dual-degree Bachelors in Mechanical Engineering & Economics as well as a Masters in Robotics in a span of 5 years. 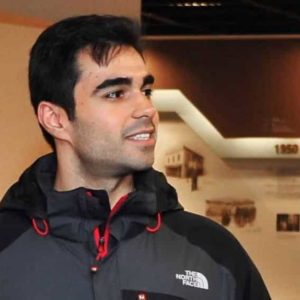 While at the University of Pennsylvania,he also conducted research at the Penn robotics lab and interned at Toyota Motors North America. It was there at the University that he met Ali Hasan Raza, another budding engineer and entrepreneur, who would later go on to co-found ThroughPut with Khizer. 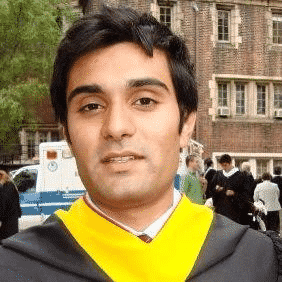 Both of them went on to work for an oilfield services company called Schlumberger Technology Corporation — Khizer as a Manufacturing and Mechanical Design Engineer and Ali as the Geomarket Hydraulic Fracturing Manager and International Field Engineer.

“We originally formed RigBasket in November 2015 when we saw issues with the way parts were being managed in the oilfield,”said Khizer, while talking to ProPakistani about his startup.

“RigBasket then evolved into ThroughPut in August 2016 when we realized that the problem was widespread across all supply chain organizations.”

Formerly known as RigBasket, ThroughPut is an AI startup that helps other companies save costs by eliminating the costliest bottlenecks in supply chain and logistics.

“We set out with the vision of preventing another oil and gas downturn by improving efficiency in the energy industry using tech. What we didn’t originally realize was the magnitude of the problem we set out to solve.”

Their research revealed that there was a severe talent shortage in the global supply chain market, which was the actual root cause of companies not being able to improve their operational efficiency. Their goal is to overcome this gap.

According to Khizer, their AI platform has been developed by a group of engineers from the University of Pennsylvania and Cornell University with backgrounds in operations management, manufacturing, lean six sigma, process engineering and artificial intelligence and with work experience in the automotive, pharmaceutical, energy and FMCG sectors.

“Our system is 100X faster than current manual process at 1/10th of the cost with 3X more accuracy,” said Khizer.

The startup has found a good amount success pretty early in its infancy. Last year, Throughput was selected as one of the “Top 5 startups” at Techweek Dallas, a popular technology festival, in November 2016. Not much later, they made it to the list of “Top 10 Global Startups” at the StartupGrind Global Conference held in Silicon Valley from the 22nd – 24th of February — a considerable achievement considering that the pool involved over 6,000 startups from 80 different countries. 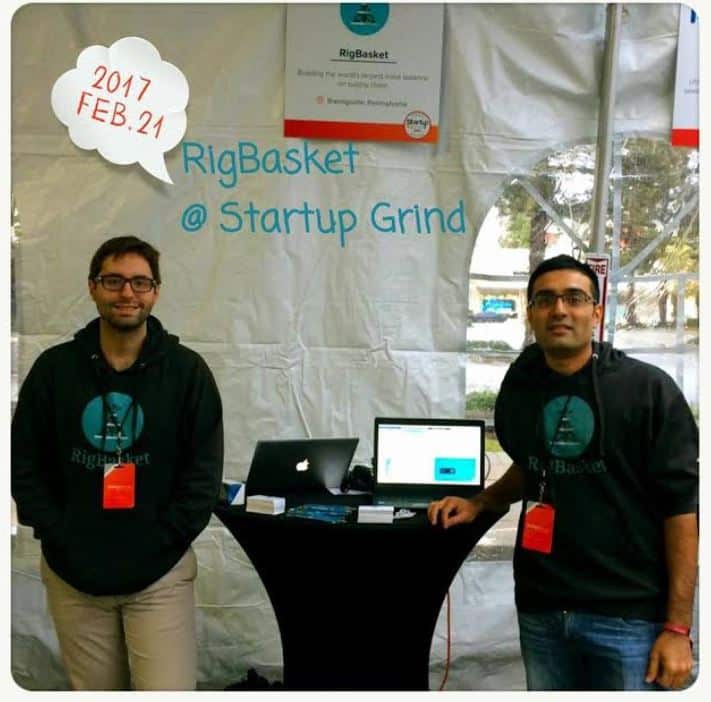 “We were recently accepted to participate in the FedEx sponsored EPIcenter Logistics Accelerator program in Memphis and received investment from them,” added Khizer.

An accelerator program for budding entrepreneurs, EPIcenter Logistics Accelerator program‘s aim is to help startups bring innovative logistics products and technologies to market. Khizer and Ali’s startup is now working with the Research and Innovation Division at FedEx as a part of it.

Moreover, they have also been selected by Plug and Play Ventures for their Supply Chain & Logistics Accelerator program in Silicon Valley. Plug and Play Ventures, a seed and early-stage investment firm which has helped grow companies like Dropbox, Google, PayPal and SoundHound, is also going to be investing in Throughput.

“Currently, we are working with one of the largest logistics distributors in the Middle East as well as a renowned supply chain consulting firm in Japan. Our product is currently being used and tested by users in major consulting organizations like Accenture, McKinsey, BCG etc.”