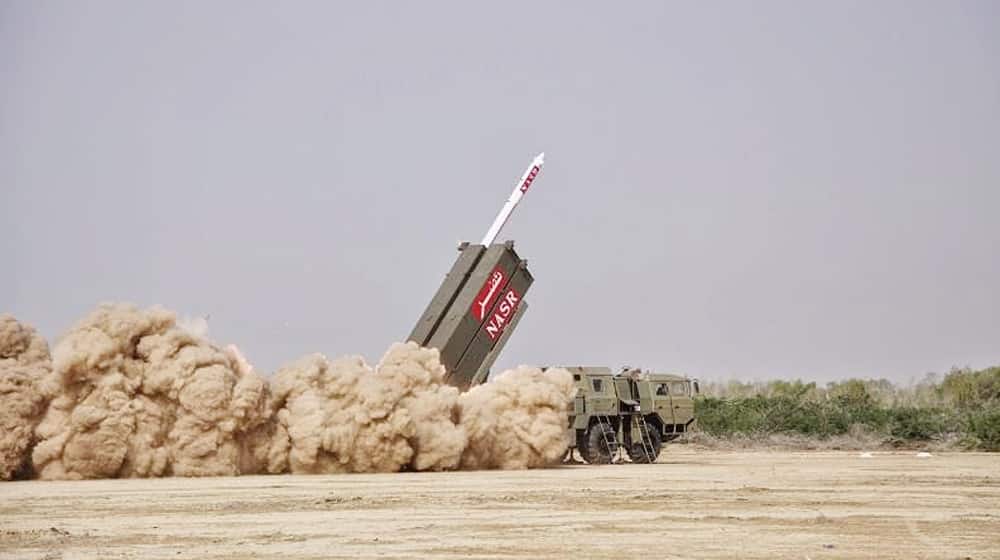 A statement issued moments ago said that Pakistan successfully conducted a series of training launches and tests / trials during the current week for validation of new technical parameters of ‘NASR’ with enhanced range from 60 kms to 70 kms and flight maneuverability.

NASR is a high precision weapon system with the ability of quick deployments.

He appreciated the standard of training and operational preparedness of Army Strategic Force and congratulated the scientists and engineers on achieving this significant milestone towards Pakistan’s credible deterrence capability.

He expressed his complete confidence in effective command, control, safety and security of all strategic assets and measures being taken to augment these.

“You are our real heroes, the unseen, we owe you our gratitudes”, COAS remarked. “Nasr has put cold water on cold start” COAS said. War must be avoided at all costs, he added, and our strategic capability is a guarantee of peace against a highly militarised and increasingly belligerent neighbour.

Pakistan will go to any length to ensure regional peace and stability. We wholeheartedly support all government efforts at peace through dialogue. Our capability is only meant to ensure, no one thinks war remains an option.

Chairman JCSC, Chief of Air Staff and Chief of Naval Staff have congratulated the strategic  forces on the achievement.

President and Prime Minister of Pakistan while conveying their appreciation have lauded the efforts of all those involved in the missile tests and trials.