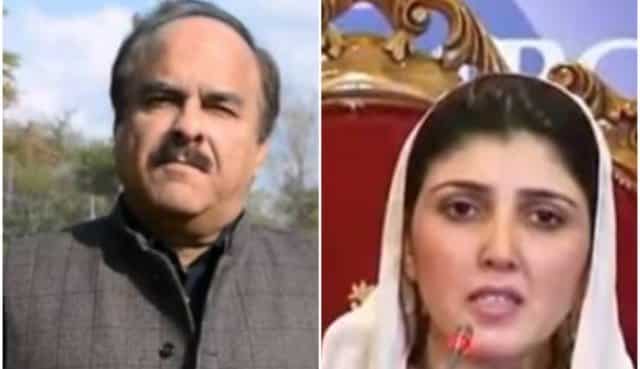 While the news regarding Ayesha Gulalai’s allegations on Imran Khan shows no signs of dying down, there seems to be another twist in the tale.

While talking to a TV channel Gulalai claimed,

“Naeem ul Haque also sent a text after sometime stating, ‘I am alone and want to marry’”.

This was yet another shocking revelation after a string of scathing allegations surfaced on PTI Chairman, Imran Khan.

Late last night, the news regarding messages was confirmed by the official Twitter account of Naeem ul Haque. 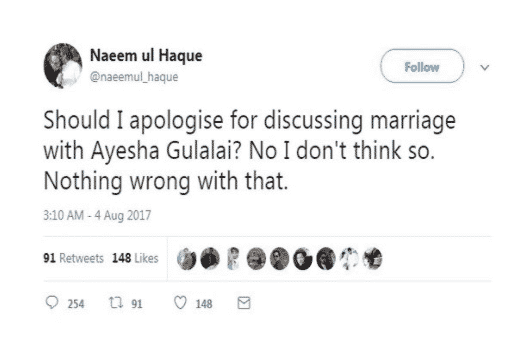 However these tweets were later deleted and later on turned down by Shafqat Mahmood, PTI Central Secretary Information, saying that the twitter account was hacked.

The tweets posted from PTI’s spokesperson’s Twitter account stated that he had discussed the marriage with the ex-PTI leader and that there’s nothing wrong with it. 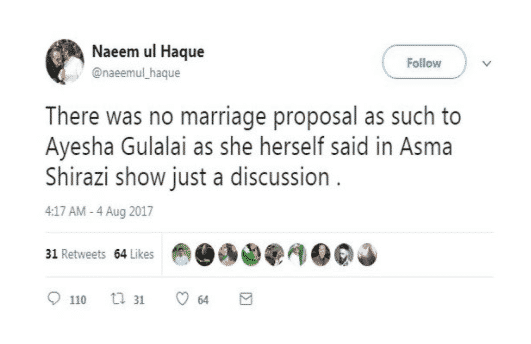 Shafqat Mehmood’s Twitter handle declared that the tweets were fake and were not posted by Naeem ul Haque, stating:

“Just spoke to Naeem ul Haq. He told me his Twitter account has been hacked and false tweets regarding Ayesha Gulalai posted in his name”.

Just spoke to Naeem ul Haq. He told me his twitter account has been hacked and false tweets regarding Ayesha Gulalai posted in his name

It is hard to say who’s right and who’s wrong, however, time is the best judge. Let’s see how things unfold in the coming days.