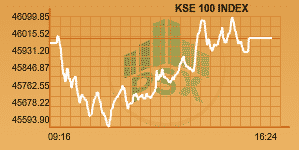 The market extended the losses suffered in the previous session and continued to fall throughout the day but made a quick recovery during the closing hours of trading. It had a volatile movement throughout the day.

The market opened positive but couldn’t maintain it and went down to almost 300 points negative but made a quick recovery back closing in green.

Former Prime Minister Nawaz Sharif is currently heading towards Lahore with his rally by GT road. The march towards Lahore was increasing anxiety among investors over possible clashes, leading to a political crisis.

Overall, trading volumes of All share index surged up to 213 million shares compared with Shares of 368 companies were traded.

The scripts that hit the upper lock were SSGC, SAZEW, ANL and PRL. Top contributors of the market were PSO, ISL, EFERT, MCB and TRG and top laggers were HBL, UBL, ENGRO, PPL and OGDC

K-Electric reported its results for the financial year 2016 that ended on June 30th. It reported an increase in gross profits of 34% to reach Rs 58.176 billion from Rs 43.263 billion in same period last year. 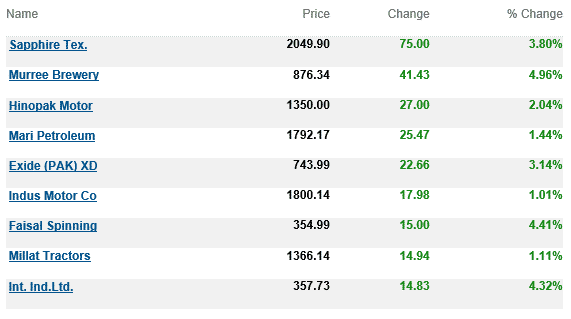 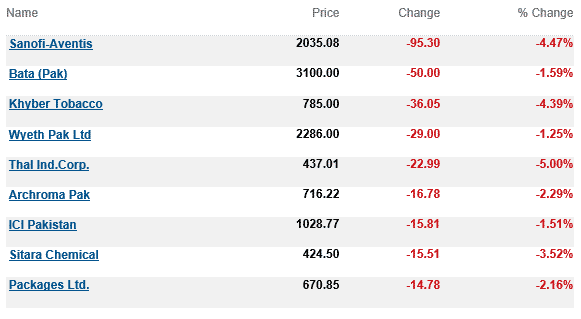