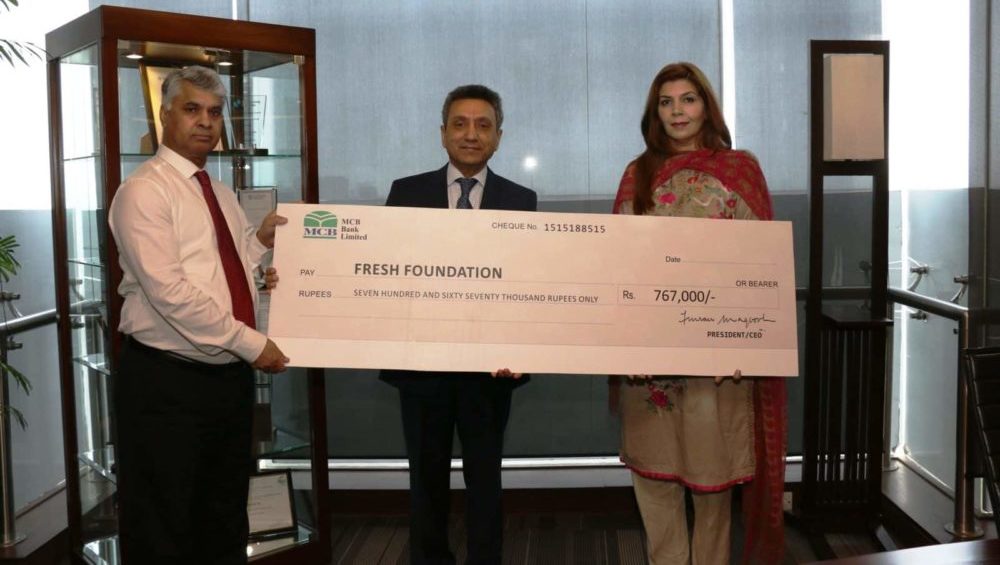 MCB Bank, one of Pakistan’s largest banks, donated a sum of PKR 767,000 to renowned NGO Foundation for Education and Rehabilitation of Special Children (Fresh Foundation) towards the facilitation of education to children with disabilities and special needs.

MCB Bank, is one of the largest banks in Pakistan. The bank operates a strong and vast network of over 1300 ATMs, over 1300 branches in Pakistan and 11 branches overseas. MCB Bank was awarded ‘Best Bank in Pakistan, 2016 by Euromoney & Finance Asia’ and it continues to maintain a strong rating of AAA/A1+.