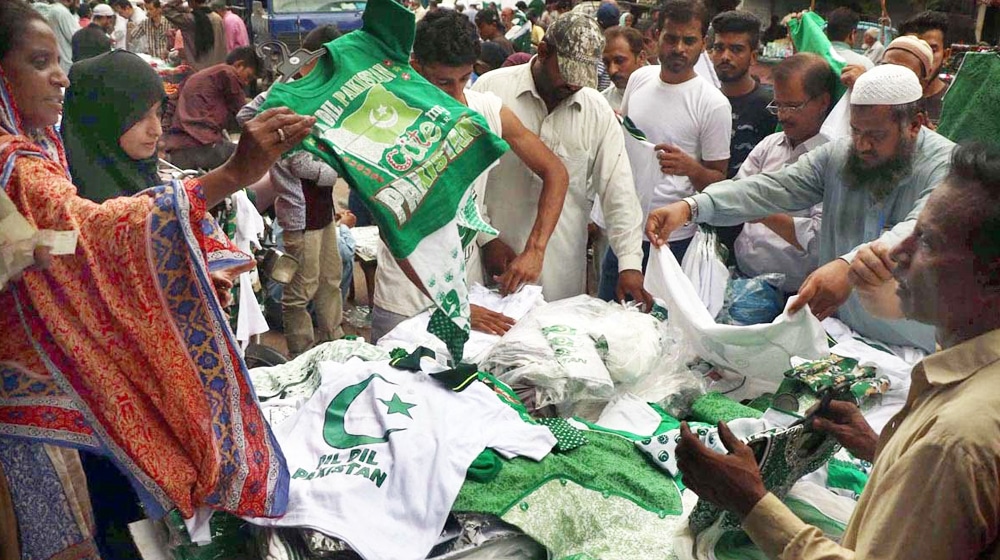 People in Karachi spent Pakistan’s 70th Independence Day on the 14th of August with full spirit. Many people were seen dressed in green and white everywhere, exhibiting their patriotic fervor and celebrating the day with all the zeal and zest.

It was surely a pleasant sight. Thousands of people were seen attending the Air Show, on Sea View, and in various rallies, held in the honor of the occasion.

The money spent by the people on this auspicious day accounted to a whopping Rs. 15 billion, breaking all the previous records by a margin of Rs. 5 billion!

The money was spent on buying 50 million flags and buntings along with clothes, masks, hats etc. The Independence Day related shopping continued for 2 weeks prior to 14th August.

There were various sales held on the brands and all the malls were seen jam packed on the occasion.

We Can Do Better

All the celebrations and arrangements made for the day were no doubt amazing and showed the sentiments people had in their hearts for Pakistan. But in the midst of all this we forgot that we live in a city with ever increasing number of beggars.

It is the same city where thousands go to bed on an empty stomach at night. Perhaps, one could’ve organized mass events to cater to the poorest segments of the society. Some would say that the Rs. 15 billion would’ve been better utilized if the majority of it was spent on feeding the poor or providing for them in anyway. The mass philanthropic efforts that we usually witness in the run up to Eid could very well may have been duplicated here as well.

It would have completely changed the spirit of the day if these people were not forgotten and were showed that they were as much of a Pakistani as the rest of us. Perhaps next year things would be different.