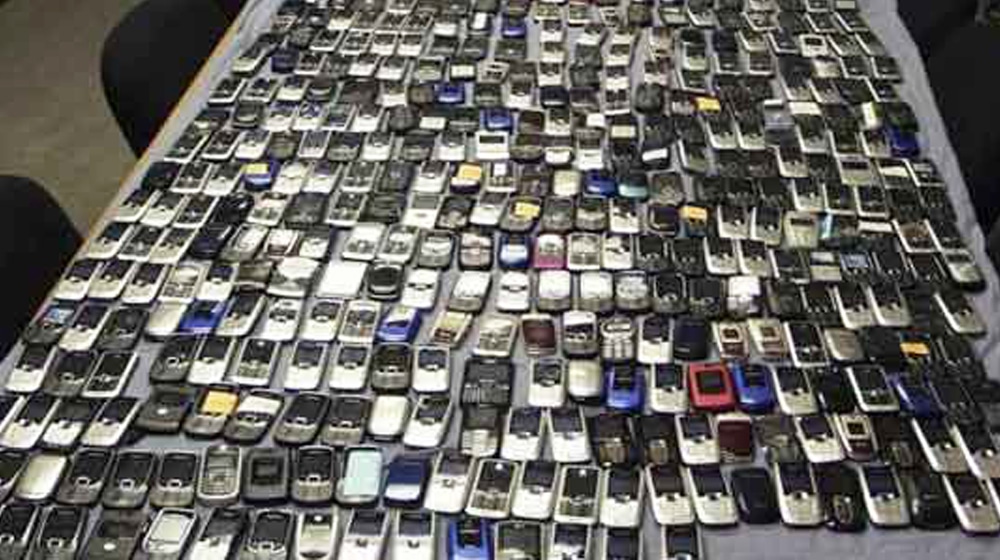 Directorate General of Intelligence and Investigation, Customs, Karachi has been successful in seizing smuggled mobile phones and electric goods worth Rs. 166.16 million which were being removed from the bonded container.

According to the press release issued by the directorate, Superintendent Saif Hashmi, Senior Intelligence Officer Akmal Hashmi, Intelligence Officers Munawar Ali and Yawar Abbas informed that FIR has been lodged against customs bonded carrier M/s. Saifur Rehman & Brothers (Pvt.) Ltd., (Chal No. 773) Karachi, and others who were involved in the smuggling.

A trailer was captured by the staff of ASO and found out about the exploitation of transshipment facility and covert removal / smuggling of Mobile Phones, Tablets, LED TVs and other misc. electronic goods under the garb of computer broken parts.

The trailer with the registration number TKB-682 was intercepted on 10-08-2017 near Mai Kolachi Road, Karachi by the ASO staff.

The shipper and customs seals were found to be broken and off-loading of the bonded goods was being done from the container into Shehzore Mini Truck bearing Reg. No. KP-9342 in the direction of the trailer driver, Adnan and the local cargo carrier, Muhammad Junaid.

Akmal Hashmi informed in a press conference that 174 shipments were being investigated that are believed to be substituted during the shipment coming from Dubai. The data is being reconciled from the Dubai Customs.

Trailer driver Adnan and one Mohammad Junaid were arrested. Search operation was carried out in Honda Vezel Pilot car present there which was found to have an amount of Rs. 0.898 million and a 9MM pistol with two live magazines.

Inventory of the intercepted container

Akmal Hashmi informed that the three persons had been identified including Anees, Moiz and Raheem which are believed to have some involvement in this dirty business and evidences are being collected to prosecute the culprits.

Further investigation is being carried out on this matter.