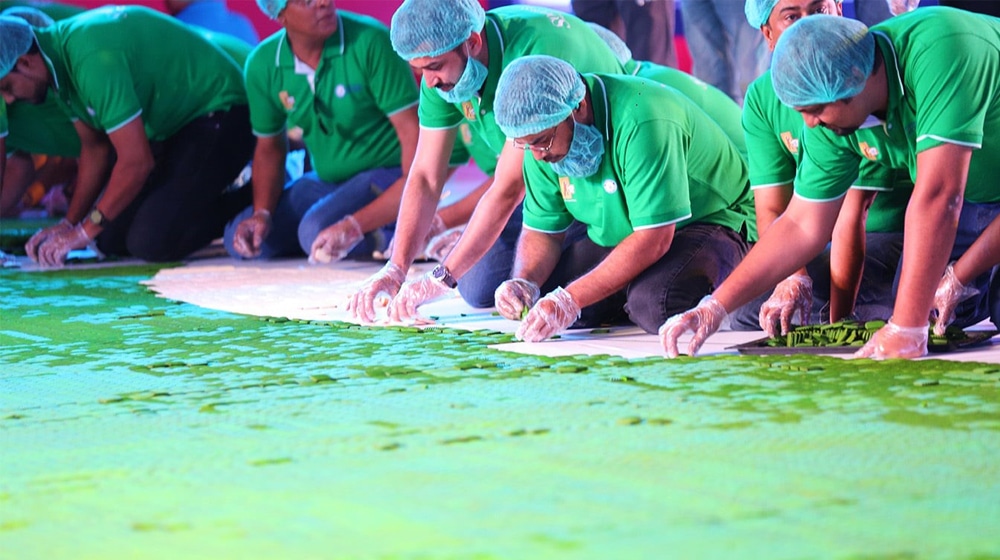 Celebrations of Pakistan marking its 70th year in the world took a new turn when one brand decided to go the extra mile to honor its country.

From decorating houses and streets with lights, to putting up flags and wearing green, Pakistanis have now made the news by making a giant green cookie flag.

The flag’s completion took 6.5 hours with the help of the team along with leading celebrities such as Younis Khan, Shoaib Akhtar, Adnan Siddiqui, Hareem Farooq and Mira Sethi.

Beyond Setting a Record

Dr Zeelaf Munir, managing director and CEO of EBM said that the flag served a greater purpose than just making a record. She added,

We are a nation that is continuously rebuilding, reshaping and pushing forward — no matter what the odds. Our campaign, ‘Sooper Hai Pakistan’, seeks to highlight this by disseminating content that is the exact opposite of what the popular media continues to cover.

After completion of the flag, the biscuits were packed and distributed to well-known charity organisations.

Great care was taken for hygiene and cleanliness while making the flag to ensure they were distributable. The whole process was overseen by hygiene inspectors as well as a surveyor from Islamabad.