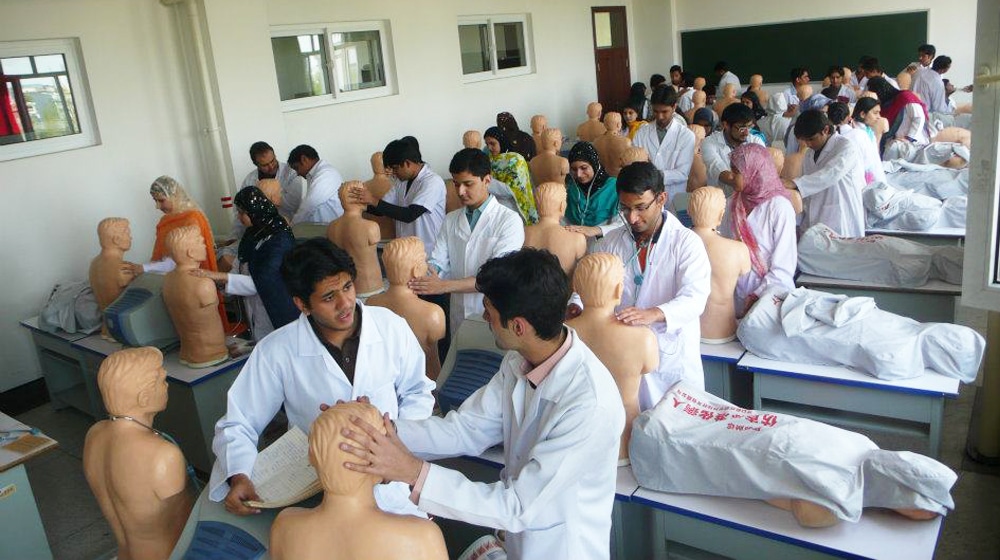 An official reported that the Pakistan Medical and Dental Council recommended an increase of up to Rs. 800,000 in the fees of private medical and dental institutes, in principle.

But it has also informed the colleges that the increment will only be up to the specified limit (Rs. 800,000) if they can guarantee to provide the following facilities:

The colleges will be required to submit an affidavit which says that they will follow the agreement.

Conversely, the administrations of private medical colleges demand that per student fee should increase from Rs. 642,000 to Rs. 1.3 million, keeping in view the annual inflation rate.

The council did not agree with them and said that fee cannot be increased to more than Rs. 800,000 and proposed to hire an audit firm to calculate the expenses these colleges actually experience.

PMDC President, Dr. Shabir Lehri told after chairing a meeting of the council, the matter was taken to Supreme Court in 2010 and it was decided that each student’s fee will be Rs. 550,000 and that it will be increased by 7pc each year.

The fee was increased to Rs 642,000 in 2013 and the council has been trying so that the fee is not increased as private medical colleges have not made good on some of the promises they made.

The council had received complaints that colleges demand bribes in the name of donations at the time of admissions.

He further elaborated by telling that in 2012 regulations, the colleges were advised to provide free education to 5pc of students and majority of the institutes were violating the rule.

“We are majorly focusing on merit and only competent students should be admitted into medical colleges. So we have suggested all colleges display a list of their applicants on its website as well as a list of shortlisted students after admissions. Colleges can demand post-dated cheques from students when they are applying for admissions”, he said

However, the colleges demanding an increase of up to Rs. 1.3 million are required to submit an affidavit saying that they will not violate the terms and conditions.

The council suggested that its subcommittee should discuss this and other matters with negotiation. It was then decided that the demands made by these colleges will be considered subject to central induction and that they will not charge extra money in the name of donation. Furthermore, they will ensure the provision of social corporate delivery for patients, they will not conduct aptitude tests and admissions will be given only on merit.