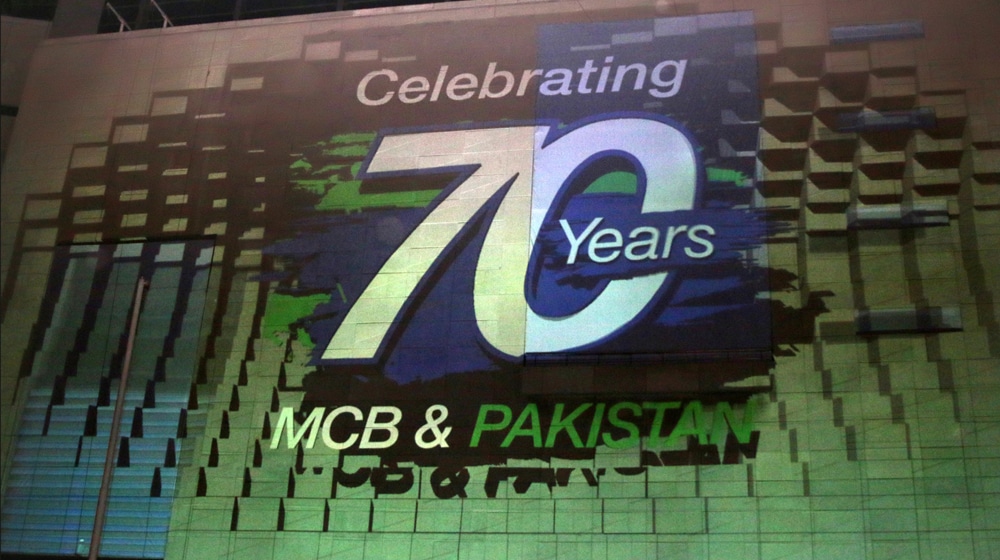 MCB Bank has posted a staggering double digit growth in profits of up to 27% in the first half of 2017.

The bank, which posted a profit decline of 3.6 percent in the first quarter of 2017, has bounced back in the second quarter with 60 percent profit growth year-on-year. The growth was seen mainly on account of reversal of tax charges from the previous year and due to growth in non-interest income.

Overall in the second half, the net markup income of the Bank was reported at Rs. 20.05 billion, down by 14.30% over the corresponding period last year, owing to the maturity of high yielding bonds and low interest rate environment.

On the non-markup income front, the bank reported a base of Rs. 9.68 billion with exceptional growth of 59.76% over the corresponding period last year. Major contributions to non-markup income growth were fees & commissions, capital gains and dividend income.

The administrative expense base (excluding pension fund reversal) recorded an increase of 15.43% over the corresponding period last year. On the provision front, the Bank continued with its recovery trajectory and posted a reversal in provision against advances of Rs. 1.95 billion in first half of 2017.

On the liabilities side, the deposit base of the Bank recorded an exceptional increase of Rs. 110.12 billion (+14.09%) over December 2016, outperforming the industry growth number by a significant margin. MCB Bank Limited continued to enjoy one of the highest CASA mixes in the banking industry of 94.03% with a strategic focus on current deposits (+24%) and savings deposits (+7%) over December 2016. The concentration level of no-cost current accounts has increased to an all-time high of 41% of the total deposit book.

The bank’s total Capital Adequacy Ratio is 17.43% against the requirement of 10.65% (including capital conservation buffer of 0.65%). Quality of the capital is evident from Bank’s Common Equity Tier-1 (CET1) to total risk weighted assets ratio which comes to 15.36% against the requirement of 6.00%. Bank’s well capitalization also resulted in a leverage ratio of 7.27% which is well above the regulatory limit of 3.0%. The Bank enjoys the highest local credit ratings of AAA / A1+ categories for long term and short term respectively, based on PACRA notification dated June 19, 2017.