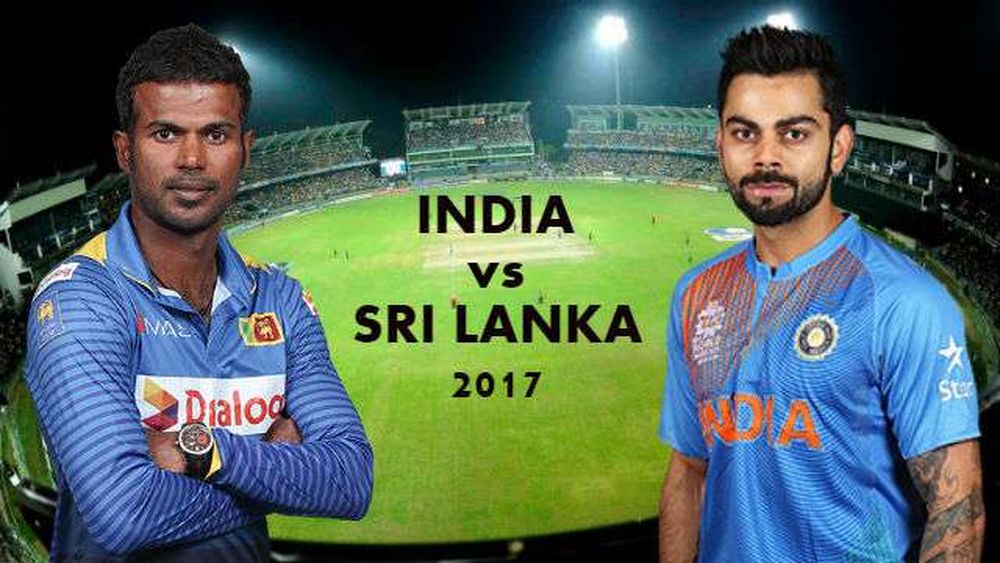 The lone T20I between Sri Lanka and India was played yesterday. India “won the toss” and batted second to comfortably chase down the target of 171. Half centuries from Virat Kohli (82) and Manish Pandey (51*) played a major hand in the final result. However, some disagree with that claiming that it was Murali Karthik the commentator who set the tone for the match.

The final match of the tour, where India outclassed the Lankans to sweep the series 9-0 across all formats, featured something very unusual and controversial at the toss.

Upul Tharanga, the Sri Lankan skipper, tossed the coin and Virat Kohli called for Heads. Andy Pycroft, the match referee, claimed it was tails but shockingly the commentator, Murali Karthik, announced that “its head and India have won the toss”. Overcast conditions made it hard for the Sri Lankan batsmen to bat first and ensured an Indian victory. At least that’s what people on social media are claiming as questions are being raised from all over the world whether the Indian commentator intentionally cheated and the match referee didn’t speak up to prevent controversy.

You can see the video of the toss below (the action starts at the 25 second mark):

As you can see Andy Pycroft raised his hand, as if he was trying to object, when the commentator called over Virat Kohli for winning the toss.

However, there is a chance that all of this was a huge misunderstanding and the umpire made a mistake claiming it was heads when it was not.

It is important to mention here that there’s a lot of noise in the ground and its difficult for the captains to make out what the umpire is saying. The audience, however, can listen it clearly because of microphones.

This is not the first time that such a thing has happened. A similar incident was recorded during the 50 over world cup where the coin was tossed twice and raised serious objections from the cricketing circles.

Regardless of whether there was a mistake or not, it is a must for ICC to televise the result of toss by actually showing the coin. More often than not, winning a toss could mean winning a match. Former cricketers have been asking for it since ages as corruption continues to gain traction in the sport.

Now the question is will this be investigated by the ICC anti-corruption unit or if it will be ignored like many other controversial things regarding Indian Cricket (BCCI). At the very least, ICC should make the toss part of a cricket game more transparent by televising it.

Earlier in July this year, former Sri Lankan great Arjuna Ranatunga, demanded an investigation for the 2011 World Cup final between the India and Sri Lanka. He said that Kumar Sangakara led team deliberately played below par.

Sri Lanka had made as many as four changes compared to the team that played the semi-final against New Zealand. Ranatunga was quoted as saying “Investigations should be done on the World Cup final where Sri Lanka lost to India. The ministers who are talking now need to make sure their actions speak louder than their words. The time has come now for these players to confess on what happened and investigations to be done … I was also in India at the time and I was heartbroken after the loss while I also had doubts about it. I will open up about all this very soon alongside evidence. Therefore, if you are investigating, this is what you need to investigate about.”

Ranatunga was commentating for the ICC at that time, suggested that an investigation be carried out before he reveals the facts. The Sri Lankan Cricket Board has already started an investigation over the recent defeats but what happened at the toss raises even more concerns regarding India-Sri Lanka mathces.