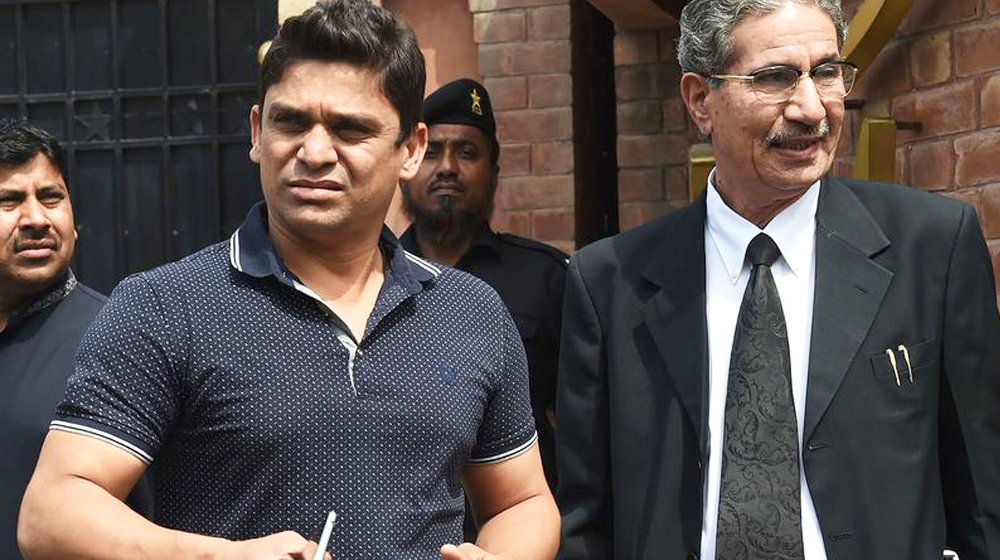 PCB’s three-man anti-corruption tribunal, headed by Justice (retired) Asghar Haider, has reached a verdict and Khalid Latif has been banned for five-years for his involvement in the spot-fixing scandal during the Pakistan Super League.

In addition to the ban, the opening batsman has also been fined Rs. 1 million.

The Pakistani opener faced six charges including persuasion of other cricketers towards spot-fixing. All the six charges were proven beyond doubt, claims the tribunal.

Previously, PCB conducted an investigation against Sharjeel Khan as well where the left-handed batsman was given a five-year ban. However, Sharjeel could get off with a reduced sentence. Both players can no longer play domestic or international cricket and will be kept under observation for its duration.

Unlike Sharjeel, Khalid Latif’s ban isn’t conditional and he cannot make a comeback before 2022 i.e. until the completion of his 5 year ban.

However, the timely intervention from PCB’s anti-corruption unit helped put an end to his schemes as Sharjeel and Latif were both provisionally suspended and sent home from the PSL T20 competition.

During the investigation, Latif’s lawyer — Badar Alam — continued to challenge the constitutional validity of the tribunal and its appointed members but their attempts failed.

This is not the first time a case such as this has been brought to light. In 2010, Salman Butt, Mohammad Aamir and Mohammad Asif were also banned for their involvement in spot-fixing while touring England. However, this isn’t the case. Khalid Latif’s actions reflect a much deeper lying problem which needs to be cut off from its roots.

Despite being the main culprit and the six charges proved against him, ban of just 5 years is not enough.

As with Sharjeel Khan’s case, the tribunal’s decision is also under fire from many former cricketers. Senior players and experts are questioning the lack of transparency regarding the case and how all evidence against the players has been kept hidden.

Some even suggested that decision against Sharjeel Khan was too harsh as their wasn’t enough evidence to suggest that he had carried out any instructions related to spot fixing.