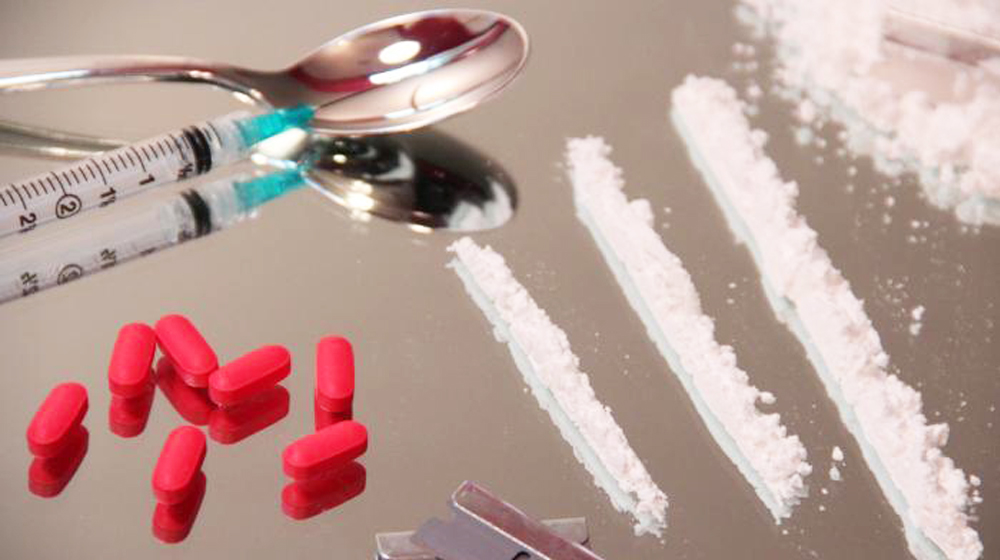 The Anti Narcotics Force (ANF) has recovered 762 Kg of drugs, amounting to Rs 882 million in the international market during counter raids against drug smugglers.

According to press release, the ANF has arrested 17 drug offenders and impounded 4 vehicles in 15 counter narcotics raids conducted across the country.

The drug was placed for transfer to another narcotics gang for further transportation to some unidentified location.

In another intelligence based operation, ANF Quetta captured a Truck at Hoshab Road, Kech and recovered 100 Kg Opium concealed in secret cavities of the truck.

However, passengers and the driver managed to flee from the scene taking advantage of the darkness.

In fourth operation, ANF Quetta in pursuance of information, intercepted a Toyota Jeep at general area near Kashti Chowk, Panjgur and recovered 9 Kg Opium and 8 Kg Hashish concealed in improvised cavities of the vehicle. A person on board identified as Noor Bakhsh resident of Panjgur was also apprehended during the operation.

Later on, 400 Gram Amphetamine was recovered from ingested Heroin filled capsules. He was to take off for Doha by Qatar Airways flight number QR-633.

In another operation, ANF Rawalpindi arrested a suspected passenger Muhammad Rehman resident of Mardan at Benazir Bhutto International Airport, Islamabad while he was to board for Abu Dhabi by Shaheen Airline Flight No. NL-551. During interrogation, he confessed of having Heroin filled capsules in his stomach, which later on resulted in recovery of Heroin weighing 620 grams.

ANF Lahore, while acting on a tip intercepted a Toyota Corolla XLI car near Faiz Pur Motorway Toll Plaza, Lahore and recovered 108 Kg Hashish concealed inside the car. Two drug traffickers persons on board namely Muhammad Shabbir and Muhammad Sawar – both residents of Sheikhupura – were also arrested during the operation.

He was arrested while traveling in a passenger van.

The accused also confessed of having ingested Heroin filled capsules, which later on resulted in recovery of 500 Gram Heroin. He was to take off by flight G9-555.

Later on, 760 Gram Heroin was recovered from capsules. He was boarding for UAE by flight G9-825.

In addition to this, ANF Peshawar intercepted a Toyota Premeo car near main Motorway Toll Plaza, Peshawar and recovered 4.8 Kg Hashish during search of the car. Hashish was concealed inside the rear door of the car. Two persons on board – namely Abid and Sohaib both residents of Kohat – were arrested during the operation.

Two people, identified as Muhammad Amir and Muhammad Saleh, were also apprehended during the operation.

ANF Karachi also seized 290 Grams Heroin by intercepting a Netherland bound parcel being sent through a courier service company based at Karachi.

All cases have been registered at respective ANF Police Stations and further investigations are underway.