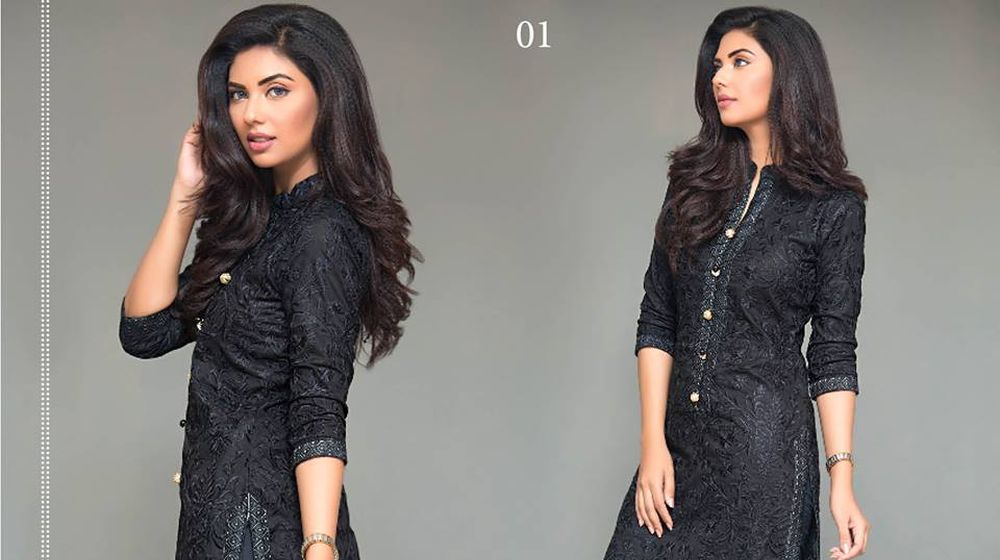 Muharram being the first of the Islamic Calendar, is one of the four sanctified months of the year. Muharram is an Arabic word for “forbidden”. Ashura meaning “Tenth” in Arabic, is tenth day of this month. Muslims all over the world mourn over the martyrdom of Hazrat Imam Hussain ibn Ali, one of the beloved grandsons of our Holy Prophet (S.A.W). He was martyred brutally at the battle of Karbala.

Since the past few years, Muharram has become more of a “festival” instead of a “month of mourning”.

The question that we should ask ourselves is this really right? The way we behave, dress or act, does it portray the part that we are actually mourning over this gruesome act of Karbala or does it show that we are celebrating it?

Clothing brands have established themselves by creating a strong and massive impact on the society. Be it weddings, Eid or Independence day, people go loco when it comes to shopping.

Muharram too, really? Why does it feel like Muharram is more of an Eid now? The most sold cloth during this month is black colored as it denotes the idea of “mourning”. It has become more like showcasing yourself on a ramp in a fashion show with a “Black” theme.

About 3-4 years ago, designers started kicking off collections in black, white and monotones be it pret or unstitched, and launch somewhere between Eid ul Azha and Muharram. This clearly shows that designers are reeling in consumers demanding such sort of an apparel.

This year, major hype was created when Maria.B, a reputed well-known designer, launched her apparel stockpile in black naming it “Muharram Collection”, which include kurties and Ghagra pants. (Official response available at the bottom.)

People are raging a war against her as she received criticism from a lot of people including celebrities. Rabi Pirzada, a pop-singer, tweeted,” Muharram Clothing collection? Seriously?”

Along side Maria.B, many other renowned brands like Amir Adnan, Gul Ahmed and Khaadi launched their collection too but with a different tagline.

Designers now are using the month of Muharram as an incentive for selling their products. People are already making a big deal out of it (and they should), eventually some might start boycotting these brands.

In order to maximize their profits, designers have lost their sense of morality. If I were to put a verdict over it, I’d say that “you need both hands to clap.”

Yes, designers have started up this bizarre trend of launching a clothing line for Muharram but ask yourselves one thing, what or who actually led them to go against the ethics? Market demand of course.

You’ll find tailors busy in Muharram as busy as they are in wedding seasons or on Eid. It goes without saying that most people would be hurt to see this. I reckon that both are at fault here.

In the upcoming years, if this trend keeps up we might see people dressing themselves up in black and bagging up all the bracelets and necklaces instead of actually mourning. It seems some people really have forgotten how to care for others feelings!

Maria.B has officially responded to the allegations and claims that the images being shared on social media are fake.

This ad belongs to STYLE LOFT as highlighted clearly this is a replica which has stolen our image and made a fake MARIA.B. post. Till date,MARIA.B. has never launched a Moharram collection. Please contact STYLE LOFT for further clarifications. We are investigating the source of these fake digital properties and will be taking legal actions against all those who are involved in this highly condemnable activity. 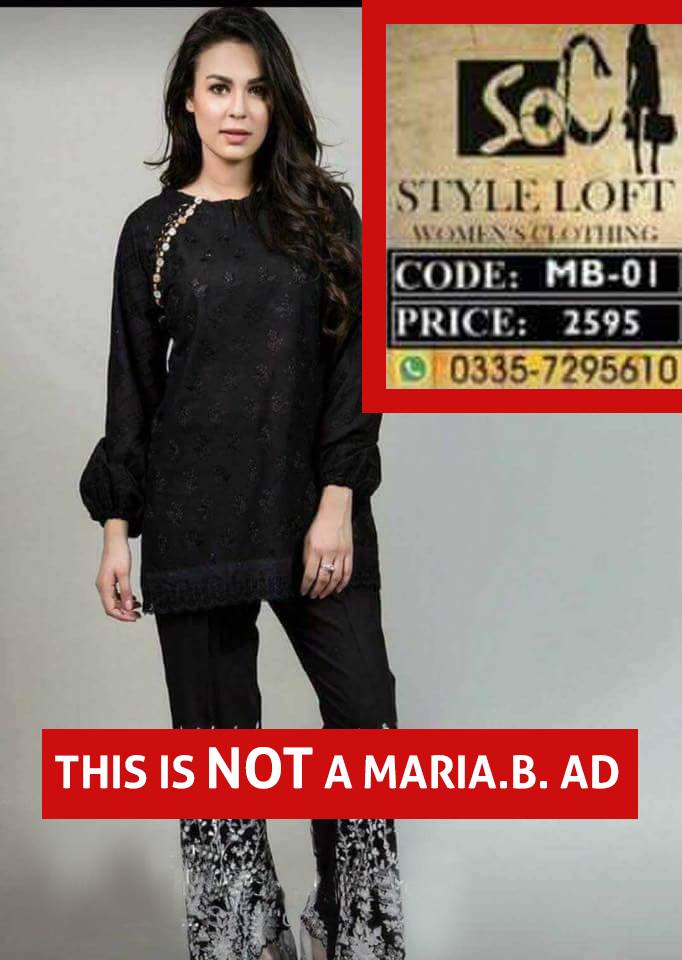