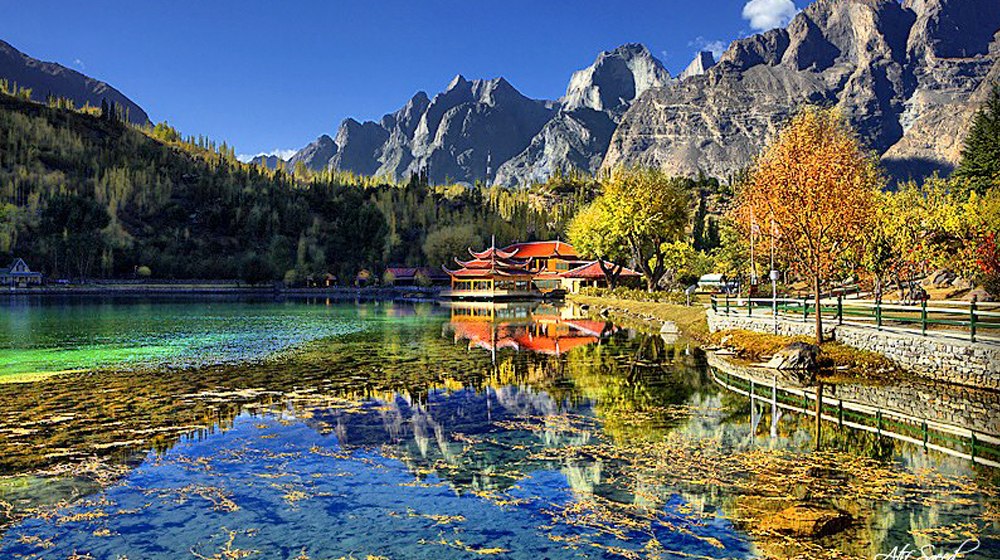 Pakistan tourism saw a major downfall after the 9/11 attacks in 2001. Many started seeing Pakistan as a terrorist state but the conditions of the country seem to have improved since 2014. After the massacre of school children in Peshawar, military started neutralizing the terrorist threats by conducting operations in suspicious areas.

As the security aspects of the country improved, the tourists have started pouring into the country to see the northern areas of Pakistan like the Swat Valley which is also known as the Switzerland of Pakistan. Pakistan barely got any tourists during 2007 to 2013 due to the Taliban threat.

Read More: Pakistan Tourism Websites Are One of the Reasons We Don’t Get Any Tourists

The annual number of tourists have tripled since 2013. Last year they reached 1.75 million. There has been a sharp increase in domestic tourists as well which have increased by 30%.

The KPK government has been at the forefront in trying to improve the tourism industry in the province. Several new projects have been undertaken by the provincial government in order to bring in more tourists and it seems to be working as the province is the centre of attention for local and foreign tourists.

Pakistan is also putting in an effort to make improve its image. This year, posters were put up on the iconic London’s red buses regarding tourism in Pakistan. Pakistani is also putting in efforts to improve the infrastructure to entertain the increasing number of tourists arriving in the country.

Resort spots, like the northern town of Naran, are buzzing with construction work. Many hotels and restaurants are being established for the holiday makers.

Pakistan tourism industry contributed $19.4 billion last year to the GDP, which is 6.9% of the total GDP. It is expected to reach $36.1 billion in this decade.

Many hotels, restaurants are also benefiting from these tourists. Hotel bookings have increased by 80% according to Jovago, the biggest online booking site in Pakistan. 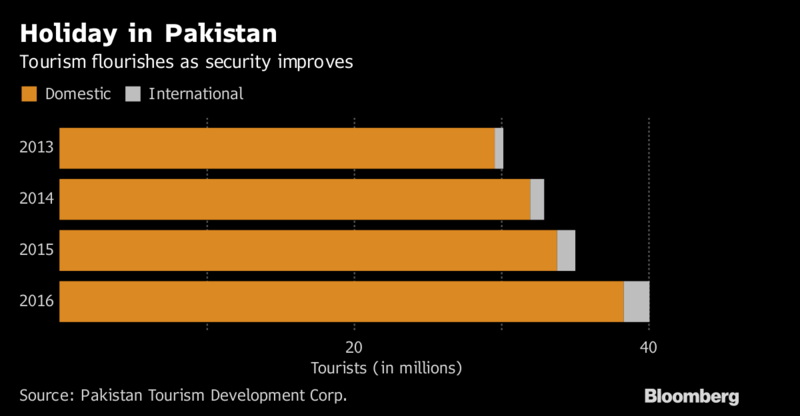 Jhonny Bealby, who is a manager at Wild Frontier Adventure Travels ltd, has been running trips to Pakistan for the past twenty years and said that the tours are up by 60% since last year.

In Bealby’s opinion the main improvement in Pakistan has been infrastructure. “The roads have improved immeasurably reducing journey times.’’

Read More: This Ski Resort in Swat is Evidence of Improving Local Tourism in Pakistan

Many Canadians are also making their way to the snow-capped mountains in the north and the clear blue lakes like Saif-ul-maluk. One tourist in particular said “It’s beautiful — well worth the effort.”

The security challenges are not a 100% resolved but have been dealt with to a large extent.

It is neither easy nor cheap for the foreigners to get visa for Pakistan said Ayesha Siddiqua, who is a research student in School of Oriental and African Studies in London. She also said that Pakistan is not as publicized as a tourist spot as India is making itself a more accessible tourist spot.

Government is expanding their visa-on-arrival services which is currently available to 16 countries reported Mukhtar Ali.

The tourists are also making their way to Karachi which is known for political and gang activities. Super Sawari initiated a sightseeing tour of the city in 2015. They plan to organize more trips like this in near future.

All is well in the tourist Industry which will hopefully prosper in the coming years.